Show Off Your Castello Pipes Here! 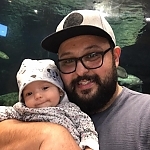 This is my lone Castello in my collection. At one point years ago I owned 7 at one time and all were great smokers as is my current one. This particular one is a Castello Collection Occhi di Pernice Dublin. The pics are not that great, as the birdseye on both sides is much nicer in person. It is a fine example of an Occhio because the birdseye on each side is nice and even and the cross cut on the front and back of the bowl is also pretty uniform. It is was one of my best scores ever on ebay price wise.

Reactions: petes03, otm, highwindows and 6 others

Harris - that is gorgeous, awesome birdseye. I am rapidly becoming a fan of the Dublin shape.

...this one is no longer with me, as I sold it, but it was a damn fine pipe!
A shape 93 egg Old Antiquari

One of these years, but too expensive now for me.

I've been on the fence for a long time. I'd like to buy one, but I heard they're famous for a really open draw.

Now, I know that's a good thing, generally; but some have said it is so open, you have to learn to pack it differently.

What's the opinion around here?

An older Great Line Poker, to the right is a Ferndown.

Reactions: petes03, JOHN72, highwindows and 2 others

Cortez - I have several Castellos that I smoke regularly - I do not pack them differently than any other pipe I own and have never had an issue.

The draw is more open so you have to pack a little tighter,at least on mine which are older ones.

six, thanks buddy.
cortez, I do pack my Castello a tad tighter than my artisan pipes but not that much as my artisan pipes are drilled at around 4mm where my Castello is 4.3mm. They are in my opinion one of the best smoking pipes on the market. I would own more if they came with vulcanite stems. I never had one that did not smoke cool and dry. They can also be had for not a lot of money on the estate market, plenty are available for 150.00 give or take a few bucks. You should definitely try one if it is in your price range, they smoke better than any Dunhill I have owned.

By far my favorite smoker:

It's rather big, and thus It is perfect for a long evening reading or relaxing with a nice movie or some music. The grain is so beautiful that the picture doesn't make her justice. That's the one Castello I'm most proud of

My favorite Castello shape and an excellent smoker.

Not the best of pics but great pipes no doubt.

A Castello was my first fine pipe. It turned me on to a whole new world of smoking pleasure.

Wow , nice military mount. I've got only one, very particular because it has been created for a shop in Milano (a luxury shop selling luxury knives, expensive shaving stuff, pens, etc. and pipes naturally). It has a gold military mount

Thanks Chris, it's a really good smoker and the army mounted system allows to open the pipe even when it's hot without fear, it's nice.
The next one is sometimes referred as "la pescatora" shape (the fisherman shape, even if literally it shoud be translated as the fishergirl). It's an old one, probably from the 60's. As you may notice there is not the usual white bar as logo, but a dot that looks like a little diamond. Of course it's plastic, but shiny like a little diamond.

This is because it was produced for export in the USA. In those times Mr Scotti decided to put a little "diamond" for pipes to export to USA. I bought it used years ago, probably someone who bought it during a trip to the USA ?
I paid it really little money because it was in horrible conditions;so I send it to Castello asking if they could help the poor pipe, and a month later they gave it back to me shining and nice, although there is a little fissure in the interior of the tobacco chamber unfortunately. They "closed" it with ash and honey as it was very little and high in the chamber, an old trick....I smoke it very carefully, not filling it up to the real top of the bowl, from time to time. But it's going great. 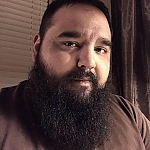 Here are my two. Both are outstanding smokers!

Great looking Castello's guys.
castellarius, that Greatline and the one with the Gold Military mount are very cool looking.