Well, I took some Squadron Leader and added some perique, and it is amazing. I know that a few years back, SG did 2000 tins of SL with perique, apparently the original recipe, well I wasn't smoking pipe then, and have not tried it.
I've always thought SL was good, but sometimes it leaves me a little flat. It's a little lack luster to me, good, but ho-hum. Well, I have a half pound that I've been picking at here and there. I decided to buy some perique to play around with. I added some to a bit of SL, 15%-20% mix maybe, and WOW! It took SL from a so-so English, to an awesome blend.
I'm a big 965, Nightcap, Aperitif,Balkan Delight, Old Dublin, etc guy and this just shot SL into that arena for me. I'm not sure I'll ever be able to smoke SL with out it now.
I have some Commonwealth I enjoy, but I wonder how it would be with perique added...... 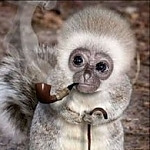 Cool experiment, glad it's worked out. I have 3 tins of the special-edition SL with Perique which I'm interested to try - I think lighter English blends are interesting in the right weather and mood, and that one should be good...