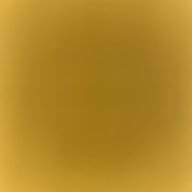 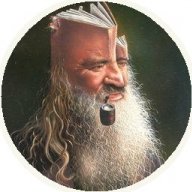 He will be missed.
Reactions: Winnipeger, UncleRasta, PipesRock and 4 others
D

Haven't been on here in a while so yeah this is shocking news. I remember like others when i first came back in 2013 the banters between him and Peck over the first few years. I too used his lists as a guide in selecting blends, having no idea what I was doing, but knowing I was getting good information. Hopefully Peck will at some point visit the forum again and learn of Harris' passing. RIP Harris. We are all saddened by your departure. Blessings to his family and to his good friends, especially to you Mark 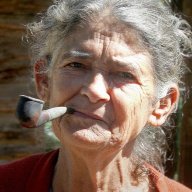 Very sorry to hear this. Prayers for peace for his family and friends
Reactions: gamzultovah, JOHN72, UncleRasta and 6 others 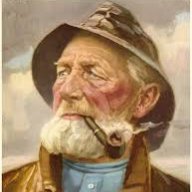 Sad to hear about this. Prayers for his family.
Reactions: UncleRasta, PipesRock, JOHN72 and 5 others 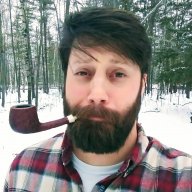 A certain humility had begun to show up in his posts, now and then, over the last several months. The humorously blowhard-ish MO that this punctuated was endearing in itself -- who didn't enjoy it? -- but, it's nice to think that the humbler Harris which peeked through, recently, might have evidenced a soul being better postured for this.

I'll miss him and hope to see him again.

I’ll miss his posts. The place won’t be the same without him.

R.I.P. and condolences to his friends and family.
Reactions: Elric, UncleRasta, PipesRock and 4 others 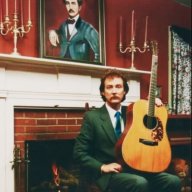 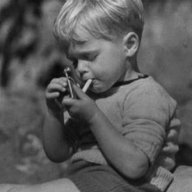 Harris passed over peacefully in his sleep?
Hope you all realise the significance of such a passing.

Please excuse my indulgence but I feel the need to share something that I have not revealed on this forum previously but I'm a clearer of negative entities. [Religious people call me Exorcist
I'm the bloke who's called in the wee hours when families are being terrorised by disturbances or poltergeist activity.

I've sensed the presence of spirits since I was a little kid [naturally it terrified me. My lay-preacher fathers belief that I was under demonic influence didn't help any]
It's too long a story to share in more detail but suffice to say, life up until my spiritual awakening was preparing me with many many inexplicable 'coincidences'.

Working in the funeral industry for several years was the finale of my 'apprenticeship'.
We had the police contract for coroner cases so I've seen some really unpleasant shit.
Just one look and I'd instantly know if the deceased had suffered or not [Injuries were no indication because they often occur postmortem]
Being aware that the deceased's spirit may be lingering, I'd talk to them as if they were there beside me [Do I have some stories . . . . ]

One evening I was called to a home for a deceased elderly man.
When I entered the living room I saw two 40 something year old couples [the deceased's offspring and their partners] standing behind the elderly gentleman who appeared to be asleep in his well-worn comfy lounge chair before a gas heater.
At his elbow on a side table was a pipe and a scotch and water.

There was such a serene and peaceful energy that made me smile.
Looking back and forth to take in the scene to ensure that it was in fact the elderly gentleman whom had passed. [Hey, putting a breathing individual in a body bag would not be good for business]
Forgetting my professional persona, I said "That. That right there is how I wish to pass when my time comes. Your mother walked him through the veil." [I had no idea that his wife had proceeded him. No I'm unable to explain how that works]

Tears started flowing. "I can tell you one thing about your father, he was a good man and I bet he was a great father". His offspring all smiled broadly while nodding their heads. One of the females said "He was the best dad ever" and they all proceeded to share little examples of his love and kindness.

Although I did not know Harris well, just reading the tributes from those of you who knew him and the gentle manner of his passing, I have no doubt whatsoever that Harris was a good man.
Send him your respects and affection [never sorrow or grief, believe me, the deceased feel our pain]

Death is just a new beginning.
It's not ever good bye but rather, until we meet again.
Vale Harris. Hopefully we can share a bowl and a chat when my time comes.

luigi said:
A few days ago seen online it's difficult to believe ...
Sad but a part of life that won't miss any of us.
Let's hope he's in a better place now and we will meet again on the other side.
Click to expand...

Considering that Harris had very good taste in music; one of his last posts he was listening to Physical Graffiti. [Anyone who does not appreciate Led Zeppelin . . . well all I can say is that one can only hope that life improves for them, the poor bastards]

Wish I knew how to upload a youtube vid since your comment is asking for, nay, is demanding the Doors number Break On Through To The Other Side.
I'm sure that Harris would approve if someone could be so kind to help out the technologically challenged. 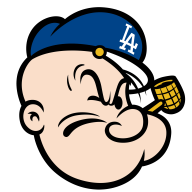 Sending my sincerest condolences. May he be in God's grace.
Reactions: PipesRock, JOHN72, chopper and 1 other person

I really liked cigarmaster and all I can say is this prayer. Hope it's appropriate here:
O Lord God, we come to You at this time of great shock and grief and ask that in Your grace, You would shed Your peace and comfort to all who are mourning this death that was so sudden and so very unexpected.

Lighten our darkness O Lord we pray, and comfort our sorrowing hearts. Pour Your peace that passes all understanding into the hearts of all that are grieving and shower the assurance of Your love on all, at this time of sadness. Amen
Reactions: Blue ridge smoke, Winnipeger, romaso and 10 others

Thanks for posting the photo of Harris in his prime earlier on this thread. Interestingly, he looks very much the person who wrote his posts. It is good when you can put the visual image together with the written communications.
Reactions: chopper, Winnipeger, romaso and 10 others
D 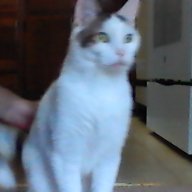 I had spoken to Harris by phone several times over the last decade (wow), typically when his forum shenanigans got him in hot water. On the phone, versus internet forum, you could see that he was a good person. He truly was the definition of a "Character". My thoughts will be with his family.
Click to expand...

I always gotta a slight feeling that maybe just maybe he was trying to push peoples buttons a bit online. And that he liked playing the morally ambiguous semi-bastard. I don't feel like I am articulating my thoughts too good on this. But your statement kind of reminded me of this. It was never a I know what this guys deal is, and more something I suspected.
Reactions: JOHN72, Winnipeger, UncleRasta and 3 others

mso489 said:
Thanks for posting the photo of Harris in his prime earlier on this thread. Interestingly, he looks very much the person who wrote his posts. It is good when you can put the visual image together with the written communications.
Click to expand...

looking at his pic I see how he could get away with being him. That face kind of reminds me a bit of the Don Rickles effect. The I am being mean but we're all having fun so it's o.k..
Reactions: Winnipeger, PipesRock, ThermionicScott and 2 others 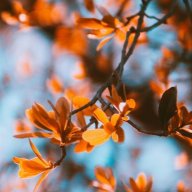