Rodney King was found dead in the bottom of his pool.

According to TMZ, King's fiancée, Cynthia Kelley, told friends King spent the bulk of Saturday drinking and "smoked marijuana at some point," before she went to went to bed at 2:00 a.m. 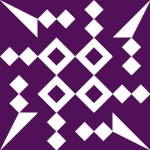 We that count know about you And other young men making this world safer, look in the mirror tonight and be proud, pass it on to another human being when you get well, Love you Man Tbradsim the old cajun 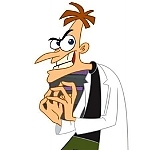 So called "Celebraties", I ignore. They have everthing in the world a person could want except happiness. Things seem to come easier to them and they do not appreciate the "little things" as we do. They make their bed, they can lie in it. Just my opinion!

Can't we all just learn to swim?

I am with you irishsmoker

our media spends so much time trying to demonize our warriors with what they do or how they do it. They have no concept of combat let alone really knows whats gose on or what you guys go through.

Do I care if a warrior pisses in dead al qudia guy hell no they live and thrive to do much worse to us. 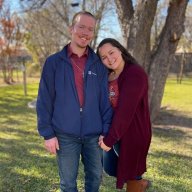 Very well said irishsmoker. The picture hobie posted shows it all too well.

There is a lack of respect for what our service members do in this country. Some things are wrong and I can't explain why but they just are.

our media spends so much time trying to demonize our warriors with what they do or how they do it. They have no concept of combat let alone really knows whats gose on or what you guys go through.

Do I care if a warrior pisses in dead al qudia guy hell no they live and thrive to do much worse to us.
Click to expand...

This will probably get purged, but you CANNOT be serious. Liberal media are scared sh**less to even appear to be anti-military. BTW, the corpses that got pissed on that you probably read/heard about were in Afghanistan. And they almost certainly were not "Al Qaeda." The soldiers ("warriors"? -- WTF?) should be HOME, not fighting for Dick Cheney and Barack Obama's bullshit lies.

There is a lack of respect for what our service members do in this country.
Click to expand...

Sorry, kid, but I'm calling BS on that one. America loves her military more than Jesus. And there's nothing wrong with patriotism and being supportive of people who serve the country in the armed forces, but the idea that the "liberal media" or whatever is anti-military is just some bullshit lie that someone with multiple deferments (like Dick Cheney or Rush Limbaugh) made up out of their you-know-what.

Interesting Fact(?): his fiancee, the lady who found his body, apparently sat on the jury which ACQUITTED the LAPD officers accused of beating him. Can this possibly be true??? My recollection is the trial was moved out of LA proper and tried by an all white jury. Two of the four officers were later convicted of FEDERAL Civil Rights violations and served two years ( why this doesn't constitute Double Jeopardy scares and confuses the hell out of me).

Not to hijack the thread, I have vivid recollections of four Immigration Officers (normally armed but not carrying their firearms at the time) close to losing a struggle to restrain , handcuff and place in a holding cell, a not too large male immigrant who had just learned he was going to be removed from the U.S. for repeated violations of Immigration Law. And he WASN'T " under the influence." One the Officers had his nose broken and another sustained a painful shoulder injury. My pride suffered permanent damage.

The detainee filed a complaint , but in this case the video supported our actions. The point only being someone who doesn't want to comply with so-called "lawful commands" can become really violent and exhibit almost super-human strength. That was the basic defense of the LAPD officers. Probably only 5 people knew what really happened that day and now there are but 4.

KIng received nearly $4million in damages from LA; what it bought him is still in question.

All I will say is GOOD RIDDANCE

Grizzly, why would you say that about someone who just died? He was a troubled soul, to be sure, but by my recollection he was a very forgiving man who struggled both with life-long addiction and the spotlight that was thrust upon him by the circumstances of history. Had I been beaten like he was, I would never have forgiven the people who did that to me. But he did. Maybe he was more of a Christian than I'll ever be. RIP.

look i struggled with alcholiem and anyone can sober up and stay that way if they so chose.

funny enouh he didnt learn his lesson the first time

Listen, urinating on your enemies" bodies is not something I can support. But whether or not they were Al Qaeda or Taliban, what they certainly weren't were friendly, caring guys who spent weeks learning to fight under the stipulations of the Geneva Convention; nor were out and about selling Girl Scout Cookies.

Let's not any of us underestimate the horrible brutalities of this or any other war or atrocities(SP)commited by both sides in any major conflict. The American military is generally held to much higher standards, however, and generally meets or exceed those standards.

You don't have to be a flag-waving patriot to acknowledge (if not celebrate) the heroism and sacrifices of today's service personnel nor anti-American to regret those acts which do not reflect our values.

Off my soap box and soon to bed.

He taught us all a great lesson . When four policeman tell you to stop it probably your best option to do so .