Okay bear with me, this leads to tobacco I promise.

I remember reading somewhere a few years back that a study was done of carjackings in DC.

They determined that vehicles from three certain states were less likely to be carjacked than others.

Some number cruncher or other looked at it and in DC ranking, even under California plates which are clear on the other side of the country and less frequently in DC do to driving distance, the least car jacked cars were registered in,Texas,Tennessee,and West VA. Now I live in WV and it's only about two hours to get to D.C. for me and there are plenty of West Virginians who commute to DC for work, it seems unlikely that numerically California plates would be carjacked more often with fewer opportunities to do so.

The people running the study must have thought the same thing, because they went the extra step and interviewed convicted carjackers to find out if there was a logical reason for this disparity in numbers. The answer they received was somewhere along the lines of "The rednecks will shoot back, most of them carry guns in their vehicles,etc..."

Okay now on to tobacco. I have noticed that tobacco is less expensive in WV than in almost all of the states I frequently go through.(MD and PA are both significantly more expensive with VA being closest and on occasion cheaper)

So to my smokers in Tennessee and Texas, less tobacco tax where you guys are than other states?

And does it have anything to do with the states mentality? Or do you think the lawmakers visions of the issues that would arise given a bunch of armed rednecks going through nicotine withdrawal simultaneously?

Perhaps there is some advantage to being perceived as the hillbillies from deliverance :lol:
Also before the thread gets out of hand

A: this is intended to be mostly humorous, not an open invitation to go on political rants

B: there are a few West Virginia misconceptions I'd like to clear up

C: and this ones important "It's meant to be humorous"

Interesting that you think Pa is expensive. The only tax we have on pipe tobacco is the 6%sales tax. Pa is pretty protective of tobacco interests because of the number of tobacco companies located here. In NJ it is something like 60% and in NY it is even more. I'm not familiar with pricing in W.Va.but I think Texas has no sales tax so that's a big difference. 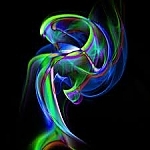 In Texas, just about any law that increases the cost of anything or infringes on our own decision making is always met with much consternation. The best example of this is the motor cycle helmet law. It is not required to where one in the state of Texas. And this is not for lack trying on numerous occasions.
To your story on the car jackings, I was a volunteer fireman for many years. In Texas , fireman are trained to approach a car fire from the driver side or front of a car. This is because if there is a gun in the car it is most likely in the glove box or under the seat.

Pipe tobacco is slightly higher in PA if my memory serves, not much like 25 cents on the tin or something, but that may have just been because of where I've shopped for it. Nails are about 2 bucks on the pack more expensive in both MD and PA(my girlfriend lives in PA and buys a carton every time she comes down because of this)