I think, as some of us may, that why not opening a single thread for Penzance and Stonehaven exclusively?

I third, or fourth- the motion for an Esoterica sticky. That way all the Esoterica-heads still have a place to say "I finded thum thonehaven!!"- without bothering the rest of us.
At one point not too long ago- there were nine or ten Stonehaven/Penzance threads in the recent discussions... At the same damn time! 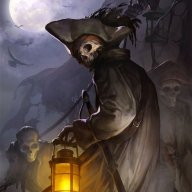 "I finded thum thonehaven!!"- without bothering the rest of us.
Click to expand...

No doubt that there are numerous threads about S&P, and there always will be. But, they obviously have a title which includes the name of S or P, so if one isn’t interested in it... simply ignore it. Seems pretty simple to me. 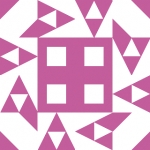 I say we ban the creation for anyone to post a avatar of them playing guitar!!!

I mean come on!!! how many times have I seen this before here!!!
really???
DONT CLICK ON IT CLICKHOLE!!!!
what burns me is assholes like you who want to tell people on this forum what NOT to post about?

Oh, excuse me, I forget you OWN this forum...
There is something worse, VERY WORSE then posting about a penzance and stonehaven, I bring you the NooB....
NooB here-What tobacco should I buy?

N00B here- What pipe should I get?

I have only 20 bucks to spend, what should I buy?

Can someone tell me where the closest tobacco shop is on mars?
I mean get a grip asswad. if you don't want to read about it, DON'T CLICK ON IT!!!!
I've posted twice in the past month or so regarding penzance, only to say that it's in stock at "tobacco shop".
If you're not looking for penzance, then why would you even open the link up?

If you have NO interest in Penzance or Stonehaven, THEN DON'T OPEN THE LINK...Easy as that...
Now go'on yonder playin' wit yer geeeetar!
Lostandfound, maybe you head is still lost up your ass..."without bothering the rest of us" as If you're MORE important than those who post about penzance or stonehaven??
The last time I check, Its a pipe smoking forum, not a pipesmoking fourm except when you want to post about 2 esoterica Blends!!!!
PS- I have Six 8oz bags of stonehaven and Penzance for sale, 35 bucks each. While cheap I will still make about 5 dollars profit for each bag sold!
PPS-I'm at work and can't take any of my valuable time or I would criticize everyone one of you for even thinking that banning the mention of 2 tobacco blends is a good idea. Consider yourself lucky, and if I get banned, I'll consider myself lucky.

^^ Jeez... get a grip on it my man! There is absolutely NO need for name calling! Also, if you bothered to read the OP's post. he clearly sated that it was said tongue in cheek. 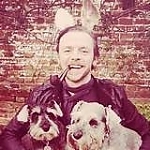 Maybe he had a dried out rancid bag of Penzance that he paid $180.00 for on eBay.

A cob and a tin of OGS. :mrgreen:
NooBs are what we are here for.

Can someone tell me where the closest tobacco shop is on mars?
Click to expand...

I still haven't gotten a damn answer to that, and I've asked numerous times! :twisted:

Yeah, that seemed liked the obvious place to me, but they don't deliver to earth. But hey... at least you took the time to finally give some help! :wink:

Hahaha...man, this is getting good.
Gotta keep coming back to this once in a while.

Hey sjpipesmoker you never replied to my offer for some stone haven... I really hope it's not on Mars.... But its most likely. 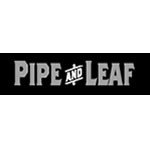 I will then PM you to advise...

"I would pay a premium for this stuff..."

"I have X number of tins and paid less than $Y for them."

Well this has been interesting.
Some colorful language has been applied by some members to others. We have had our motivations and the worthiness of our posts analyzed and evaluated and defined for us.
Which, reminds me of a story.
Many years ago there was a brilliant screenwriter by the name of Herman Mankiewicz. He started out in the newspaper game as a correspondent and later worked as a drama critic. He wrote numerous articles for many of the leading magazines of the day, became a member of the Algonquin round table, and was fabled for his fast talking wisecracking cynical wit. Eventually he went to Hollywood where his only competition "was idiots". His success in Hollywood was instantaneous and he soon became the head of Paramount Studio's scenario department. But his problems with the bottle eventually cost him his career.
One of his friends managed to get Herman a gig at Columbia Pictures, referred to in the industry as "the Germ Of The Ocean" run by the opinionated and despotic Harry Cohn. Fearing that Cohn's crude persona would collide, lethally, with Mankiewicz's sense of the absurd, Mankiewicz's benefactor made him promise that he would take his lunch in his office and never in the studio commissary.
All went well for a while, until one day said benefactor entered the commissary and, to his horror, found Mankiewicz seated at Cohn's table. Cohn was expounding on his infallible system for predicting whether a film would be a hit or a bomb. According to Cohn, if his "fanny wiggled" during the movie it was going to be a dud, and if his "fanny didn't wiggle" the movie was going to be a hit. The table grew silent as all around nodded their agreement at Cohn's sage observations. The silence was broken by Mankiewicz who proclaimed, "Imagine the whole world wired to Harry Cohn's ass!" Exit Herman Mankiewicz.
We have people who seem to believe that the world should be wired to their posteriors. Thank you, but I prefer to have mine left alone.
Smoke what you like. Like what you like. Dislike what you dislike. Share about it or don't. Read what you want to read, ignore the rest. Believe what you want to believe, or don't. Agree. Disagree.
Whatever.
This is a forum. Goes with the territory.

Trouble is... Whenever my head goes a wandering about, I usually DO find it up my ass. No offense taken.

"I would pay a premium for this stuff..."

"It may not make your ass wiggle,

but mine gets biggy jiggies with it"

That picture is awesome Troy...new screensaver!!