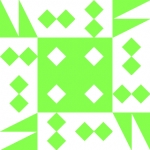 What can anyone tell me about a Preben Holm BRITTA BECH model? I can't find out anything about this specific model.
Thanks,
Jon 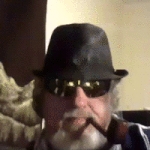 ebay link
If this is yours, I like it a lot!

Hi Hawke, no that's not mine. The one that I just got is in mint condition, it has never been smoked at all. I just got it off ebay last Friday and I received it at home today just in time for Christmas!! I just can't find anything written about this model anywhere. By the way my pipe puts the one in the picture to shame.
Merry Christmas :

This was another line that Holm carved, outside the Ben Wade contract pipes he was producing for Snug Harbor/Lane. I think they were mostly carved in the mid to late 70's or early 80's. They are one of a number of projects Holm carved, such as the Monte Verdi series, the Rungsted Mariner series, etc. Some refer to these as seconds, but I don't think that is accurate, merely another line from a carver.

I would enjoy pictures, if you could post some. The BB pipes were a mixture of blast and smooth finishes with an occasional horn finish on the shank.

By the way my pipe puts the one in the picture to shame.
Click to expand...

Above Post are the photos of my Preben Holm Britta Bech. I am having a hard time posting my Avatar and all Photos so please bare with me.
Thanks,

@Jonathan to post pics you copy picture link, hit the IMG paste into where it says paste img link. Very nice pipe by the way.

Andy, my son posted for me because I hate to say that I'm not very computer literate. I can post and reply to entries but anything else is beyond me. I really am trying to learn but directions just confuse the sh%t out of me.
Jon :puffpipe: :puffpipe:
I can't even post the photo for my Avatar and neither can he, could a administrator do it??
Jon

I think the avatar has to be within a specific size range, so you may have to downsize the picture.