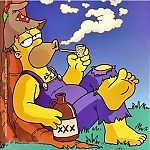 I recently got a second pipe, I would call it normal size. My first pipe is a small bowl, short pipe. Both are made of briar. I really like how the larger pipe smokes, it is cooler and has a better draw. The flavor of the tobacco is also better in it. What I don't like as much about it is how tall the bowl is, if I fill it I use more tobacco than I am comfortable spending. I have tried not smoking the full bowl, but enjoy fresh tobacco when I want to smoke again. I also don't like trying to light a bowl with the tobacco far below the rim. I am wondering what attributes are making the normal sized pipe a better smoke than my nose warmer. Is it the stem length, the internal diameter of the bowl or stem? Do you have any recommendations on a pipe that holds a smaller than normal amount of tobacco?

It's all very subjective. With some of my larger pipes, unless I have a lot of time, I like to smoke them intermittently. Most blends only improve with some drying, so I don't find that a problem. Small pipes are excellent for short smokes, sampling, and longer smokes with flake/coin/plug/rope, which sometimes take a Group 2 up to what ribbon tobacco takes in a Group 4. Try it a few different ways; I think you'll find pipe size is less limiting than you think.

Maybe pick up a cob or cheap hardwood in a few sizes. from there you can maybe judge the size to get in briar.. just a thought

I had to look up the pipe size reference you used mso489.

Thanks for the response to this thread, and the one just linked.
Besides the size of the briar, what style do you like for the small amounts? Churchwarden, nose warmer, tall and narrow bowl, short and wide bowl?

Explore the possibilities with: https://www.smokingpipes.com/search/the-pipe-locator.cfm

I was just about giving the same recommendation as Mr Cortez did, generally speaking french manufacturers still offer a wide range of pipes with smaller bowls size,squat bulldong among those is my personal favorite,I'd suggest the take a look at pipe.fr if you're interested in traditional shaped smaller bowl sized pipes.

I liked the pipes by Ropp a lot. I am getting the idea that pipe selection is more of a personal style/art choice. I guess "a pipe is a pipe" in function, and it makes more difference how it is packed and smoked.

The Peterson 80s shape is a good smaller bowl pipe. It's a great shape, because it feels nice in your hand, because it's rounded and thick walled. Since it's thick walled and conical bowl shaped, it's bowl volume is relatively small for a 'normal' sized pipe. 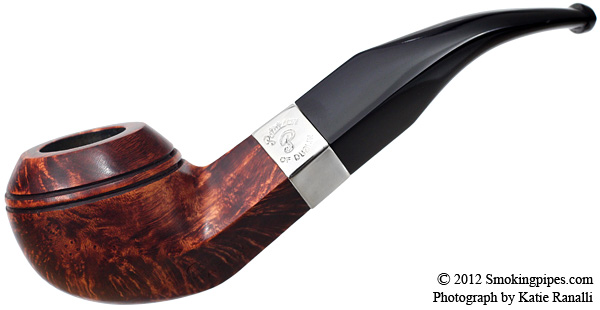 I like the 80s too! In my experience the most comfortable pipe ever -- whether in hand or clenching.

Simple answer to your query. Look for a mid sized pot shape. Less height to width. You get the benefit of wider surface area and chamber, which usually translates to better flavors with complex blends, and you avoid having to deal with a giant bowl of tobacco.
Of course, a lot of other factors contribute to getting the most from your tobacco besides the chamber shape. Drying your tobacco until it's very dry before lighting it up is #1. Packing your tobacco so that it is lightly firm while being an easy draw is #2, maintaining a slow sipping cadence so that the blend is merely simmering during the smoke is #3.
Smoking a pipe isn't rocket science, but it is 25% equipment and 75% technique.

Wider bowl is what I will look for, thanks for your input sablebrush52. It's nice to get the variety of feedback here. You all are a friendly bunch. I do find less need to relight my pipe now that I am getting close to the bottom of my tin and the tobacco is drier. Less relights means less hot inhales, and a more comfortable pace.

I keep plugging Ewa French pipes sold by Iwan Ries, among others, which are good quality French pipes in small sizes, mostly Group 2. They are moderately priced but produced by the intense pipe culture in France so smoke well above their price points. They do some shorter churchwardens and some useful pocket pipes, among others. I like my Peterson Belgium Rustique, a Group 1. I have a couple hand made smaller pipes by Jerry Perry, a pocket tomato/pot with a thick shank and stem, and a small freehand bent pipe made of Cocobolo, maybe a Group 3 -- but you have to intercept Jerry at the N.C. State Fair or the TAPS pipe show; he doesn't do online sales.

Bright-
Hold your flame further away on relights: No hot inhale.
I don't often disagree with sable, but I hate pot shapes. YMMV.

I measured the chamber diameter of my smaller pipe at 0.56in. and in my larger pipe 0.75in. The Peterson 80s has a listed diameter of 0.81in. on Smokingpipes.com. I think I will save up and keep an eye out for a good price of this model.

I visited my local B&M today, Milan Tobacconists. I think it is cool that they are also sponsors of this site.

I strolled in off the street dirty from my landscaping job and was a little nervous about my disheveled appearance. It was for nothing, they treated me like royalty. I got to hold different Peterson 80s pipes they had in stock and was even given a tour of their walk in humidor. I now have a couple of cigars I want to buy in the future. First class people, continued to treat me well even when they found out how poor I was. I ended up getting a tin of Davidoff Flake Medallion and a couple bags of pipe cleaners. I felt good buying from them. They even have comfortable lounge chairs and a smoking bar. I feel better about choosing the Peterson now that I've gotten to see it in person. Thanks for your suggestions and comments to this thread.

Nothing like being treated like you are in a higher income bracket. I had a similar experience buying a box of cigars to give out when we were expecting my son.
As for the smaller style, you really need to hold each pipe to see what you like. That Peterson looks great!

For your third pipe perhaps you should consider one of the american made briar (these are the ones that look like wood) billiard r made by dr grabow or yello bole. They are tiny, sounds perfect for you. As for myself, nothing I hate more than a small pipe, especially when the stem length seems disproportionately long in comparison to the height of the bowl. I can't stand that. Big large pipes for me with deep bowls for good long smokes

My advice is not to buy a small pipe to smoke less tobacco at a time to save $, but instead pay less for the tobacco you smoke. A lot less. Don't waste money on tins, smoke blends that come in bulk. And I dont mean smoke cheap shit either, smoke bulk GH great deal