Got a new pipe saver sleeve by Savinelli today, the 15 y/o one I have was getting a lazy zipper. 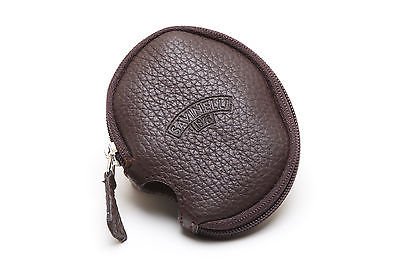 I've never seen one of those before. Are they really called pipe bras?

Sleeves, bras, extinguishers, it puts the pipe out rather quickly so you don’t burn a hole in your pocket and has it ready to smoke again once removed, been using them for years, comes in 3 sizes.

Ah, I was hoping this was some hot model in a pipe printed bra. Way to get my hopes up and then crush them, Banjo :rofl:

I thought we agreed on manzere?

I'm a fan of just putting my thumb over the chamber.

How have I missed the existence of this accessory? I don't carry my pipes around enough to use one, but I do often smoke in installments, so this has an inherent appeal. This is so much better than having to park a pipe on the window ledge outside an office or a store in hopes it won't be stolen in the meantime, which I've done from time to time, with no loses yet. On my way to an event with security, I once buried my pocket knife at the foot of a landscape bush and retrieved it later. In "the old days," no one would have thought of relieving a gent of his pipe or his pocket knife, but we aren't in Kansas anymore.