Our featured interview on The Pipes Magazine Radio Show tonight is part two with Sykes Wilford and Antonio “Tony” Saintiague from SmokingPipes.com. SmokingPipes.com is approaching their 20th anniversary, and we have a special two-part interview to help celebrate it. Tony was with Sykes in the early days, and held several different positions over nine years before leaving in 2009 to continue his education. (Incidentally, this is when our show host, Brian Levine, took over as General Manager of SmokingPipes.) Tony still attends major company events and some shows. We’ll have some great stories from the early years. At the top of the show, for our pipe parts segment, Brian will have a review of Solani Yellow 633 Virginia Flake. 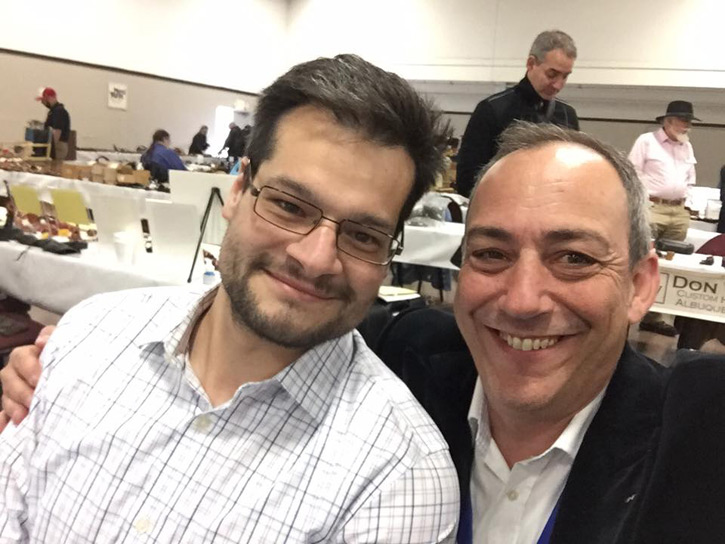 Sykes Wilford & Brian Levine
Reactions: LOREN, americaman and Jwebb90
You must log in or register to reply here.