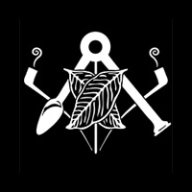 On the Dutch forum we are having a bit of a discussion if (old) Comoy pipes are air-cured or not. Or perhaps oil-cured? Does anyone know this? Thank you.

Hanna's Book The Perfect Smoke address this, reading it now on my Kindle.

I really do not know, but went looking around.
First, here's a couple of the Fred Hanna articles where he talks of curing processes, although nothing in particular about Comoy's, it's a great read...you've probably already seen them, but here they are,
The Myth of Brand and Maker in Pipesmoking

THE MYSTERIES OF THE BREAK-IN PROCESS
Here's a rather off-topic tangent, but of some interest maybe for a new Dutch debate?

http://pipesmagazine.com/forums/topic/the-breathability-of-briar-wood-what-do-you-think
...no mention of any special technique here,

http://pipepages.com/64com1s.htm
...but here they mention "secret processes exclusive to Comoy's",

http://pipepages.com/64com2s.htm
...and here it says "...family secret processes for giving the briar a delightful nut-like flavor has been handed down from father to son..."

it certainly does suggest oil-curing, yes?

http://pipepages.com/1comfly1.htm
Although this pic on Pipephil.org shows the drying shed of Comoy's, maybe they were simply held onto for a while and slowly air-cured?

Maybe it will remain a mystery for the ages and nobody will ever know for sure?
Possibly, for a very experienced pipesmoker, if they found an old unsmoked Comoy's example, could they maybe tell the difference? Supposedly the oil-cured tasted a bit different from air-cured for the first dozen or so smokes. If an old unsmoked example is acquired, do you think evidence of whatever curing process used would be readily apparent? Or would any distinct character have faded with time?
All very interesting questions.
One way to find out may be by contacting Neill Archer Roan, if anybody would know I'd reckon it'd be him,

Has any hard evidence of either curing process been offered on your Dutch forum?

Or is it all speculation?

You are definitely the forum site historian - keeper of the books.
You know, when I look at that photo of Comoy's drying barn, I can't help but think that it represents the actual birth place for Comoy block ebouchons. And I'm thinking my vintage Comoy strummels were actually birthed there, right on that floor. Who knows, maybe that block in the foreground became the Comoy vintage pipe warmly resting in my cupped hand; so much time having passed in the history of that particular pipe.

Thanks Kashmir
Man, I like your thought process, what you wrote made the image more evocative for me, indeed, hard to believe how such a hardy humble material evokes such intense emotion in grown men and pulls the heart-strings --- it truly is a grand thing, just think how many wonderful pipes were birthed from those piles of ebouchons, and as you say, one of them could be the very one you're holding right now!

Thanks for sharing those thoughts.
I was misty-eyed after reading Neill's latest post about how he got that Blue Riband 127,

that's what it's all about, the passion is uplifting and the rewards are many!
The pipe community is a warm ray of sunshine!

Wow misterlowercase, that is a lot of info! Thanks!! Some links I found myself but most are new to me. Time to do some reading :mrgreen:

And no, nothing has surfaced on the Dutch forum, that is why I ask it here :wink:

I sent Neil Archer Roan a message, hopefully he knows. I am to deep in it now to let go of the question :P

I've never heard of oil curing to describe Comoys but the "secret process" in the flyer certainly is a little tantalizing. Creative marketing from Comoys to capture a bit of the Dunhill business perhaps?

I think you're probably right Al,

The co. is known for making some of the best refined and perfect shapes we've come to know as classic British.
Are the British classic shapes an extension of the French tradition?

The two important B-words, bruyere and billiard, for example.

It's weird how the French briar pipes were so famous and well-developed, but today they're rarely talked about by collectors. I wonder if it's a St. Claude thing? I remember reading an interview with the great French pipemaker David Enrique and he talked about how the St. Claude makers were sort of an inclusive and snotty bunch, I dunno what I'm trying to say really...
...anyway,

if you find out anything, please let us know too!

Are the British classic shapes an extension of the French tradition?
Click to expand...

In a word, yes. Most of the classic "British" shapes are actually classic French shapes. British marques bought a lot of their bowls from turners in St Claude, which could be described as the center of the briar universe in the 19th and early 20th century. Comoy's has its origins in St. Claude. Their shaping has always been graceful and elegant.

I remember reading an interview with the great French pipemaker David Enrique and he talked about how the St. Claude makers were sort of an inclusive and snotty bunch
Click to expand...

That attitude may have had something to do with Barling going into total production of their own bowls, something that the other British makers did NOT do. According to a statement made by Montague Barling, as a result of being caught off guard by the 1906 strike by St Claude turners, the company decided to cease importing bowls from France and to begin manufacturing all of their own bowls in London.
I also find it strange that French pipes are not more highly collected in the US. Genod produced exquisite pipes. One of Genod's shapes is the basis for the famous "swans neck" model 120 Dunhill. Genod could produce such a shape because the French had devised a method for drilling a curved airway which they guarded from their British competitors. So Genod could produce a more graceful rendition than Dunhill.
Perhaps it is the perception of a snooty attitude that precludes American collectors from embracing vintage French pipes.
As for whether the Comoy's product was air cured or oil cured, I haven't any hard data, but given their large seasoning rooms, I would suspect that they used air curing.

Thanks Sablebrush! And misterlowercase, as soon as I know more (I dropped a message to Neil Archer Roan on Smokersforum) I will let you know.

A message back from Neil Archer Roan!
I have no idea whether Comoy oil cured or not. I am skeptical, because I have found no reference anywhere implying that they did. But I could be wrong.
So... He does not know either.. But since air curing was the standard in those days I presume it was that.

thanks for the comprehensive answer! Good stuff!
Arno,

I agree they were probably air-cured, thanks for the update!