Hi everyone, I was just wondering if anyone had any interesting stories of clay pipe smoking from when they were younger. I saw on a different forum someone remembering pipe smokers when he was a boy in the 1950s in the UK - he remembered working class men smoked short clay pipes (cutties), usually with strong plug tobacco in them. They smoked them at work or in the pub, not around their wives; in those cases it might be something softer and more aromatic. Does anyone have any memories like that? I'm conscious there's some much older pipe smokers on here who may have some interesting input on the topic.
I happen to collect vintage clays myself. I have around 13, so 9 short cutty pipes that are around 100 years old made in Scotland, all complete, another recent purchase of indeterminate age, one McDougall calabash pipe with a stem, one Goedewaagen churchwarden (my favourite pipe) and a modern reproduction cutty from Heather Coleman of Dawnmist pipes I smoke most of all. I've said in different threads they seem to smoke damp, strong tobacco like twists and plugs really well because they're so dry but that's just my opinion.

I'm really debating on getting a clay pipe. They seem to be so fragile.

It depends on the pipe really. The modern pipe I bought from Dawnmist for just over a tenner is very sturdy and well made. Heather even put a kind of enamel glazing on the mouthpiece so it's more comfortable on the lips. My Goedewaagen churchwarden also looks fragile but is surprisingly strong, that also has paint on the mouthpiece. I would recommend trying one if you can, they will only break if you drop them like a Meerschaum or somehow bite them really hard. I don't smoke my 100 year old pipes though because they really do feel like I could easily snap them, but I suppose that makes sense considering they were made to be disposable. 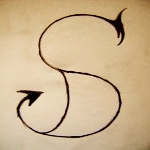 I smoke some Cutty style ones as well as a few Pamplin clays w/reed stems...
Ever been to Keens Steak house in NYC...now they have a serious collection of clay pipes on display Notice the ceiling, lined with clays Wow, that's incredible! I'll definitely make a point of going there next time I find myself in NYC. It's such a shame so many clays end up broken but that's a good creative way of using them. I know some people make necklaces from the stems. You could probably consider a broken clay pipe to be the 19th C equivalent of a cigarette butt considering how many people just broke them after smoking and threw them away. Still, like I said the modern stuff can be really strong; I'd take a well made clay over a cob any day for a cheaper pipe.
I remember my grandmother talking about a very old relative of her's who came over from County Down in Northern Ireland in the 1930s or 40s to stay with the family, seeing as she had nobody left back home. She supposedly smoked a clay pipe herself and we had an old photograph of her smoking it at one time. I could be wrong but I'm sure another female relative smoked a clay pipe, maybe my Great Great Grandmother who was also Northern Irish. My brother also bought a clay pipe in Largs (Scottish seaside town) in the early or mid 1990s but it was actually a novelty pipe used for blowing bubbles.

I remember trying a tavern clay (churchwarden style) back in the late '60's. It stuck to my lip and gave me an awful time. I've avoided them ever since -- even the glazed ones. I don't remember what happened to it.

Yes, an unglazed clay pipe may do that. That's a shame you had a bad experience. One guy on youtube actually melted paraffin wax/sealing wax onto his mouthpiece to protect his lips and teeth, so you could try that if it's got a bare stem. Another way was using string wrapped around it. I would recommend you try a glazed one if you can. 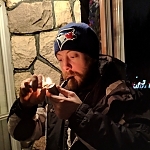 I've been thinking about getting a clay ever since seeing Tom Hardy smoking a clay in the tv show Taboo. He was such a badass in that series.

I bought my first clay after watching Taboo. Funny thing is Tom Hardy actually got his pipe from Dawnmist. She makes pipes for all kinds of movie sets and TV programs, even celebrities like Johnny Depp. His pipe had some kind of sparrow design on it. 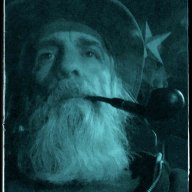 I have an unsmoked clay pipe that I bought for 35 cents about forty years ago. The tobacconist, now long gone, had a crate of them in sawdust in the back of his shop. He showed them to me when I asked about clays. Seeing what they go for now I guess I should have bought them all.

molach95 - At one time I had over 600 clay pipes I found at old logging camps, ghost towns, and cellar holes. I wrote the following article not long ago.
The Old Stone Fence

Nice story Indianafrank. Not long from my house there are some overgrown structures with a rusted iron railing sticking out. They are the remains of the house where my greatgrandfather, born 1866, grew up. The house was a humble one, measuring ca 18 by 22 feet. In it lived 10-12 people and a cow. The cow was in the cellar providing milk and warmth (It is cold where I live). The farmer who owns the land told me that he once dug up the soil in front of the old ruin intending to plant something. The soil was littered with thousands of pieces of clay from old pipes. Even the poor had some pleasures back when time was young.

Thanks for that Frank, I really enjoyed that story. I know you set it in the 1850s in America but that's actually similar to my mental image of an archetypal clay pipe smoker here in Scotland, a 19th century cotter or farm labourer having mislaid or accidentally broken his pipe after setting it down while building a "drystane dyke" (Scots language for a wall made of loose stones). You often find clay pipes near the old stone walls that cover our hillsides, separating one field from the next. It's fun to think and try to imagine the last people to smoke these old, often broken pipes - ploughmen, cattlemen, drovers, shepherds, peddlars, travellers, gamekeepers, poachers, even children.

For me clay pipes are ones of the best if not the best pipe for quality of smoking. I would recommend the double walls one such as the Lepeltier ones as the air chamber helps a lot in cooling the pipe, and they are sturdier than the tavern types. In addition the Lepeltier come with a vulcanite stem so you don't have the problem to fry your lip in the clay stem.

I think everyone should at least try one of them, they are pretty inexpesive also.

I’m also a clay pipe fan. I have 6-8 clays, mostly bought from Heather at Dawnmist in the UK. I have several long tavern pipes, but my favorites for actual smoking are my cutties. They are a convenient size and hold a surprising amount of tobacco. The OP’s hobby of collecting vintage cutties sounds fascinating.

I have posted a bunch of times on here about clay pipes. I started out smoking clays about the age of 16 and continued into my 20s until my dentist pointed out I was getting pipe notches. I used to go through a lot of Pollock clay pipes as I purchased a new batch of 100 mixed every month. My late Mothers garden resembles an archeologists wet dream as does the outside of the local pub since it is full of the shards of broken 6 inch cutty clay pipes!

I started out smoking clays about the age of 16 and continued into my 20s until my dentist pointed out I was getting pipe notches.
Click to expand...

Pipe notches? :roll: Are they curable? Any way to reverse a notch? Do pipe notches cause one to drool excessively? :

I have never smoked owned collected a clay pipe. So what follows is just speculation:
I have always wondered why clay has not been used as a medium for making higher-priced pipes that would compete with Meerschaum. When I see a Meerschaum pipe, I think "high-class, plaster". BTW, I never owned and smoked a Meerschaum pipe either. No slight intended to owners of either clays or Meerschaums....both have their virtues and attractions.
Clay can easily be press-molded into various styles and standard shapes, as a stummel, and then fitted with a Vulcanite stem. It can be made to look just like any briar pipe. Clay can have various surface treatments, glazes, stains, etc. The mortise section could molded and then be precision ground into the shank section with abrasive bits. A metal reinforcement band at the shank/stem junction could be used to eliminate weakness and cracking at this delicate point. Think of a pipe that's as strong as the coffee cups that you get in a diner. Modern formulations are far superior to the cheap clays that were used to manufacture cheap, easily breakable, tavern pipes.
Clays, when fired below the temperature of vitrification remains absorbent and strong. Stoneware, porcelain, and high-fire flameware bodies... could be used for superior strength. All these bodies can be press-molded into standard stummel shapes.
Again, this is only speculation on my part. If there was a call for high-strength, clay pipes, I'm sure a savvy manufacturer would exploit this cheap medium. So, I must be missing something.
Just asking.....
Frank

Pipe notches are the wear caused to the teeth by clenching a clay pipe over a long period. Some examples of post mortem Victorian skulls show a circular hole in the teeth. Luckily I wasn't that bad but I do have pipe notches on both sides of my mouth!

condorlover1 - Interesting. Thanks for explaining.