We don't put up with that LEFT COAST bullshit here.

that sucks. Oh and Phillip My sentiments exactly about lighting a bowl up in here in WA.

I'll bet you didn't show up for the public hearings when these ordinances were passed. The anti's were there in force. Folks these laws and ordinance don't pass overnight. For the pipe smoker who own a home and is stuck smoking outside or in a garage take a stand and come in from the cold. 8O

One of the reasons I left the state!! 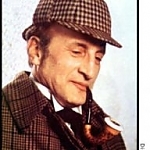 Theres a reason its on the LEFT side of the states.....

Well if that's true, then they better outlaw Starbucks too because I see so many discarded coffee cups, cup holders.
Click to expand...

I'll bet you didn't show up for the public hearings when these ordinances were passed. The anti's were there in force. Folks these laws and ordinance don't pass overnight. For the pipe smoker who own a home and is stuck smoking outside or in a garage take a stand and come in from the cold.
Click to expand...

This is an excellent point. A few vocal minority group can mobilise and mange drastic changes. Having been only a smoker for 2 months, I've missed all the fun so far but my radar is up.

Also, if they want to cure a litter problem, you outlaw littering (which it already is), not smoking.
Click to expand...

Right. We also know that littering laws tend to be widely ignored. Cigarette smokers are often really bad about this. How many times have we seen cigarette smokers not only pitch the butt, but do things like dump car ashtrays on the ground.

Restrictions like this are caused, in part, by the thoughtless behavior of some (not all) smokers. That doesn't make it any easier to take, but I really think it behooves us to be open minded about this, and realize that the anti-smoking feeling that is very prevalent in this country is due to a number of factors. We can better stand up for ourselves and protect our rights if we understand this.

I don't think we can get drastic change but if you can get even a handful of people to show up in opposition you can moderate drastic legislation. Thinking small is the key. 8O

yes. Sorry for all the type-o's on my last post (embarrassing), was going too fast and didn't proofread. My bad.

They may couch arguments against smoking on the beach in terms of littering, but you're fooling yourself if you believe it. They do it, because they believe they know better than you do what is best for you and your family, but I'm just a crazy libertarian from California. Trust me, around here, that is considered FAR more suspect by most people. Personal freedoms?!?! Sounds like a dangerous road to go down it you talk to anyone around here.

if ya was blowing a bowl ya woulda been good to go....
in san francisco i would be in more trouble from a bowl of sjf than a bowl of weed...

Well, Maduroman, as a resident of San Francisco I have to say it really isn't that bad. I frequently walk around with a lit pipe in my mouth, and so far I've had mostly positive feedback in the neighborhoods where suburbanites and out of towners seldom come. Except, of course, for tofu-snarfing Berkeley earthmoms who work in the downtown.

Who, in any case, deserve some self-righteous apoplexy.

And you could always visit the Occidental Cigar Club on Pine Street, which is the only bar in SF where smoking is allowed, due to a loophole in the law, and being grandfathered in when further restrictions were written.
I will admit that I've often been tempted to assert that what I'm smoking was prescribed by my doctor, though.....

Santa Monica is perhaps the craziest of all, recently banning new tenants of apt/condos from smoking at all in the residence. And watch out for Waxman(D) from BevHills, he's pushing hard to close the pipe tobacco "tax loophole"
recent news:
While California used to lead the nation in anti-smoking policies, the Golden State is now lagging behind.
"Too many cities have done nothing at all," said Marcia Ramos, with the American Lung Association. "It’s quite surprising. We’re way below the bar on that."
California has fallen to 33rd place in the nation, behind Texas, Oklahoma and Montana, for its tobacco control policies, Ramos said.
Santa Monica received top honors for becoming the first city in the nation to ban smoking by new tenants inside apartments and condos, and for prohibiting smoking in all public outdoor gathering spots.
http://santamonica.patch.com/articles/apartment-condo-smoking-ban-approved-again
...and a funny story about the Pier in particular:

Thanks to unclear signage on cigarette receptacles at the Santa Monica Pier (smoking was banned on the tourist attraction months ago), people are dumping change into the boxes, reports the Santa Monica Daily Press. The metal receptacles read "Save the Pier, Deposit Here" with the message of dumping cigarette butts in smaller font, leading some people to toss their loose change into the boxes--over $80 has been allegedly found. It's kind of murky as to where the money is ending up; a board member of the Pier Restoration Corp. thinks maintenance crews are keeping the change, though that begs the question--how would the PRC even know about the windfall? Interesting.
" mellow out or you will pay"
https://www.youtube.com/watch?v=eIqESwzCGg4

It would at least be clean for the gulls to enjoy.
Click to expand...

I think they should outlaw gulls cuz they poop everywhere. As much as the crazy laws in WA state drive me nuts, I have to say that I am glad Im back home now where i can walk down the street and not be threatened by an $1100 fine.

Civil disobedience is a fine and storied tradition of the history of this country. While it is true that we should do what our lefty friends do by mobilizing and heading to the city hall to make our voice heard also know that many times they just pretend to hear what you say and have already made up their mind before the meeting even starts. It's becoming increasingly more difficult for anything to be civil in our world anymore. "Compromise" is a word tossed around as a virtue these days however it means you have to give up your moral and ethical beliefs in order to agree with me. That's not a "compromise" that is capitulation and I shall have none of that.

Many things are known to cause cancer in California.