Just past my pedagogy exam

I just passed my music pedagogic exam with the highest marks please celebrate with me, im having a bowl of EMP :puffpipe:

As a former French horn player I congratulate you, Sir!

Congratulations!! I am a pianist, guitarist, and trumpet player. :clap:

:clap:
Congrats! My dad could never quite pass the piano proficiency portion, so he wound up teaching commercial art and French instead of music. Needless to say, my brother and I both got piano lessons... :D

Hey, that's a real high! It opens the door to sharing your skills with younger musicians at many levels.

Good show on hitting a home run on that. I could usually tell how I'd done on a test; if a lot of details

bothered me, I'd usually done pretty well. If it all went too smoothly, it was cause for concern. The better

my command of a subject, the more critical I felt of my own test performance. Coffee and a cigar never

tasted better than late in final week. I'd just sit there and ride the adrenaline. Congratulations!

I just passed my music pedagogic exam
Click to expand...

Now you've done it - there's no escape! (20 years teaching music here. Good ones, on the whole - hope yours are, too.)

Thank you, for the nice comments!

I certainly do look forward to work as a teacher. I have been working during my study, teaching music to teenagers in elementary school, (14-16 year olds)who suffers with mental health problems. They are out and in of different institutions. But I find that music is a very good opener to trust issues, which is the main problem here really.
After studying classical guitar at the conservatory my main goal was to teach at another level, but nothing gives me more satisfaction than working with this kids. And after a day, you can just imagine how good the pipe taste
I do play early music now, 16th century music from England and France. I play baroque and Renneissance lute. Im giving a concerts in late February, so when Ive practised for it I will record a piece for you guys to listen to

Well done, Sable.
And good on you, Geirove.
Fnord

geirove:
Your thread got me to thinking about my high-school band director, Mr. Brown, and the time which I spent under his tutelage. I came to him as a below average French horn player dutifully following the family tradition of bandsmanship established by my older sister and two older brothers.
I had muddled my way through three years of junior high-school band classes, passively interested because I was told by my parents that I should be, and came to Mr. Brown expecting only more of the same. The concept of actually learning anything about music beyond the mechanics of fingerings, embouchure, and counting time seemed frustratingly impossible.
My high-school had a marching band, and so held band camp each summer. My first day there began a change in me. Unlike my previous teachers, Mr. Brown not only commanded respect, but demonstrated, subtly, why he was deserving. He asked of me nothing which he could not do himself, but always left me feeling that I could (and should) do more. He was always patient, correcting me when I erred, and praising me when I succeeded.
The power of praise (both as prospect and as fact) as a motivating force is truly awesome. With Mr. Brown as its purveyor I was able to make the transition from musical mechanic to musician. This came as he had the entire band working on a particular exercise taken from a book of devilish, succeedingly difficult ones which he required that we play, individually before the entire band, for a grade. Determined to impress him, I practiced that piece like none before, working slowly at first, then gaining confidence, accuracy, and speed. When it came my turn to play I felt a feeling I had never felt before. Instead of dread and hesitance I felt alert and eager, ready. As I completed it, he smiled at me and simply announced, "Excellent! A." To paraphrase Mr. Twain, I lived for weeks on that compliment.
Like all great teachers, Mr. Brown had the gift of being able to inspire his students to grow beyond whatever horizons they may have set for themselves. I hope that the same is true for you, and wish you success in your teaching career. Incidentally, Mr. Brown was a pipe-smoker! Coincidence? I think not. 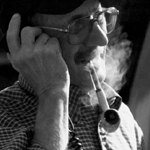 Good for you. I play euphonium, something I learned in high school. I play in a local community band, and tomorrow I'll be playing in Tuba Christmas, an event,that's open only,to members of the tuba family, large conical bore brass instruments, such as tubas, baritones, euphoniums, helicons, ocleiphides, and a host of other similar instruments. No clarinets, trumpets, trombones--just members of the tuba family. And let me tell you, it's loads of fun, and we make some mighty fine music. 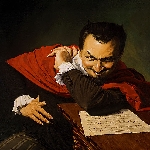