James Taylor (Not A New Carver)

I saw James Taylor in concert last night in Albuquerque. What an amazing performer! Had a great time and will listen to more of his music while smoking my pipe. :

Nice! I've seen him three times in concert but it's been a LOOOOONG time.
Glad to hear that he's still puttin' it down ... go Mudslide Slim!

Steamroller Blues was awesome. His musicians and backup were world class too! Go see him if you get the chance.

LOL ... love the ending on that song when he gets all worked up and says

something like "chicken-choking, mother-f'ing, steamroller blues"!
Most of my JT albums are live versions, too. It's where he accels.

Exactly! We were on the fifth row and his facial expressions were timeless. Live, he is at his best. His young son and current wife were there too.

There is no beating JT, the best concert I have ever been to. 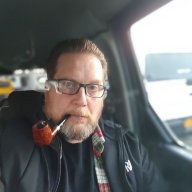 A few years ago my wife dragged me to one of his shows. It was an outdoor venue and of course it started raining while they were letting us in.

I thought it would be better if we left, but my wife insisted. Turns out our seats were the last one under an over hang.

We stayed warm and dry and JT put on a really great show. His band was awesome and I found a whole new appreciation for him.

Not a huge fan of his music, but I bet he would be great in concert. (guessing he plays all of his hits, unlike Neil Young who is too self-indulgent).
Best thing Taylor ever did: He's a homeboy in North Carolina, and has a vast and adoring fan base. It's assumed you love James Taylor

unless you're a grinch. Sometimes I find him a little wrapped around himself, referring to himself by funny

nick names and such. He's an excellent musician, surrounds himself with top fellow performers who seem

to revere him too, and has written some iconic songs which have passed the test of time. I tend to like

edgier musicians and song writers, but I do admire his ability to relax and enjoy his audiences and the

music and the whole scene. He appears kinder than most.