Greatest Movie Interactions Of All Time

Was watching Silence Of The Lambs. Lecters first appearance was the greatest exchange I've ever scene. I also rank The Dark Knights scene with Ledger and Bale in jail at the top.

What other such interactions come to mind? Just curious.

"I already know how to drink." From my all-time favorite movie, The Sting. Never was an on-screen exchange between Redford and Newman that wasn't memorable.

Christopher Walker as Capt.Koons telling young Butch the story about his fathers gold watch in Pulp Fiction is epic....in my opinion. 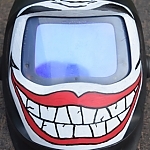 Nickolson and Cruise's courtroom scene in A Few Good Men

^ actually almost every scene with Christopher Walken interacting with anyone...

Val Kilmer as Doc Holiday with Jonny Ringo in Tombstone. "I'm your Huckleberry"

Robert Duvall and Tess Harper in Tender Mercies. If you watch the director has placed design patterns between the two that change with the mood between the two, when the two are in the same shot.

I loved the interaction throughout in both these movies. Hell, even Matt Damon had some great scenes in the latter.
Robert Downey Jr. and Tom Hiddleston (as Iron Man and Loki) in the Avengers...

I love Sean Connery for the single fact that no matter the character he keeps his accent! And I couldn't agree more Pagan, that is a great scene.

Lee Marvin in Cat Balliou with his Silver Nose. One Gunman to another You ain't scared of him. Other gunman NAW, Im a scared of the man that bit his Nose off. :laughat:

First one that came to my mind.

Was watching Silence Of The Lambs. Lecters first appearance was the greatest exchange I've ever scene.
Click to expand...

Have you ever seen Manhunter? Red Dragon was a remake of that movie, it's got a cheesy 80's feel, but you can see where Hannibal Lecter's mannerisms and speech were taken from, it's quite neat, I almost like that actor better as you can see where Anthony Hopkins got it all from.

Val Kilmer as Doc Holiday with Jonny Ringo in Tombstone. "I'm your Huckleberry"
Click to expand...

Captain Raimeous (Sean Connery) in the opening Sean of The Hunt For Red October
Click to expand...

TOMBSTONE
Wyatt Earp: All right, Clanton... you called down the thunder, well now you've got it! You see that?

Wyatt Earp: [referring to Stilwell, laying dead] Take a good look at him, Ike... 'cause that's how you're gonna end up!

[shoves Ike down roughly with his boot]

Wyatt Earp: The Cowboys are finished, you understand? I see a red sash, I kill the man wearin' it!

[lets Ike up to run for his life]

Wyatt Earp: So run, you cur... RUN! Tell all the other curs the law's comin'!

Wyatt Earp: Hell's coming with me!

Tombstone was a damn fine movie. Glad everyone likes it as much as I do. :

Mayfair, it was my dad's favorite. He literally knew every word of the movie and it made it impossible to watch with him because he actually spoke the words with different "voices".

Mayfair, it was my dad's favorite. He literally knew every word of the movie and it made it impossible to watch with him because he actually spoke the words with different "voices".
Click to expand...