Our featured interview on The Pipes Magazine Radio Show tonight is part three with Fred Janusek. He is a Doctor of Pipes, and professor of mathematics. Fred is in his early 80s, and he has been smoking a pipe since college in 1957. His first pipe was a very shellac-covered Yello Bole. These are some great stories of back in the day when pipes were everywhere. We will skip our usual opening segment as we have that much good material from Fred. 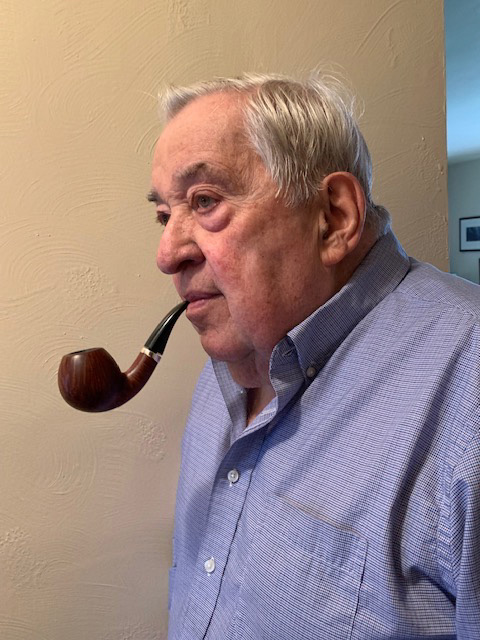 Thanks for the great series with Fred Janusek. It really was a window into the past of our hobby.

It would have been better if we were all hanging out together in a well appointed smoking lounge, sharing our favorite blends, but your show gets us passably close. 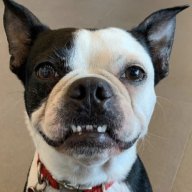 Hi Brian,
I have been meaning to write in for some time now.
I'm an expat, living and working in South Korea, in the ship construction industry, on the beautiful island of Geoje.
I started pipe smoking around the end of December 2019, so still very much learning the finer points of the hobby. I distinctly remember trying to light my corn-cob, in the smoking area of one of the ship yards, the wind was howling and it was persisting down with rain and I was certainly attracting the interest and curiosity of the Korean yard workers. There is no pipe smoking culture here at all.
Bizarrely, it turns out that a buddy of mine, also an Expat, had taken up the pipe too, around the same time. So that was one more guy to promote the hobby here. Well actually, I've managed to introduce a couple more guys to it too, giving them cobs and sharing out blends of tobacco they thought they might like. And what do you know, they like it!
I started off with the usual mistake of buying aromatics, not knowing what I was doing and nobody to ask. I didn't know about the Pipes Magazine Radio Show, or the Forum. I'm probably repeating what others have said, but having tried the aromatics, and having my tongue in a sling after smoking them, I put the pipe down and left it for a few months.
Then, after discovering the Pipes Magazine Radio Show and that there were pipe smoking videos on YouTube, I realized the errors of my past and started trying other blends; from the advice of others on YouTube, reading the comments from users, posted on the likes of SP's, etc. I'm now settled with what I consider to be my particular favourites and am building my cellar accordingly, supplied from SP, albeit a little too slowly.
I would just like to say thank you to both yourself and Kevin for producing the show, again, repeating what others have said before, it really is one of the high-lights of my week.
I have particularly enjoyed the shows with Dr Fred Hanna, Dr Fred Janusek and of course Rich Esserman ( I'd really like to get a look at his Dunhill collection).
The shows with Mike & Mary McNeil were also a treat, in fact I've listened to the interview of Mike on his own several times, very entertaining and also very interesting. Still working my way through the bag-log, but getting there.
Thanks guys,
Cliff (Honkytonk Man)
Reactions: UncleRasta

I thoroughly enjoyed Fred's take on how people collected based on their location. Fred's ability to recollect on his experiences was helpful in getting a first person perspective of how the hobby has grown and expanded through the years. Fred's gentle affect and humor has made me look forward to each of these episodes, its like visiting with my grandfather all over again, if only he smoked a pipe....

As I work with a museum representing an extremely niche hobby outside of pipes/tobacco, I find it vital to record as much from former generations as possible. While we have the benefit of the forum and social media, information about the past is always best presented by those who lived it. As that generation grows older, its up to us to record as much as we can. I greatly appreciate this series and it has provided a beautiful window into our hobby. I also think interviewing Fred has shown the kindness and openness our community has for anyone whether they smoke a cob, a Dr. Grabow, or a high-end number. ...Well, maybe not so kind if you just run up and give Fred a big hug...