It's my understanding that nearly all U.S. branded sedans are discontinued. A few specialty niches like the Ford Mustang, if you consider that a sedan, and a Dodge or two will be or are gone, including such iconic cars as the Chevy Impala, and Ford's Taurus, Fusion, and Focus. All remaining sedans, though they may be built in the U.S., will be by Japanese and European marques like Honda, Toyota, Nissan, Mazda, BMW, Mercedes, Audi, etc. I have watched for decades as U.S.carmakers struggled to get sedans, and especially compacts "right." GM had a good run with its Saturn line which produced some quality cars still on the road, but U.S. makers could never get sedans to be profitable, and the list of failed efforts is long. So many U.S. makes are gone -- Pontiac, Mercury, Oldsmobile, Packard, Studebaker, etc. Buick sedans are nearly gone, and the entire line is made outside the U.S. U.S. vehicles are largely trucks, SUV's based on trucks, crossovers based on SUV design. Hats off to Jeep still hanging in with its versions big and small. Goodbye U.S. brand sedans. On other threads I've complained about the various U.S. brand car dealerships who seemingly wouldn't sell me a car, when the U.S. sales people at Japanese dealerships rolled out the red carpet. Can't identify what happened there, and I guess I'll never know. For years I started out with American car dealerships, but they wore me down and last time I didn't bother.
Reactions: rmpeeps and saintpeter

My taste in cars is different from most, so take it with a pinch of salt.

I have never owned American cars, but rented a few and only one I felt worth owning is the Mustang. Maybe I will own a Mustang one day. Or, if I ever get into classic cars, I will own a land yacht
Reactions: voorhees and gamzultovah

Here in Europe we see more and more U.S. made sedans on the roads, i.e. Teslas. Among the most sold sedans of 2019, in some countries!

Most of my adult life I have been driving U.S build sedans, generally speaking I can tell nothing but good experiences ,truly nice highway cruisers,but I'm conservative dude,even if sedan it has to be rear drive, my current favorite is Ford Crown Vics and Lincoln town Cars, from european cars older merzedeses were bullet proof whereas these newer ones seem to get rust issues
Reactions: kurtbob

I drove a 95 chevy lumina into the ground, I loved that car. The problem with US made sadan at least in my opinion is that they want to charge to much money for what you get these day. I'm a fan of late 80s early 90 vehicles. All these bells and whistles these days on every vehicle is ridiculous in my opinion. I want my car or truck dependable with as few parts to mess up as possible. But that's just me.
Reactions: paulie66scandinavian and kurtbob

Was there anything more beautifully American than a '57 Chevy Bel-Air? Sad end of an era, for sure. 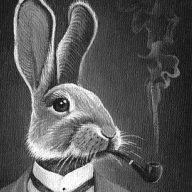 A friend of mine has a Focus RS, which is a scary amazing vehicle. That said, most of the domestic vehicles I've owned have been fairly lame compared to offerings of the same brand overseas (e.g. Euro-spec Escorts got turbos and AWD and we got milquetoast). I did enjoy my Grand Prix GTP and, as already alluded, Mustang.
Reactions: kurtbob

Funny that American cars that looked kind of gross and overdone to me when I was young have evolved into a kind of garish charm when sold as collector cars. Those old bench seats and lap belts weren't so comfortable, and the dashes are right out of the plastic molds, but they are fanciful. When I came from a car auction after having seen a Duisenberg (not for sale) my Nissan Altima at the time looked deliciously comfortable compared to that hard bench seat and that skinny steering wheel like a wagon wheel.
Reactions: kurtbob and Elric 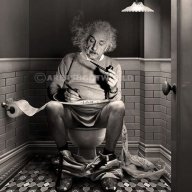 Started my not so fabulous driving career with a 1989 gold 4 door Chevy celebrity. Wow what a POS..built like a tank..but good for a clueless teenager to learn how to drive. Would have been better if I wasn't fantasizing that I was driving a Ferrari.

I guess the late 80's early 90 weren't that good for American car makers which only worsened as their visions of coolness factor and profitability were very different.

So they are adapting to the environment, selling trucks and SUVs. I think it makes tons of sense, people love them! And they turn a profit..like a crazy profit!
Reactions: Elric

Do not Jeep and Dodge sales represent profits for Fiat?

They got it right with the Crown Victoria. It’s a tremendous value in a roomy car that can last a long time with minimal maintenance. 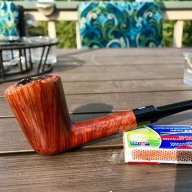 I think it's a shame American manufacturers are going away from sedans (short sighted too). In my opinion they are risking future stability on the bet that fuel will stay cheap. That's risky business on a volatile commodity as far as I can see. That risk seems compounded by the long period of time and great expense it takes to develop a new vehicle platform. I like my sedan. Comfy, decent mileage, easy to park, etc...

If the American public doesn't want an American sedan, what would be the purpose of building them? Those UAW members ain't gonna work for free. It's a volatile market, gotta be agile to play in it and, historically, American auto makers have shown themselves to pretty slow on the uptake when it comes to what the market wants. Together with a rather inflexible union, American auto makers, for many years, fought the obvious and nearly committed corporate suicide. Chrysler being the worst of the "big three" finally came to rest in the vast holdings of Fiat.
Reactions: kurtbob

prndl said:
Was there anything more beautifully American than a '57 Chevy Bel-Air? Sad end of an era, for sure.

That said, as long as Toyota makes a pickup truck, I'm good.
Click to expand...

Elric said:
A friend of mine has a Focus RS, which is a scary amazing vehicle. That said, most of the domestic vehicles I've owned have been fairly lame compared to offerings of the same brand overseas (e.g. Euro-spec Escorts got turbos and AWD and we got milquetoast). I did enjoy my Grand Prix GTP and, as already alluded, Mustang.
Click to expand...

When I was in Iraq and Afghanistan, we had these Toyota Hilux trucks. Couldn’t kill em, reminded me of the late 80’s Toyota’s. Wish the helix was available in the states!
Reactions: prndl and Elric

Warren, you are correct that the public doesn't want sedans. They just aren't selling. Personally I don't agree (With the public that is) but you can't survive building products most people don't want. I am just concerned that if fuel prices, and thus public desires, change American auto manufacturers won't be able to react fast enough.

Chrysler is going to kill off their Charger sedan? I hadn't heard that, it seems to be one of the most popular sedan lines.

I've had nothing but sedans for the past 20 years.
1996 Impala SS (police cruiser in civie's)
Honda Accord (349,000 miles)
Nissan Altima (399,00 miles)
Lincoln MKZ (currently at 157,000 miles)
The Lincoln has been the best car I've owned yet.
I love my sedans. The wife had a big Silverado LTZ 4WD, which rides like a hay wagon. I could not live with it as a daily driver. I've rented SUV's and also don't care for that seating position/ride. Guess I'll have to get used to it.

My neighbor has an Avalon, which is like a big limo. Guess I better start hunting for a low mileage used example.
You must log in or register to reply here.