I'm planning a trip through Europe, and didn't know if anyone had any insight into the places I'm going for pipe smoking. Both in terms of local feelings and culture, must go shops, blends to look out for, or places of general interest related to pipes and pipe tobacco. I'll be starting in Germany (Frankfurt, Stuttgart, etc), and traveling south through the black forest area into Switzerland (Zurich to Bern area), than through Burgundy into Belgium (Brussels), and ending in the Paris area.

I am SO jealous.

I was in Germany and Italy in the early 80's, sure it has changed a bit since, however I wish you a good trip and look forward to your stories when you return

Dear Akfilm tell us the truth how bad is the tobacco industry situation , tobacco and cigarettes are costy and packages ruined by warning labels and pictures, although in Germany You'll find many a good tobacco blends prices starting at$ 7 in belgium you may wanna ask for their Semois pipe tobaccos , France has the most expensive tobacco from abovementioned coutries, selling them only at Tabac-Cafe(mixed branch of tobacco and coffee shop)Bon Voyage, 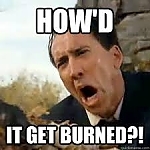 That is where Herbert Motzek is.

However long you plan to be in Paris, you'll wish you'd stayed longer. Don't overbook on activities, other than food and wine. Don't smoke anything until you are completely done with a meal or they are greatly offended, assume the meal is over, etc. Entering stores, Bonjour the staff, always. Again, otherwise it's an insult. If you are relaxed and try a little with the language, the French are often very sweet. As my late wife said, it's unusual to get a less than good meal in Paris. My living wife directed us to Bonfinger (Bon-fonjay) for my first meal, seafood, expensive but incredibly good.

That is where Herbert Motzek is.
Click to expand...

That´s the opposite end of Germany and would be around 700km. I would suggest Peter Heinrich in Cologne for a much shorter distance.

Munich has a few fantastic pipe/cigar shops that are DEFINITELY worth popping into along with many-a-brewery you can try. I haven't been to Brussels but Bruges is fantastic for beers - nice to have multiple tastes while sitting by the river smoking a pipe and a few quaint tobacco shops.
Paris, unfortunately, like a lot of France is sparse for pipe smokers and shops. Quite a bit of cigarette smokers though. I have had quite a few dirty looks from French people when I have been smoking my pipe where they smoke cigarettes (or it could be that I'm English HA!).
[I don't know where you are flying from] If you are stopping over for a bit in London, which many planes do from the States- there are tons of very old, stylish and cozy tobacco shops/lounges that you HAVE to try (most being in/around St.James').
All the best & have a crackin' time!!

Munich has a few fantastic pipe/cigar shops that are DEFINITELY worth popping into
Click to expand...

That is where Herbert Motzek is.
Click to expand...

Herbert retired and sold the business. Motzek will continue to produce their justly famous tobaccos under the new management.

All I can add is if you find something you like buy it at the time. I was in Austria looking for various blends that are HTF here. Austria did not have anything I was looking for. I would have gone to Germany had I known. But by the time I figured out that all shops in Austria sold the same types of baccy I it was too late to head to Germany. So if you see it dont assume you will be able to get it in the next country. I was not very happy. Also if your plans change avoid Slovenia. They have a scam they like to pull on the uninformed and let you through the toll booth only to find out some miles later that you were supposed to go to the right lane and pay the road tax and get the sticker. The fine is $200 if I remember correctly. I refused to pay and they took my license and the rental cars registration. I did not care what they took. I had been through the countries around Slovenia and the tax deal was a surprise even for my brother in law from Serbia.

All beautiful places. But regardless of where in the world, aside from the transiency of a fad among Brooklyn hipsters, pipesmoking is a tiny niche. It's not as if Europe is in a time-warp to mid-century America where pipesmoking was a commonplace habit. So enjoy the scenery and the culture, and if you happen upon a tobacconist (not those hole-in-the-wall "Tabac" places which are the European equivalent of a 7-11), stop in and see what's there. What you'll generally find are perhaps a couple or three crap OTC blends that are not (for good reason) exported to the States, along with all the blends you can buy stateside for a fraction of the cost, oweing to the oppressive taxation in Europe to finance all their "free" entitlements.

Well...
Germany is certainly not what I'd call an anti-smoking country, indeed, many newsagents carry pipes (and good ones at that!) and pipe tobacco. If you're in the Black Forest area, a picturesque town called Freudenstadt has a lovely little shop, as I describe.
Switzerland I can't actually say I've had the pleasure of indulging in a pipe in, however the country is dear to me, I love it, and I'm sure you will too - regardless of smoking! :wink:
Belgium. Well, Belgium's a smoker's paradise. You can't smoke inside (as with 99.999% of places :lol: ) but, they sell cigarillos, cigarettes and tobacco EVERYWHERE. You can buy 500g pots in the supermarket... However, pipe tobacco is a little harder to find; good luck!

For Paris, here are 3 of my favorites-
A La Pipe du Nord- 5th generation pipe makers

A L’Oriental- Wall to wall pipes piled to the ceiling.

A La Civette- An extremely old pipe shop
Have fun!

I live in Bern. It's the most beautiful city in the world but nothing much is going on in terms of pipes. The only place worth visiting is Tabak Gourmet which has a nice collection of pipe tobaccoes and liquor. In Zurich there is Wagner Tabak Lädeli to stop by. If you go to Munich go visit Diehl. They have the largest collection of Dunhill pipes I've ever seen.

So, I went, and now am back. Thanks for all the suggestions. I had a blast and learned a lot (my primary reason for being there was studying in the museums for a hobby I have).
I did manage to get to visit Wagner Tabak Lädeli in Zurich. A nice gentleman was working, and I bought a house blend of latakia that is actually quite good (mixture 499 for those taking notes). I found another good pipe shop in Dijon where I bought a Pipe of the Year from Chacom. I bought a couple Davidoff mixes while in Switzerland, and another house blend in Dijon, although I think it's identical to 965.
My route was actually Germany, south along the romantic road, Zurich and Basel, then into France, hitting Dijon and Paris.
There was something incredible about smoking along the Rothenburg wall in the middle of the night and wandering the empty streets, definitely a highlight.
I was the only pipe smoker I saw actually smoking, but everyone was very smoker friendly where I went, the cafes in Paris were fine with me lighting up, I could lunt wherever with no dirty looks, it was very freeing. In France, it was a curiosity it seemed, especially in Paris, I was approached multiple times by curious young people wondering about the benefits of smoking a pipe over the endless cigarettes they were enjoying.
My travel pack was my Nording Signature (my go to travel pipe) and a Kirsten with a meerschaum bowl. A bag of pipe cleaners, one pipe nail, and one pipe tool, packed in a hard sided small humidor. I only brought Dunhill's Early Morning Pipe with me, as I hoped (and thankfully was right) that I would run across some other tobacco.

n France, it was a curiosity it seemed, especially in Paris, I was approached multiple times by curious young people
Click to expand...

Isn´t that funny? When I was in London last year a friend and I were asked several times if people could take our picture because "we were looking so english". Well, infact we are german! :lol: