Does anyone know of a resource with information regarding the date ranges in which particular Sasieni shapes were produced? I have tried using the few catalogs made available by Chris Keene, but I wonder whether the absence of a shape in a catalog means that shape was out of production when the catalog was published.

It's a good question. The pre-war catalog certainly has far more shapes than the catalogs and information than the post-war family era ones. Then, in the post family catalog from the 1980's, more, and different shapes are seen. My thinking has always been two part regarding the differences seen between the pre-war/post-war shapes. The first part being the need to streamline their production of shapes given the economic realities of the post-war period, the second part being they produced what sold best, which is just sound business. I think they had the tooling to make more shapes, but for regular production, decisions were made not to.
It's just a guess, but the post-family era company, where more shapes are seen, probably thought a broader range of product would have a broader appeal.
Is there a specific shape you had a question about?

dmcmtk, Your thinking on Sasieni shape offerings makes sense. I do not have a specific shape in mind, I am just wondering if shapes might be helpful for dating family-era Sasienis, especially in the 1946-79 era for which there are few clues for more specific dating.

There are actually a few. The "football" Made in England mark, the use of town names, and the stem markings on both the dotted pipes, and the "seconds". Within that date range, you are correct, Patent Four Dots were from the period 1945-50 or so. I guess condition, while imperfect, can also give a more general sense. The shape range, from what I have seen, was very stable during the post-war family era, so in that sense, the shapes give little clue.

Here is an Old England I found recently, the Chase shape, which can be seen in the Chris Keene mid '30's catalog, which is the only place I've seen the shape, so I assume it is a pre-war pipe. Given the faceting, one can also see how it may have been more costly to make! I suppose I should have suspected that shapes themselves provided little information. If they did offer clues, we would not see Sasieni pipes dated as 1946-1979 - such a broad range.
That is a neat shape. I love paneled bowls. Even the stummel was machine cut, the finishing would be more laborious. Good work on that find!

but I'll throw it out there anyways,

the comments section is very much worth reading as well:

http://yeoldebriars.com/sasieni.html
You can also pick up some useful info via The Pick Rack sasieni listings,

as Michael Linder is very well-versed in Sasieni world...

Yet another Sasieni history lesson: The years surrounding the end of World War Two featured many changes to the Sasieni line, not the least of which was the death of Joel Sasieni in 1946 and the assumption of role of managing director by Joel's son, Alfred. Equally important are the slight changes in nomenclature and other details during the timeframe from 1944 to 1950. Sometime in 1944 or 1945, the florid pre-war Sasieni script is replaced with the more upright post-war Sasieni style. Also during this timeframe, "FOUR DOT" is added to the nomenclature. By 1946, the style of the four dots themselves change from an elongated "diamond" pattern to the current equidistant 'square' diamond pattern. By 1947, the condensor changes from a screw-in fitting to a push-in pressure-fit (most likely due to the expiration of the British patent; the US patent expired in 1942) and continues onward into the 1950s. By sometime in late 1947, the patent is no longer impressed on the pipe. Finally, around 1948, smooth pipes start featuring the finish name in addition to "FOUR DOT", so there was the "FOUR DOT STANDARD" (the old "plum" finish, phased out by 1958 or so), the "FOUR DOT NATURAL", the "FOUR DOT WALNUT", and so on. The Rustics have been stamped as such for years, so prior to this you would see "FOUR DOT RUSTIC" before the other finish stamps were employed. Other changes were to come, but certainly the changes between 1944 and 1950 offer the serious Sasieni collector a way to accurately date the age of a pipe to within a year or so.
Here we have one such pipe, and a pipe I know quite well (I am the first owner of it): A Sasieni Four Dot Natural (not stamped as Natural but you can tell) that can be fairly accurately dated to around 1947. This is due to the fact that it features the post-war script, but still has the patent number and has a pressure-fit condensor (rather than a screw-in) but lacks the "NATURAL" stamping. This pipe was one of the first pipes I ever smoked, and is part of the original group of unsmoked pipes I purchased from an estate sale back in 1994, which took me down an entirely new path in my life.
http://www.thepiperack.com/blue-chip-estate-pipe-sasieni-1947ish-four-dot-patent-worcester-from-my-personal-collection/
Click to expand... 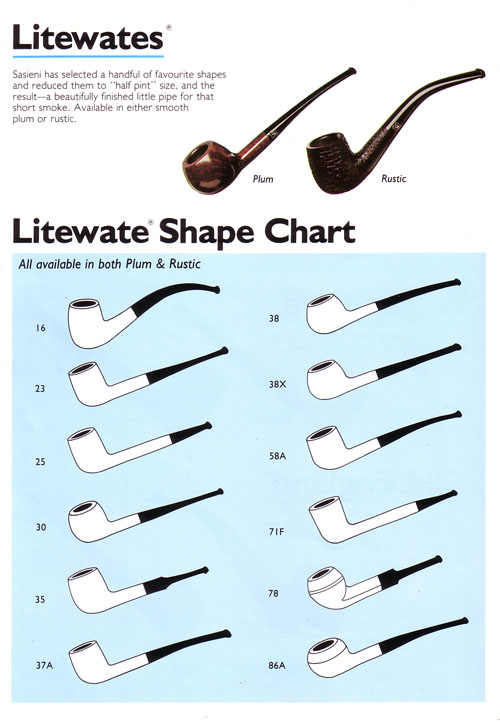 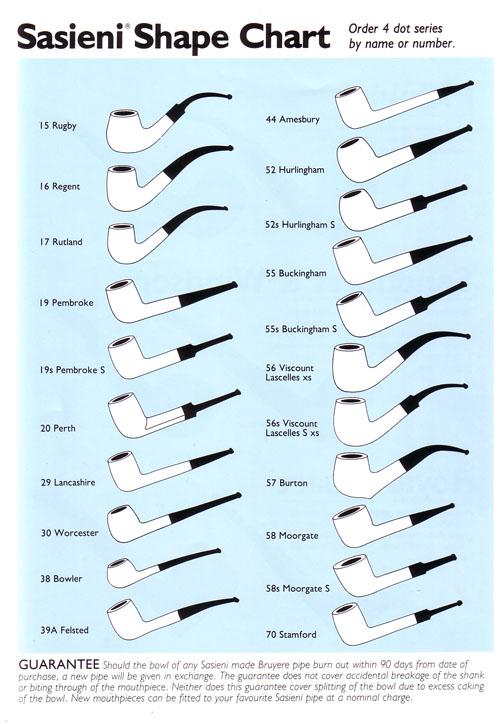 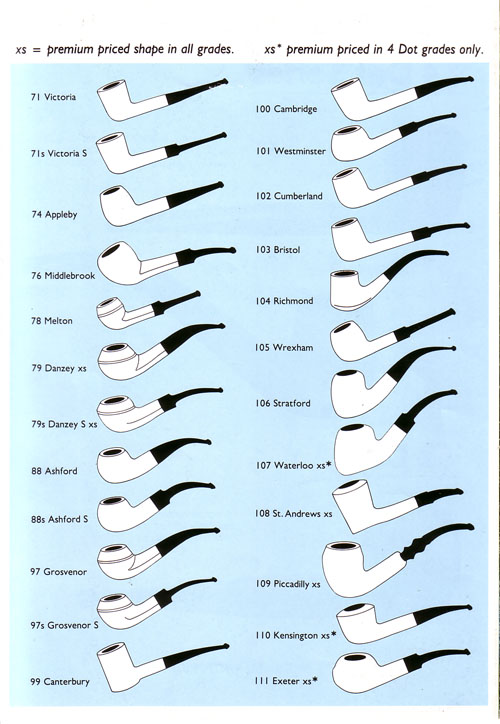