Robert A. Peretti, the third generation owner/operator of LJ Peretti in Boston, has just passed away. He created many of their blends and was truly a gentleman of a byegone age.
It has been a difficult time for the shop. First Charlie, now Bob. I am lighting up a bowl of Tashkent in their honour.

RIP Mr. Peretti. One shop still on my "to do" list.

R.I.P., Mr. Peretti.
Any take on if and how the shop may or may not continue? I want to go back there!

Sorry to hear that. Condolences to his friends and family. I just received a tobacco order from them, and will light up some Cuban Mixture in his honor.

I am sorry to hear that. Rest in peace, sir.

@jpmcwjr: The shop is in fine fettle, and Stephen Willett is the present owner.

The shop is in fine fettle
Click to expand...

Dammit, St Bruno. Stop making me look up words and learn new stuff! :nana:
Being a new Peretti admirer, glad to hear the shop will carry on. Condolences to the Peretti family.

I haven’t seen Mr. Peretti in the shop for 15 or so years. He used to have a making/repair corner in what’s now the the cigar corner; to the left after you walk in the door. I think they ran out of his pipes a few years ago. There used to be a ton of them hanging on the wall, all classic English shapes iirc. Rest in peace.

Here is a link (Robert A. Peretti) to the funeral home's Website where his obituary is pending publication. Mr. Peretti turned 98 in February of this year.
Rest in peace, Sir!

Here's a bit of background information from a 1993 Peretti catalog:
"Over a century ago Libero Joseph Peretti started his modest tobacco business in the vicinity of Boston's North Station on Exchange Street. In these early years the firm grew and prospered. Until the turn of the century the Peretti company was best known for its excellent cigars. By 1885 the L.J. Peretti Co. had obtained the distinction of having the largest clear Havana cigar factory in New England with over 40 Cuban cigar makers using the Spanish method of cigar rolling. By the '90's there were several Peretti stores, known as "Peretti's Cuban Cigar Stores," the headquarters of which were at Park Square near the Providence Depot, then one of the leading transportation centers of the city.
"In 1898 the Providence Depot was closed, with the opening of the new South Station. At that time we opened two new stores, one near the South Station, the other at 993 Boylston Street, near Massachusetts Avenue. By this time the character of the firm had broadened and Peretti's pipes and tobacco were fast gaining favor. Our Burley Plug Cut and Cuban Mixture were popular, even in those days.
"Libero Joseph died in 1921, and the business was handed on to his son Joseph, who carried on the tradition of fine cigars and pipes, but added a new dimension to the business in the blending of tobacco to suit the individual taste. This was an idea he brought back from Europe after his travels during World War I. This idea has developed over forty standard blends and over one hundred thousand special blends made for individuals.
"Today the business is run by L.J.'s grandson Robert, and even the great grandson Robert, Jr. helps out at times. The firm's fame has spread far and wide, and a great deal of business is done by mail. Orders are received daily from all parts of the world requesting personal blends and favorite pipes. Over the years the location of the store has changed, the faces behind the counter have changed, but the tradition of the finest in tobacco and smoker's items, the best in service, remains the same."

I smoke more Preretti blends than any other blender, RIP Mr. Peretti

The word "fettle" is hardly sesquipedalian :D
I am happy to hear that you have recently discovered LJ Peretti's blends. There is much to explore.
Click to expand...

@huntertrw
Thanks for posting that bit of history from one of their old catalogues. I remember being on their mailing list many years ago and now wish I had kept them.

Here is the text of Mr. Peretti's obituary from the aforementioned funeral home Website:
Robert A. Peretti 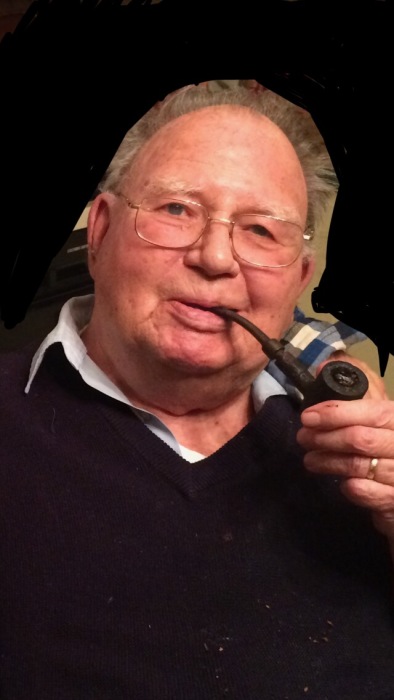 Robert A Peretti of Belmont died on June 28 at age of 98. He was born in Boston in 1921, the son of Joseph and Florence Peretti. He leaves his loving wife Mary Kennedy Peretti. He was predeceased by his first wife, Mary Tillson Peretti in 1992. He took pleasure in being surrounded by family and is survived by five children: Robert A. Peretti, Jr., Pamela Roberts, Deborah Peretti, Jean McKenney, and MaryLu Klum. He also has seven step-children: Kathleen Becker, Chris. Kennedy, Jr., Judith Higgins, John Kennedy, Robert Kennedy, Richard (Ratt) Kennedy, and Mary Kate Kennedy. He was predeceased by his step-son James Kennedy. He has eleven grandchildren and eight great-grand children.
Robert is a graduate of Northeastern University. He joined the US Navy in 1942. He served in WW II. After serving in the Navy, he returned to work in the family business, the LJ Peretti Co of Park Sq in Boston. He was the third generation to run this family business. He was well know for his tobacco blending and pipe making. He was active in his church, All Saints Episcopal Church of Belmont. He was an avid sailor, he also enjoyed gardening and painting boats and seascapes in both watercolors and oil paints.
Visiting hours will be held in the Brown & Hickey Funeral Home 36 Trapelo Road Belmont (Cushing Sq) on Friday, July 5 at 5:00 -7:00 PM. A funeral will be held on Saturday, July 6 at 11:00 at All Saints Episcopal Church, Corner of Clark and Common Street, Belmont.
In lieu of flowers donations may be made to All Saints Episcopal Church, Clark St, Belmont, MA or Angel Fund for ALS Research (theangelfund.org).
There's still time to send flowers to the Visitation at the Brown & Hickey Funeral Home from 5:00 PM to 7:00 PM on July 5, 2019.