Many PipeWorld citizens would be surprised to learn how well smoked a lot of high-end collectables are. While white glove & glass case collectors do exist, plenty of them smoke their rarities as often---and as hard---as anyone else in love with tobacco.
This Bo Nordh is one such pipe. Over its 29 years, the stem had been repeatedly buffed to the point that the bite zone was beginning to collapse from thinning, the button was becoming a blur, and most importantly, it no longer fit securely. No matter how firmly it was seated, a gentle turn was all it took to release it. Because it was made to hold a filter, the (relatively) thin-walled tube had been squeezed from the compression of the military-style design. This, in combination with material loss from use and repeated buffing meant it was time for a new stem.
The new one was made to my best guess of the original's dimensions when new, before it was shrunken from buffing. It was also made in a conventional (non-filter) style.
. 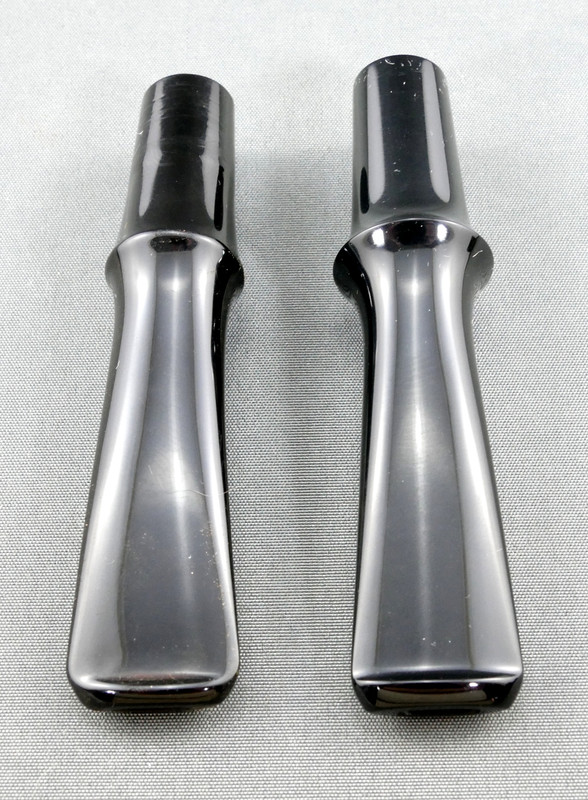 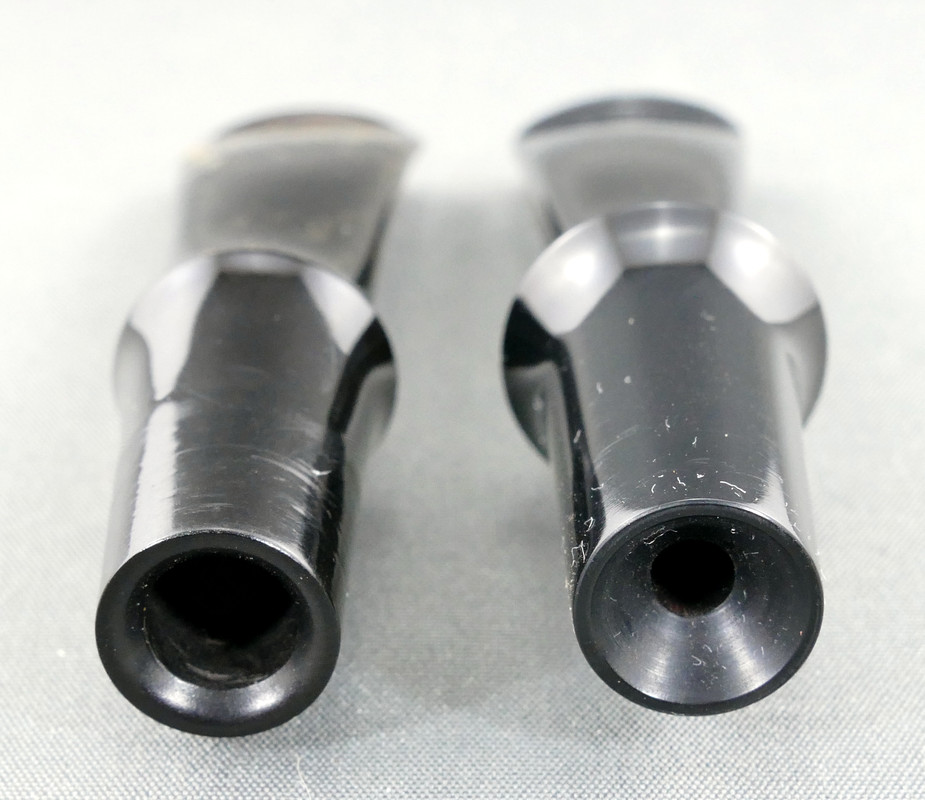 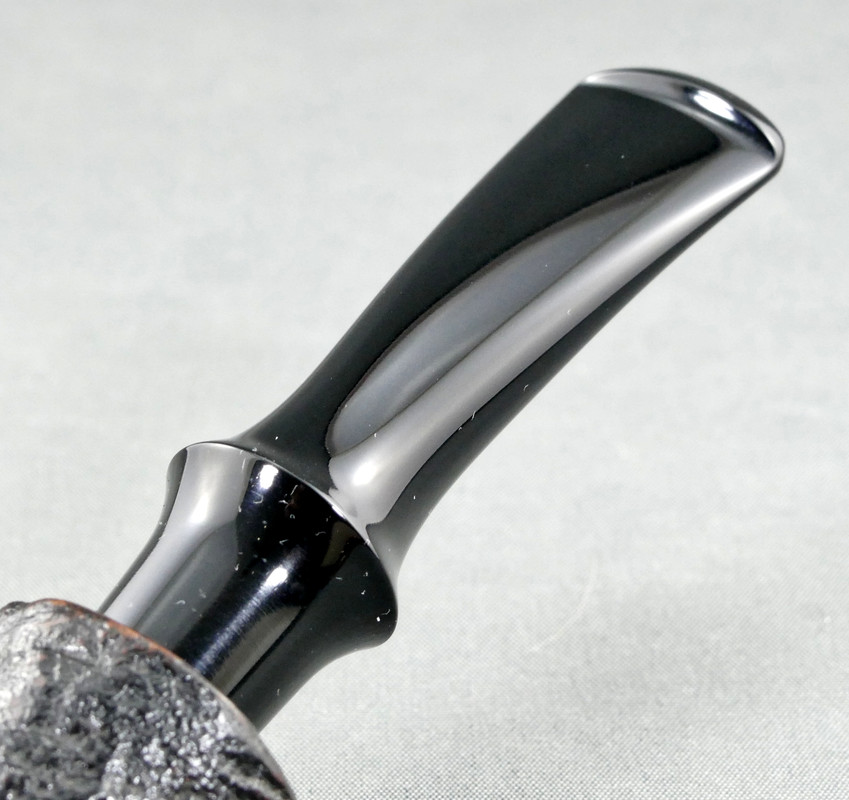 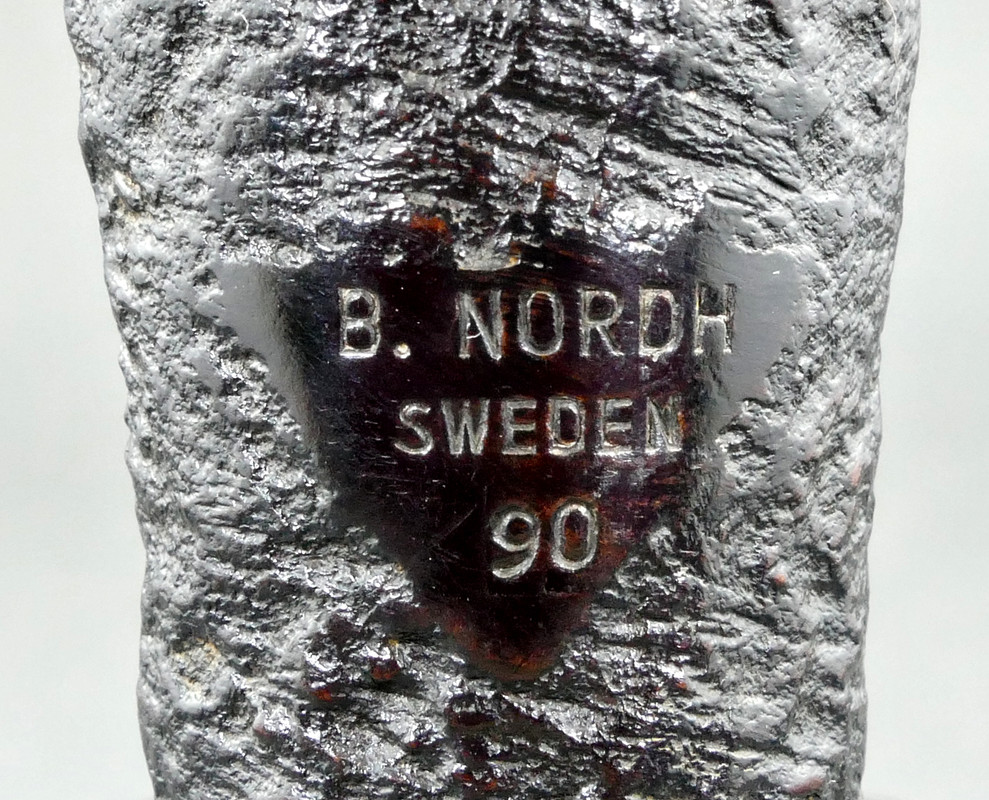 God bless you, George! We need you. Keep doing your magic.

I imagine Bo himself would be impressed.

When I opened this thread I was thinking "If you need a new stem for a Bo Nordh you better call George or you are screwed". I open it and see that it was George who started it. Just lovely.

Terrific job. George! In the wrong hands, which is about 99.999999999% of them, buffers are WPD's (Weapons of Pipe Destruction). The curvlinear flow through the pipe is spot on. And I like the extra bit of ring flare on the stem, as it just hits the curving line between the top end of the shank and the tip of the button.

Yes, indeed. Good thing I don't own a buffer, as I'd be inclined to over do it.
George scores again.

Great work George. I have a rusticated Savinelli that could use a new stem...interested?

My pipes never have and will never see a buffer. I have seen too many pipes that has had the nomenclature almost totally buffed off. I have passed on many estate pipes because you could hardly read anything. If spit, polish and elbow grease can’t do it, I’m OK with it. 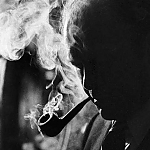 Excellent work.
You must log in or register to reply here.