I received my custom antler pipe tamper in the mail today, and I'm very happy with it. Below are few pictures of the tamper, along with one of my favorite pipes, a heavily rusticated Savinelli that my wife bought me for Christmas a few years ago before we were married: 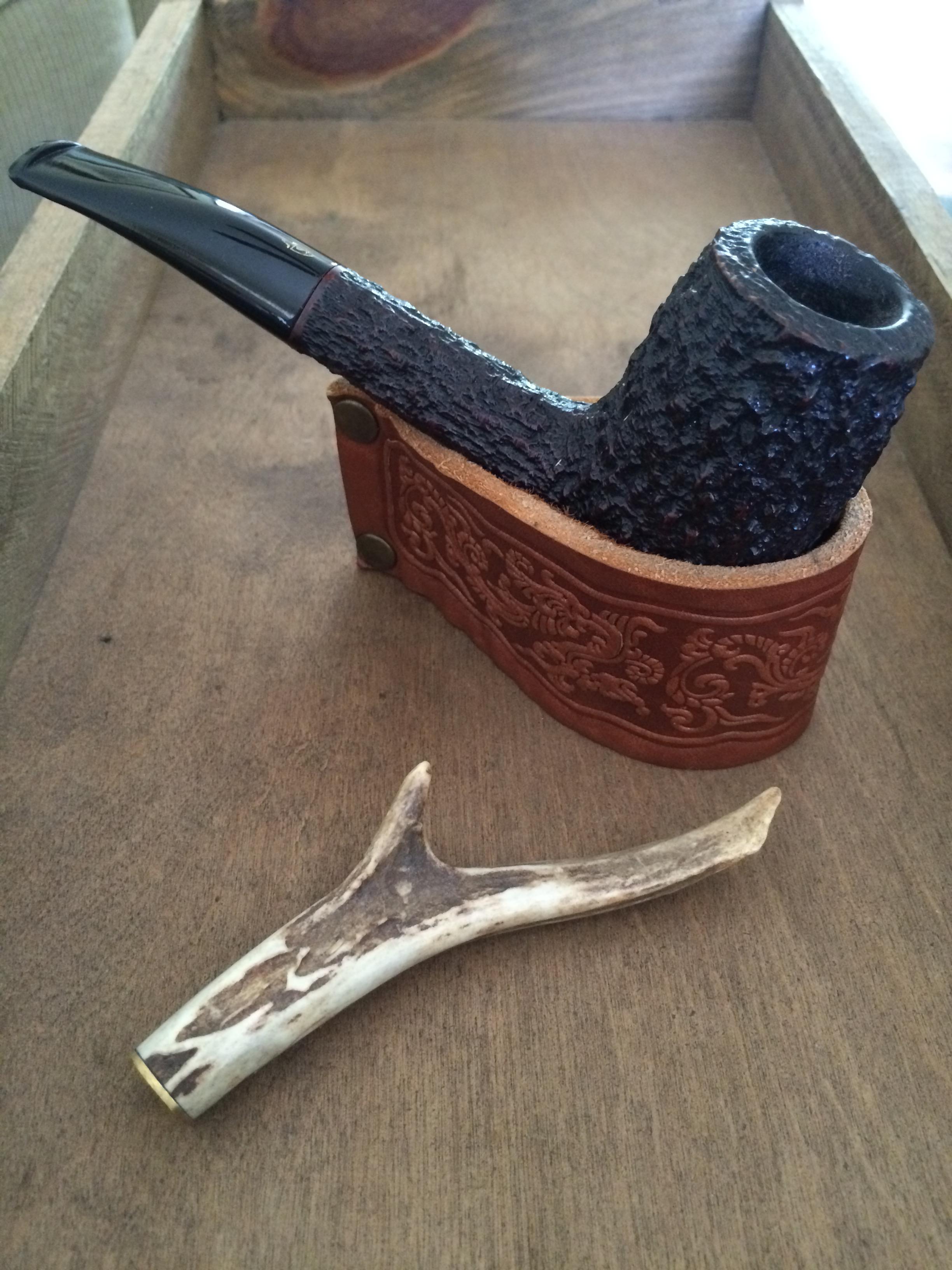 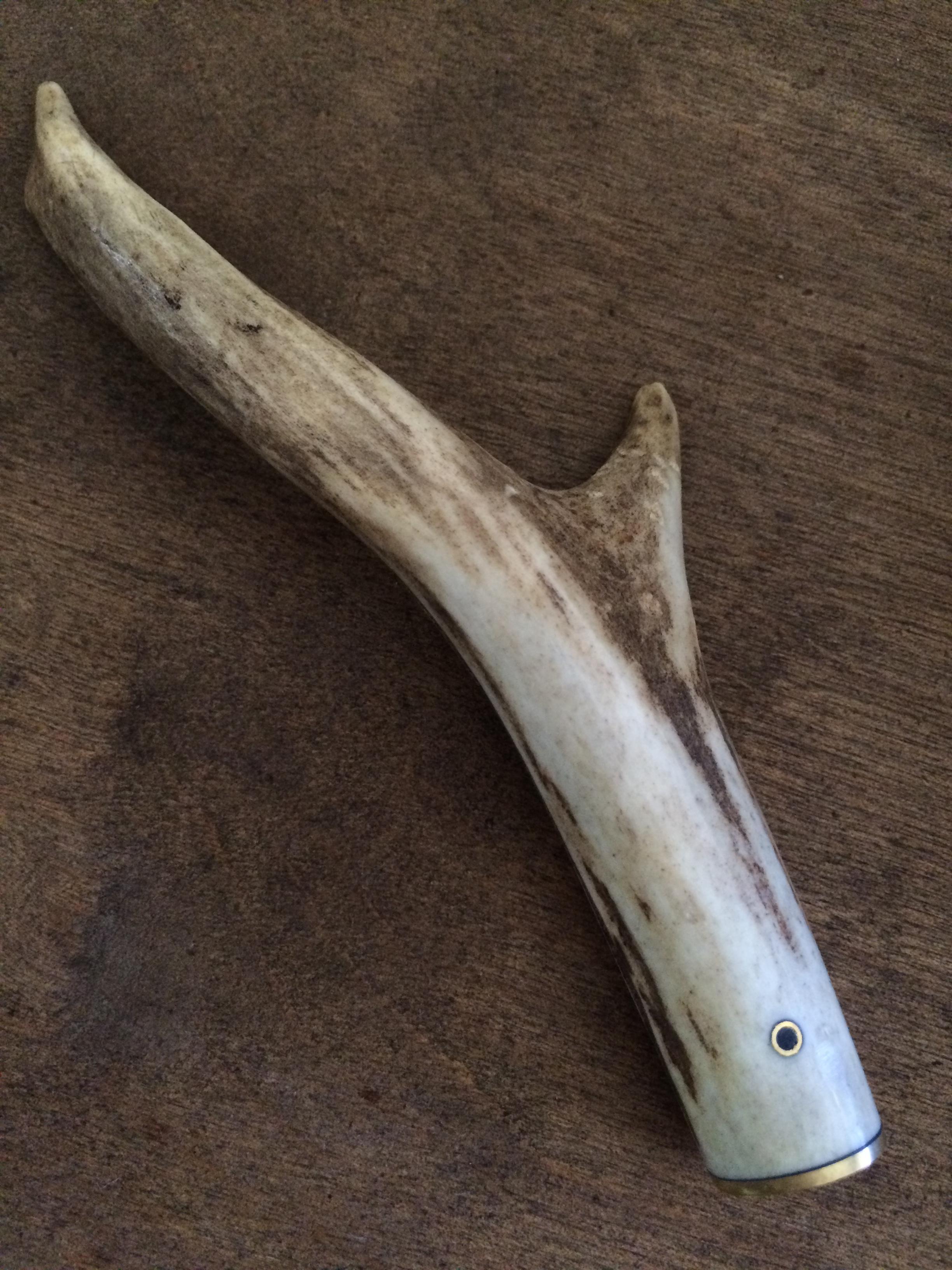 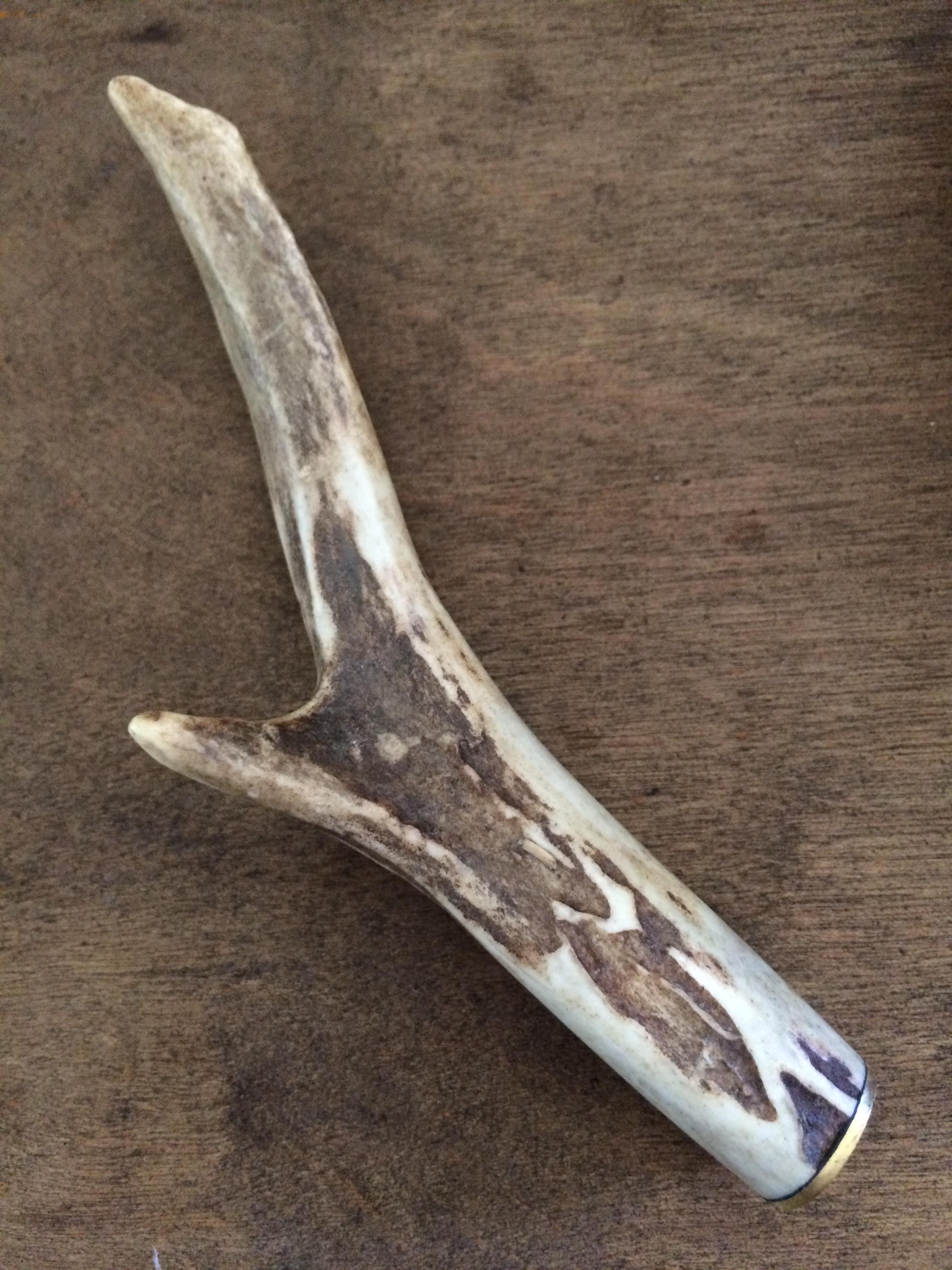 I ordered the tamper a week or so ago from the Vojko Art Etsy store (Etsy Store - Vojko Art). The tamper is very well crafted, and the brass piece is carefully fitted to the antler. The tamper looks good in pictures, but even better in person. I paid about $35 including shipping from Slovenia. I really like the rugged outdoors aesthetic that this natural antler pipe tamper brings to mind. Also in the above pictures is my leather pipe rest, which I bought on eBay a few years ago from another eastern European craftsman who I believe was located in Ukraine.
Anyhow, I am excited about the new tamper and wanted to share a few pictures with my fellow pipe smokers who might understand my excitement about such a relatively mundane item :

Hmmm. Very rustic. I have quite a few little blacktail antlers laying around from smaller deer that would easily work for this. May have to make one of these myself. That or make 20 and sell 19 for $30 a piece, hahaha.

Very nice! I found that you can make your own tampers, something that is a reflection of you or of a time in your life that has some meaning. A tamper to me is a very personal item...something to cherish and enjoy, as you made it yourself. Smoking a pipe is a singular enterprise...a very personal time for yourself. I have made a number of personal tampers depending on mood and pipe that I chose to pair up with it. If it gives you joy that is all that is necessary. 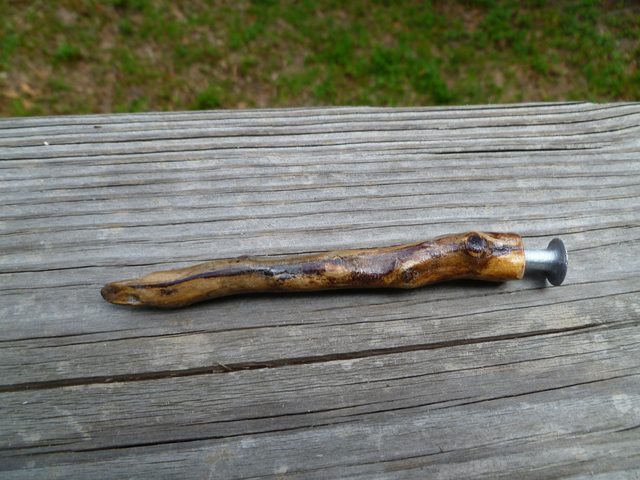 A small piece of cedar branch.

Hmmm. Very rustic. I have quite a few little blacktail antlers laying around from smaller deer that would easily work for this. May have to make one of these myself. That or make 20 and sell 19 for $30 a piece, hahaha.
Click to expand...

Rustic indeed! If I had a bunch of antlers, I would definitely try my hand at making a few tampers. A week or two ago in another thread, I saw a really cool carved figural tamper made out of antler by one of the forum members. It was a straight piece of antler carved to look like a man's face with a long beard.
While $35 might seem a little steep for the tip of an antler, it's clear that some skilled craftsmanship went into fitting the brass piece to the flat end of the antler, and to me, that little brass plate is what makes it really a pipe tamper instead of just a piece of antler. however, I'm sure it would work fine without the little brass plate. Also, the pointy end is flattened out just like the little spoon portion of a Czech tool, which makes it perfect for scraping dottle out of the bowl after a smoke. In other words, it's really just the perfectly shaped little piece of antler to use as a pipe tool.

Yeah, the brass fitting would be something to figure out for sure. It would be cool to somehow fit the end of a shell casing on the bottom of one also. Without the primer of course, hahaha.
The little blacktail spike and fork antlers I have would be ideal. Gonna have to give that some thought. Cool tamper!
I don't think these ones will work though.... :lol: Agreed that a shell casing on the bottom of an antler tine would make a great tamper. The shell casing and antler would go hand-in-hand, and reminds me of those Nording Hunter series pipes. Very cool.
One of the smaller tines on that big old moose rack could make a good tamper if your pipes are big enough : 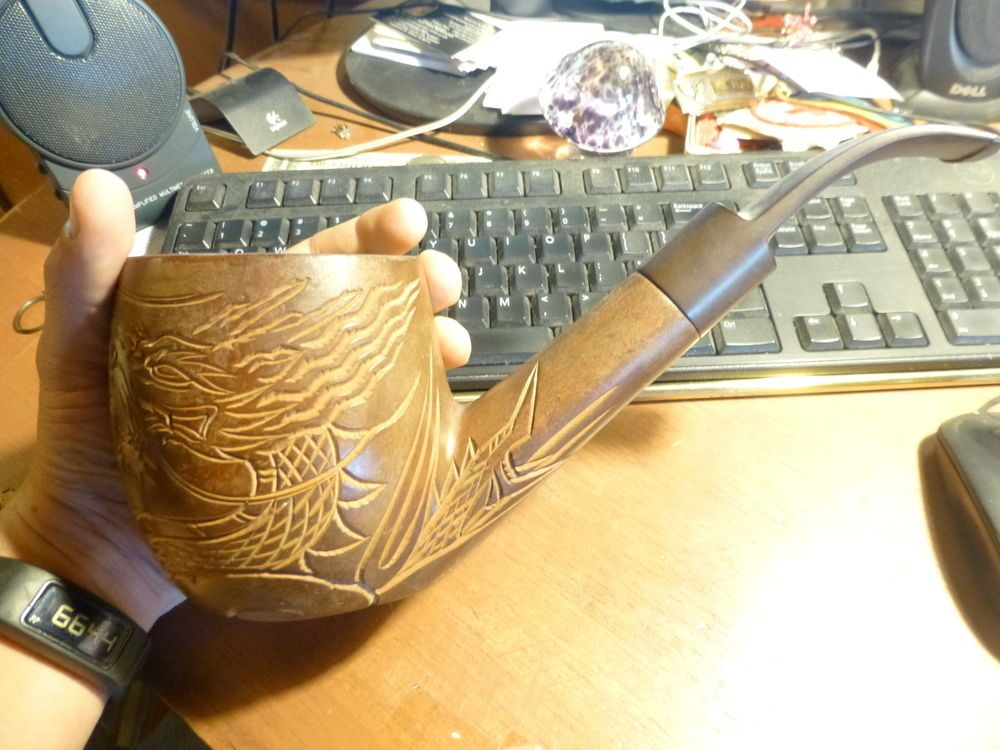 The shell casing and antler would go hand-in-hand, and reminds me of those Nording Hunter series pipes
Click to expand...

Yeah, J.M. Boswell has done a few pipes with shotgun shell shank end mounts that are pretty cool as well, but all the ones I've seen are not in shapes I desire.
Neerup recently made those salmon fishing pipes with fly reel shank mounts that actually spin as well, haha. But they were awfully short blasted little things with a corny silver salmon on them. Wasn't enough of a fan of the aesthetics to drop $200 on one, but that spinning fly reel shank looked dope as hell. Would love to rock that on the river.
Would love to see my wife's face if she came home and I was on the porch with the pipe in your picture, a moose tine tamper, and a gallon jug of bourbon. Maybe one of those 6 foot sub sandwiches too.

Would love to see my wife's face if she came home and I was on the porch with the pipe in your picture, a moose tine tamper, and a gallon jug of bourbon. Maybe one of those 6 foot sub sandwiches too.
Click to expand...

:clap:
Sounds like a great Friday evening to me!