Egads, another fox exploded! This time I stoved a three year old tin at 185 degrees and at about the three hour point it just couldn't take it anymore-- boom! It's gotta be the pressure already built up from the aging. Eh, it's Briar Fox-- no great loss....

Man, I'm not sure if anyone else has stoved sealed tins, but there is the building of pressure from moisture, with no relief.
Personally, I put it in tin cans with out decals and adhesives to funk things up.
It works. The flavors mellow and round off. The different leaves blend their flavors as well.

200 degrees F for 200 minutes will work some magic

Backwoods, how do you prevent the tobacco from drying out if your tin can is unsealed?

If the tobacco is very dry, hydrate the tobacco somewhat before hand. Place a lid on top, but not an air tight seal.
Just like cooking a turkey. It has worked for me. I used the metal tins from McClellands, tinfoil top.
Any metal soup can would work. Just make sure it is clean, maybe boil some water to sterilize it.

If a sealed tin, take an icepick and punch a hole or two before baking. After, jar up or put tape over the holes. 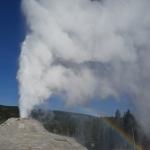 With a non-sealed container to prevent the tobacco from drying completely out you can also put a baking dish full of hot water in the oven.

Not to get things totally off track, but, I once read a recipe for cooking a mixture in which all the components and magic additives were placed in a crock-pot and stewed for 2-3 hours. The guy was trying to make a long lost Balkan Sobranie.

Jpm, if a very small hole was drilled into the tin bottom some moisture may even be retained. Thanks!

My McClelland tin of Wilderness held up to ~185f for 3.5 hours, mainly because I forgot it was in there. I was shooting for a little over two hours, and 220f, but I guess my oven thermostat runs a little cool at the low end. So it was probably swinging between 170 and 200 as it cycled. The tin came out at 185f, checked with my temp gun. It swelled up, but returned back to normal when it cooled.

Not to get things totally off track, but, I once read a recipe for cooking a mixture in which all the components and magic additives were placed in a crock-pot and stewed for 2-3 hours.
Click to expand...

I've heard of this method being used before, and I've thought to try it. The problem is I don't know, and can't find out, what temperature or setting to use or how long it should be done. This is something I'd like to try soon if possible.

Yes, that is out there, some of the stuff is hard to get though.
http://www.puff.com/forums/vb/general-pipe-forum/55091-homemade-balkan-sorbanie-original-mixture.html

Anthony,
The chef, mixed his different components in measured amounts and the rest is in his words:
Mix ingredients into a crock pot and lightly mosten the tobacco with distilled water. put setting on high and close the lid. stir every 5 minutes or so for up to 40 minutes. let cool and place in an air tight container for aging. 2-3 months of aging will be enough.
Second attempt-
Blended, spritzed with sprays of distilled water, then "stoved" in a crock pot for one hour, stirring every 10 minutes ........ Cooled and then jarred away. .....Crock Pot on high, Mine has two settings...

I believe Bradley bakes tin on the regular. If I'm not mistaken, he wraps them in tinfoil so that if they pop their seal, they still have some protection from the elements.

Thanks, Backwoods. I've been wanting to try that for some time. I'm wondering if longer times at lower temps would benefit much differently. I'll try that, but after I try what you said first.

Now ya'll got me thinking of trying this in my smoker, ummm mesquite 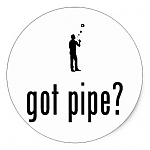 The original Balkan Sobranie is the holy grail of pipe tobacco, and when even its subsequent, inferior versions garner four stars from virtually every reviewer in these pages, it deserves more than a few words from an old codger who's never found an acceptable substitute. Between 1965 and 1970 I smoked pound after pound of the real Balkan Sobranie Smoking Mixture. I say “real” because that was the last of it. From the company's (the name and the recipe's) sale and in sale after sale after that the blend has been cheapened and diminished, with production moving to Jamaica (“Made in the U.K.”) and elsewhere. By the mid 1970's, as inventories of the real stuff had disappeared, the changes became obvious.