Now,My five cents to this,to start with, I don't think this brand new Australian Tobacco Import law will be enforced too strictly since the EU also has plenty of various tobacco-related restrictions in effect but in the grand majority of Eu countries(incl.Scandinavian ones) these draconian tobacco laws are policed'more or less randomly

See my above post … maybe a closet grow? LOL

Australia seems to be going back to being a penal colony.
Click to expand...

Sadly not much of an overstatement it seems...based on the trajectory they have been on for many years now...and not just about tobacco by any means.
But then that is essentially true of the entire planet now, to one degree or another. Penal Colony Earth.

Shame if pipe tobacco was accidentally put in dip tins and shipped over...

Funny that to limit cigarette black market they package in pipe tobacco too, as if someone is standing on a street corner trying to scalp escudo. 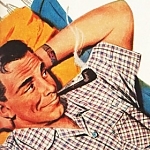 With the prices we pay here (almost all tax) I wish there were some people scalping Escudo on a street corner...
I’m not surprised that a black market for cigarettes emerged after the taxes were raised that high.
As timelord pointed out, it is suspicious that cigars are excluded from the new import laws considering a lot of politicians and other people in higher up places smoke cigars. 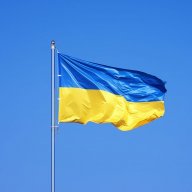 Just buy ropes and ask seller to cut it in 5" pieces. Make it look like a cigar.)))

Ok so what happens if you import it by post? I do not have a cellar, but that is ok because I didn't smoke much anyway.
Click to expand...

Well, before July 1 if your order arrived by post what happened depended on if they checked it or not. If it was pulled out for checking it would just get delivered as normal. If it was checked, then - providing the value was less than AUD1000 - you would get a letter telling you how much tobacco duty (and GST) was to be levied and how to pay. Within 48 hours of paying, the package would be released and delivered as normal.
July 1 onwards the rules state that it is now illegal to import tobacco by post. I guess it is still possible some would get through as before BUT if it is intercepted the importer would now be committing a criminal offence which will result in a large fine (and the tobacco being destroyed). I've not seen any numbers quoted for the fines but I would imagine they will be higher than the duty levy and also, as it's a criminal offence there could be other implications.
Just for the record, under the old system about 1 in 4 of my orders got stopped and had duty levied (which I paid). As I was ordering overseas to get blends not available here that was a bonus.
Personally, with the new rules I won't be taking the risk. I've enough stocked up for a couple of years and I'll top it up when travelling overseas.

Just buy ropes and ask seller to cut it in 5" pieces. Make it look like a cigar.)))
Click to expand... 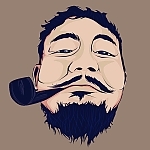 The ever growing reach of government :?