Does anyone know or can venture an educated guess, as to the identity of this pipe’s maker? I bought this on eBay in 2016. It appears to be a Parisian Ruhla-eierkop with a mushroom shank typical of the eierkop cased meerschaum stummel. The maximum width is 80mm and the height is 61mm. On the left, photos are of its condition when received and after cleaning, waxing and polishing. The case interior is worn and does not clearly show the company’s logo, a crowned V but two awards are displayed. The only Parisian meerschaum carvers who won multiple awards were Crawley, J.E.L.S. and Henry & Sommer Frères. The Sommer Frères logo is long and shows a crocodile. J.E.L.S. won the Médailles d’Or in 1878 and 1889.

I'm not a Meerschaum guy, to prevent a whole new outbreak of pipe acquisition disorder, but this is an interesting question. I hope one of our Meerschaum smokers with pipe history expertise can help. This is super specific, so either someone will have good information or no one will, I suspect.

Sorry to say, I know no details, other than that this is a spiffy old block meerschaum, and that the long wooden stems, with a tapered cork at one end and a bent animal-horn tube mouthpiece on the other, show up on eBay from time to time (one seller has several group lots of them up right now).

Give me an hour or so as I think I know the answer to this one!

Whatever, it's interesting! How got? 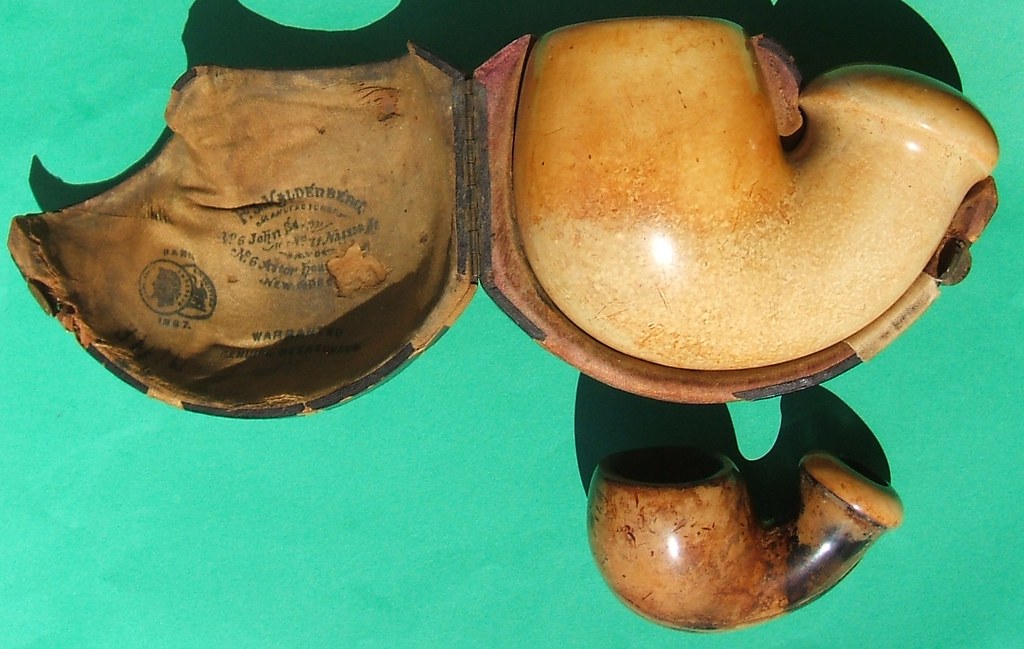 Here's the original image. Flickr makes it harder than sh*t to get their images to show embedded here. 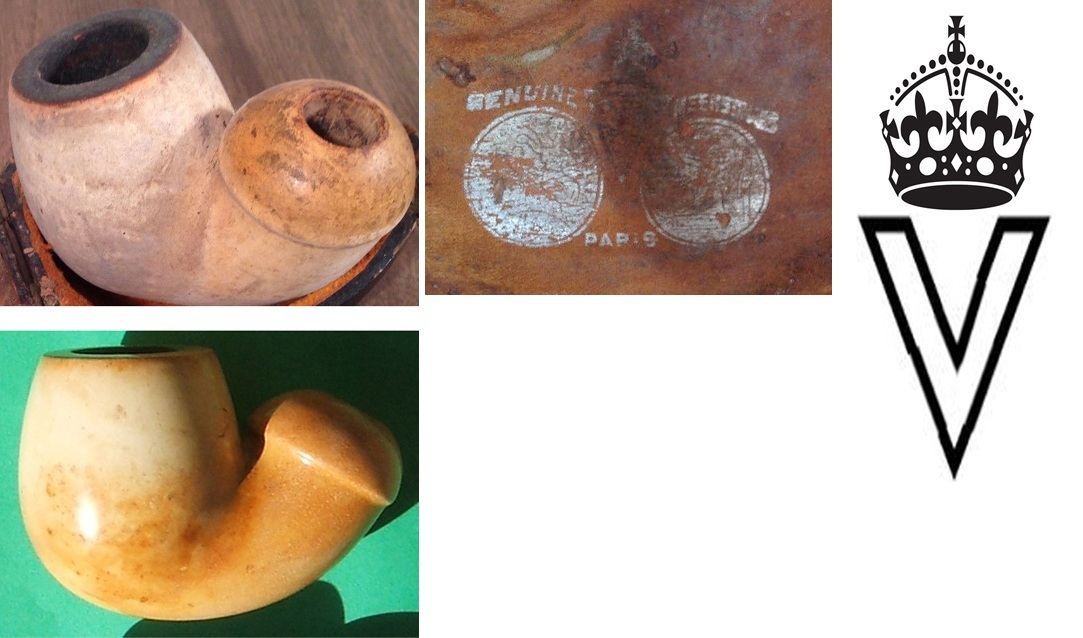 Is the OP's pipe the one with "Kaldenberg" written on the case? If so, it's a Kaldenberg, probably from the late 19th century, maybe as early as the 1870s. F.J. Kaldneberg was in NYC.

jpmcwjr, to answer your question I first have to clarify. This thread concerns only the French stummel. I own the other two pictured above as well. All three purchased separately over the course of two years on eBay.

pitchfork is right. F. W. Kaldenberg & Sons of New York was one of the largest meerschaum pipe carvers in the United States. It claimed to be the first, beginning in 1855. Based on The Art Collector: A Journal Devoted to the Arts and the Crafts, Alfred Trumble, ed., vol. 1-2 (1889), p. 46, it appears that a number of separate companies formed Kaldenberg Brothers that produced meerschaum carvings that were superior to those of the Viennese masters. Chief among them was Fritz R. Kaldenberg won first place at the 1865 American Institute and 1867 Exposition Universelle and the Grand Prix in Paris in 1887. In April, 1893, F. W. Kaldenberg was one of the wealthiest meerschaum manufacturers in New York. Three Kaldenbergs were on its board: Frederick Julius, Frederick R. and Guiodo F.

P. J. Kaldenberg made the stummel I own circa 1887. It is massive with a bowl height of 3" and diameter of 2”. The tobacco chamber is 1¾” deep chamber with a 1" diameter. The bowl’s wall is ½” thick at the mouth, ¾” half way down. The meerschaum stummel by itself weighs over 6 ounces. It came with its fitted travel case that allows it to be smoked while in the case. The stummel’s mass and size will require at least a two foot long stem to remain proportional to similar pipes I have seen.

It appears the information I seek is not readily available. However, I thank all of you for your interest and contribution.