Are these people trying to control my life or what???

Today, I had an Arturo Fuente in Mason Edwards of Ann Arbor, MI, home of the Wolverines.
It was pleasant, but I had a craving for Full Virginia Flake in the evening.
I dried them out for 1 hour, packed it in my gourd calabash which I got from Mr. Schrier via eBay, went outside of my dorm building and started my charring light. It was a little bit windy so I just puffed a few smoke right in front of the front door because there wasn't any wind blowing in the corner.
Unfortunately, a public safety officer saw me puffing a huge sherlock holmes pipe, approached to me and took my name and ID down. Why did he do that?
It's because University of Michigan, the home of hipster-democrats, has implemented a new smoking ban in July of 2011!!! When you are in university's property, you cannot smoke, otherwise they would take your name down for a record and if you are caught for second time, you lose your room.
Fine, I understand the reason behind the smoking ban. Smoking is not really good for your health, but Hell, I love smoking my good English blend!
What's more ridiculous is that this smoking-ban is both ineffective and unfair!
University says that it's okay to smoke in public roads since it belongs to the city of Ann Arbor, not the university; but guess what, if I smoke my pipe in public street that is located close to a dorm building, they can't do shit about smoke being carried by the wind to the dorm and its residents. Yes, it is freakin' ineffective. You see a guy on the opposite street belonging to the city smoking his pipe, and you can smell the smoke (and also get "harmful chemicals of tobacco via second-hand-smoke-bullshit") However, since he's smoking in the public street, you can't really report to police, but watch him puffing his tasty Virginia flake.
For smokers on the other hand, we have to find a new "designated" spot for smoking. However, in North Campus, which is not as fancy as Central Campus, there are few designated smoking spots. The closest one from my room is this trash can located in the intersection where winds blow like crazy (an ideal place for smoking a pipe, aye?)

Some people, they even go into the woods nearby in the dead of night to have his daily nicotine-take, but you have no idea what you will encounter in the dark woods in the midnight. We just have to deal with this abrupt change as best as we can because the university doesn't give a flying f#@k about how we get Vitamin N.
In my honest opinion, they should either repeal this bill or modify it so it's both beneficial for smokers and non-smokers. Seriously, the university does not have any right to govern someone's lifestyle. If a person is a non-smoker and see a person smoking his pipe, then just get away from him for god's sake! Are we just bunch o' hipster meat-brains who can't even think about other possible methods?
Oh yeah, for my final point: second-hand smoke is utterly a pure bullshit. I was once in a room with people smoking "good-stuff" from their bongs and the room was filled with smoke of the organic product. But guess what, I didn't get high at all. Nada, zilch, whatsoever...
And even the public safety officer told me that he's against the smoking-ban too. The whole country is going maniac... 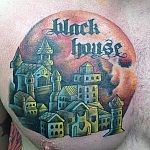 Tell 'em to pound sand and move off campus.

That sir, is not part of my possible options, since I had worked quite hard to get into this university

The university has something you want; a degree. Unless you are willing to get it somewhere that allows smoking on campus, they call the shots. Not you. Sorry, but they do get to legislate your lifestyle; it's their campus. Moving off campus may be a good idea, but while on campus smoke in designated spots.
Telling them to pound sand will hurt your cause, not help it.
BUT, you can petition for a designated smoking spot that's best for you. Be mature, forthright and pleasant. Get support from other smokers who have integrity and behave respectfully. No need to be subservient, but belligerence and even a hint of a sense of entitlement is a sure way to get the door slammed in your face.
Second hand smoke is unhealthy and annoying, so arguing it's "Pure BS" another sure way to get the door slammed in your face. Non-smokers have the right to restrict our behavior.Smokers have no rights, but may have the privilege extended toward them. That's the way it will always be and is getting worse by the day.

Thank you for your lesson, sir. I think I would just control my desire to smoke as best as I can, for it seems like the only option for me to stay out of trouble.

I would hate to be at your university. Mine has designated smoking areas but they are not enforced, people smoke all over campus. Doesn't effect me though because I only smoke my pipe at home a few times a week. They should be glad you are smoking a pipe and not cancer sticks, not too long ago university professors would all have been wandering around with pipes. 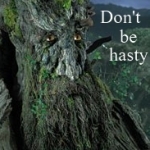 Ah me. Long gone are the days when the pipe was seen as a part of the life of a "college man" - not to mention the professors!

As someone pointed out, you're stuck if you live on campus - the university can set the rules the way they wish. Moving off-campus might be your best bet, although I do know that Ann Arbor is an extremely expensive town in which to live.

Nice to see a mention of Maison Edwards; they are one of 4 old-time tobacconists in Michigan, along with Paul's in Flint, Campbell's in East Lansing, and Hill & Hill in Grosse Pointe Farms. All of these places carry house blends that are not simply re-labeled Lane's.
And since you mentioned the mascot of That School Down the Road, I must say:
GO GREEN! Beat Michigan!

OK, I get it. So, what have you done. You have made your complaint to us, but what about the U. Get a coalition started, a petition, start a grass roots effort, to get some spots just for smokers. I bet you could even get some non-smokers in on it if it is seen as just lobbing for YOUR rights. Don't take it in the a$$, fight for your rights, this is F'n America, don't fall down and wallow in your drool, STAND UP, DO something.
OK, my Mr. Smith moment is done. Puff on dude. :

How times have changed. I remember smoking my pipe in the classroom in college and even trading with the professors. Kinda makes me glad that I'm going to be 60 next month and lived in this country when freedom was prized and not compromised.

I feel for you, young man, but its up to you and your generation to reverse the course of political correctness before all is lost. Good luck to you.

The Smoking Nazi's are getting stronger and more organized. Get ready.

Yes, they are trying to control your life. It's called the Nanny State. Get used to it, it's only going to get worse. The government looks at us as children, so we're treated as such.
Sorry for the bad news.
Remember, we voted for change. And we are getting it, whether we like it or not.
CACooper

What about in your car? Can they say anything about that?

Set up a booth on campus that sells Coca-Cola, Little Debbies, Doritos, and Reeses Pieces. Then post a sign that reads, "I'm supporting Type II Diabetes, Obesity, and other major health care crises that are more imminent and taxing to our economy than smoking."
It's a university. They like creative protests.

I also recall smoking in the classroom when in college. This is truly a sad state of affairs these days. 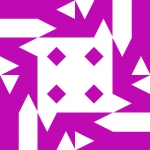 Arent I happy that there are many professors that smoke, and at least one that smokes a pipe, he regularly does it right on campus, on a bench by a walkway. Many people even stop and chat with him, its pretty nice.
Sorry to hear that man, its a shitty situation. Maybe you could make a petition for more smoking areas, especially outside of dorms.

A petition, eh? Hmm... but I think smoking and trading baccy with professors is a really cool thing!!! As I walk around the campus, I only see people with cigarettes in their hands, but in the end, pipe and cigar smokers also gets blamed..

Set up a booth on campus that sells Coca-Cola, Little Debbies, Doritos, and Reeses Pieces. Then post a sign that reads, "I'm supporting Type II Diabetes, Obesity, and other major health care crises that are more imminent and taxing to our economy than smoking."
Click to expand...

And I would almost bet all your treats would be gone in less than an hour.
Ever wonder about the irony of Girl Scout Cookies?

Lot of places around here you cant smoke. Fed property, city/county property, school property, hospital property. I even have to smoke 15" from the building at my work. Sign of the times. It's to the point now I wont smoke around non-smokers. Just glad my back porch is safe... for now.

To answer the question by your title yes, that is exactly what they are doing. Funny thing is everything on that campus is. What to eat, drink, smoke, learn, speak, and in some stricter schools even dress. All of this while most people (not sure if any scholarships are at play) pay them large amounts of money. Don’t get me wrong I still had a ton of fun while attending.