A Year On The High Seas

As I sit here enjoying a wee bit of Black Frigate, I pause to reflect upon the journey and the adventures undertaken since climbing aboard this finest of vessels.
Occasionally, I've chronicled events of import aboard the Frigate with a verse or two and brother Anthony, once or twice, has hinted that maybe a compilation of all this drivel would be in order.
So, tonight, I have undertaken a most challenging endeavor. Using our impotent and illogical forum search function to locate as many of my ship's log entries as possible.
I've found seven. Seven songs for the seven seas! :lol:
I don't recall if there are any more, as I never kept track. So, here, in no particular order, I present:
Arrgh! Rated Exploits
1
Unfurl Old Roger and hoist him up high

they swell with the tide

all wantin' a ride
Well, there's room for the masses

a shift in the crow's nest

and bring yer own cake
We'll lower the sails

when the sunset is low

and drift through the fathoms

with our pipes a-glow
'Till we see a vessel

Then we'll lean on the tiller

and draw our steel cold
Load up the stove pipe

and touch off the charge

'till they strike the colors

on their sinking barge
And if they surrender

their treasures and stores

We'll spare them a dinghy,

Carter Hall and some oars....
3
When in the course of Pirate events, on this, our Patriot Day

The greedy, self righteous and murderous vermin intent to subdue you and me

For freedom is earned, not given away and you owe a debt to your tots

To keep still afloat this stately old boat your fore-bearers paid for with guts.
4
Twas the night before Christmas and aboard the black ship

A billiard for me, a 904 for the chief
Rosenthal drunkenly sang us a tune

As the moon reemerged, a horse drawn wagon
Appeared in the sky along with a sound

Of jingling bells- I threw my drink down
Surely, I'm hammered, as horses don't fly

He pulled off his eye patch as he cursed and scoffed
Mayfair said, "Horses with antlers? Hell, no!

And wagons have wheels, not skids for the snow!"
Embers pulled out the ol' looking glass

And said, "It's a jolly man with a fat ass
Dressed in all red and pulled by reindeer

On a sleigh full of cargo; The whole thing is queer!"
We started to load up the cannons in case

We were assaulted by this freak from space
But, just as we opened the keg of black powder

We heard a man's voice getting closer and louder
"Ho Ho Ho, down below on the river.

I'm no invader. I'm just a gift giver.
I've been watching all of you for the whole year

You're mostly all naughty with the sex and the beer
But I've just left a place that they call D.C.

And by comparison, saints ye all be!"
He made a close pass. He just missed the mast

And onto the deck, a large sack he did cast
It burst open wide and spilled all around

We heard again jingle bells and his voice
"Enjoy this reward, but please do recall

There's others around you with nothing at all
Don't be a dick. Be giving to others.

Even if they smoke Carter Hall, They're still brothers." :

Our nuts drag the ground

We load up our briars

and smoke by the pound
The salty spray douses

and flattens our embers

and light 'em back up

The cake in our cobs

and the grog in our cups
We'll pillage and plunder

the next ship we see'd

to buy our precious weed...
6
We head for the coast for some turkey and wenches

And to wash up our laundry because of the stenches

We dream of the stuffing and cranberry sauce

Until we score eggnog and fresh pumpkin pies

And loosen the buttons on our pantaloons

And the vanishing larder lends a tone of malaise

Everyone jealously guards the small tins

A crazy old bastard with ice on his face

Instead of a ship's wheel, he has handlebars

While I fill the cannon with lead and pipe nails

"State your intent or dance the hempen jig!"
"I mean you no harm. I'm half froze to death."

We followed the billows he made with his breath

"They tell me the Frigate be takin' on hands

And sailing off smartly to faraway lands."
He boarded the vessel with a cob and a tin

We knew right away he'd likely fit in

His training assigned to mate prariedruid
We all resumed stations, re-hoisted the sails

As visions of unicorns danced on the rails

The Cap'n regained our course on the wheel

There's albatross shit on the deck and the mast

The Beekeeper's Friend supply's getting low

Barnacles thick, so the ship's moving slow
We're down to the last crumble cake in the tin

The rats in the larder are all looking thin

There's no wind to push and no hands on the oars

We're tripping o'er piles of Sav 904's
The Cap'n retired below with a bark,

"Don't knock on me door or you're feedin' the shark!"

We haven't seen land nor a barge one to take

We're moving so slow, we're casting no wake
Just as the sun drops closer to night

The man in the crow's nest shouts, "I see a light!"

Rosenthal grabs the spyglass and he scans

"Port side!" he shouts, "A boat and a man!"
Necks are all craning and lining the rail

The tiniest breeze grabs ahold of the sail

We bear down and turn for the small floating wreck
"Where be you going and who do you be?",

we shouted. The man said, "Me name's Olkofri!"

"Been drifting for days since me schooner was sunk."

"All I have left is me pipe and this trunk."
We hauled him aboard and heard his sad tale

How an old mine had blasted his vessel's gunwale.

"All I could salvage was this here old crate

full cleaning supplies and a nice crumble cake."
"Well you'll need a lift, then, and we need a mate.

If you open that trunk, then we'll get you a plate.

There's quarters below and roast rat on the spit.

Upnorth1 just finished them up on the pit."
The cloud of despair dissipated by dark

And no one was offered as food for the shark.

The pipes were all glowing and spirits restored

And that's how we welcomed Olkofri aboard.
Bonus: Just stumbled on to #8
Up in the nest on a near moonless night

With barely a twinkle of heavenly light

A slow breeze was pushing The Frigate ahead

The crew mostly sleepin', snores wakin' the dead
A splash off the bow and the clank of some gear

cut through the thick fog and tickled me ear

I dashed for the lantern and cast out a beam

I said as the lantern beam swept side to side

We spotted an eyeball, and then a whole head

Gaspin' and flailin', almost out of luck

We tossed out a rope and then drew it back

We knew right away what this fellow would need

"Go wake up the Cap'n and bring this lad back

The fragrant clouds wafted from bow back to stern

the fellow grew stronger the more the cake burned
"What have we here?" says Captain C. Embers,

"Who's swimming the channel this late in November?"

"A surfer he said? Are we hearing him right?

Who waxes their board at this time of night?"
He shook his head quickly and then did explain

It's CERFER, not SURFER and, now that I've had

As soon as I'm dried and me fingers is thawed."

Anthony gave him a spatula and bunk

The rest of the crew lit up and got drunk...

Yes!!! I just reread the first two Will read the rest when I wake in the morning before work. You're a genius with the word, my friend.

Am I going to have to hide that cleaning fluid AGAIN? :rofl:
Great job Jay! :clap:

That is a piece of art Jay! That gave me the first smile of the day!

I am honored to be mentioned in one of your poems.

That is so damn cool!

Now, what I want to know is, does the Black Frigate carry Letters of Marque? Or are you guys all running the risk of being hanged at the yardarm upon capture?

I loved reading these again. It's always a little something special and fun added to a thread. Thanks for re-posting these, Jay! :clap:

This is the first I've seen them. They are great Jay. Good job!

I may have to take Sunday afternoon to steep on this one. Sounds a little like Operation Market Time on the USS Gallant, MSO 489, running patrols off the mouth of the Cue Viet River just south of the DMZ in 1970. I believe the US Navy somewhat forgot we were there, except they kept sending out big old oilers for underway replenishment when we provided the sailor power to haul goods across on lines and pulleys. The power winch was too likely to catch someone's arm or leg and take it off. Step lively there matey. I always get a kick out of the clothing retailer "Old Navy," which always makes me exclaim, "I was in the old Navy!" People look a little bewildered.

GI grits and GI gravy.
GI wish I'd joined the navy!
We are going through the Monty Python's Flying Circus series on Netflix, my first time seeing most of it.
Last night they had a skit with the "Bournemouth Gynecologists vs the Watford Long John Silver Impersonators" in a soccer match. I almost fell off my chair, as the LCS Impersonators just stood there on peglegs saying, "Arrgh" as the "doctors" literally ran circles around them.
LINK
I imagine a morning of the Frigate after a long party yielding a similar scenario.... 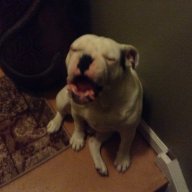 They are great, you have a talent.

Stellar. Just. Captured & saved to a Word doc on my phone. Worthy of all the archiving they can get!!

I must get my hands on some of this Black Frigate thing, I see it does wonders in as far as creation for some.