This is going to hurt you more than it does me. Well, maybe.

You know the adage you can lead a horse (I prefer a mule) to water but can’t make it drink!

Or the grass is always greener on the other side of the fence.

My favorite is you can’t teach an old dog new tricks.

Nah! That’s not quite right.

Here is the explanation: In my misguided youth, I smoked Sir Walter Raleigh in all my pipes, purchased from a B&M’s basket of pipes. El cheapos.

But a fuzzy, fossilized fellow behind a B&M tobacco bar told me to venture out. Try some of the tremendous aromatic tobacco blends available.

I undertook a voyage through several years of scorched tongue.

Some of the trusted and tried brand names of the then giants in the business, which will remain anonymous to protect the innocent, were burning pots of hell!

I tried blends laced with vanilla recently and, honestly, could not get enough of the beautiful combination.

Even a cherry blend now and then adds pleasure, whereas before, I thought I had a blowtorch on the end of my pipe.

Here is the trick I missed all those years ago (and try not to snicker): you sip, enjoy, put the pipe down, let it rest a bit. Sip again. The flavors are amazing, and no total war scorched earth on the palate.

I have fallen in love with modern and better aros. And I have found that many other aromatics that I passed by for decades, and recently added to the lineup, have a similar outcome for me.

All this reminiscing reminds me of a beautiful song Country Star Tom T. Hall sang in 1972 about old dogs, children, and watermelon wine in his majestic album, “The Storyteller.”

A beautiful line from that single goes: “Ain’t but three things in this world that’s worth a solitary dime/But old dogs and children and watermelon wine.”

And so, here is where the pain part comes around for old dogs:

It’s never too late for old dogs and a trick or two.

As all of you Irishmen out there know, this is the month we celebrate St. Patrick Day to honor Ireland’s Patron Saint.

And naturally, none do it better than Peterson of Dublin.

St. Patrick, who was a Brit, by the way, is thought to have died around March 17, 460 A.D., which is the day Irishmen and Irishwomen everywhere remember him.

With that lofty thought, I decided again to continue a personal semi-tradition this year.

I have been reading the popular pipe blog by Mark Irwin, Peterson Pipe Notes, which whetted an already-appetite for another Pete.

What caught my eye was the blog post about this year’s Saint Patrick’s Day offering from the celebrated pipe makers in Dublin.

Specifically, the attraction was the bent Dublin in a very interesting stain of green.

Irwin says the green stain is layered over a black stain to give each of the SPD shapes a different appearance within the same shape. This stain is attractive and works to provide the blast with emphasis on its deep crags.

I waited too long to acquire one of those masterstrokes, but the 2020 SPD is a distinct winner.

I have lusted for a bent Dublin in which to puff flakes, folded or otherwise stuffed into Dublin’s conical V-shaped bowl.

And just in case you skipped over my embarrassing foaming over the bent Dublin, check out Irwin’s fully informative Peterson Pipes blog and his past writings on all things Peterson.

Carl Sandburg, whose father’s Swedish spelling was Sandberg, has long been a Pundit favorite author, and common man philosopher.

I have been a fan and reader of the famed Pulitzer-Prize winning poet and author since high school days.

We shall not go into those tender years if you old dogs know what I am saying.

Reading “Chicago,” a poem rich in Americana, and especially a line in the poem, “Fog,” lit some lights in my youth-fogged brain.

Oh, so this is what writing can do for the imagination!

Just like other old dogs, my youth was based on impressions, trends, and girls.

Fog, Sandburg wrote, “comes on little cat feet/ It sits looking/over harbor and city/ on silent haunches/and then moves on..”

And if this makes you think about the common man, which Sandburg considered himself to be, you might also like his long poem, “Smoke and Steel:

I continue to marvel at this verse from that poem: In the blood of men and the ink of chimneys/The smoke nights write their oaths:

Smoke into steel and blood into steel;/Homestead, Braddock, Birmingham,/ they make their steel with men.

Smoke and blood is the mix of steel.

Sandburg spent the last 22 years of his life in Flat Rock, N.C., in the Blue Ridge Mountains, where rounded ridges of blue frame wispy smoke in the valleys.

Sandburg’s famed Flat Rock farm is southeast of Asheville, N.C., in Henderson County. Views from that farm grab you by the throat and spin you into an ancient world, hammered and shaped by time.

Both biographies of Lincoln are still considered essential reading on our 16th U.S. president. The tome-like volumes open insight into the man, Lincoln.

Oh, and did I mention that Carl Sandburg was a pipe smoker?

He smoked a pipe for most of his writing life, which began early.

He died at his Flat Rock farm at the age of 89.

Please PM tennwriter at Pipesmagazine.com if you know what it is.

See, this old dog would like to learn a new trick. 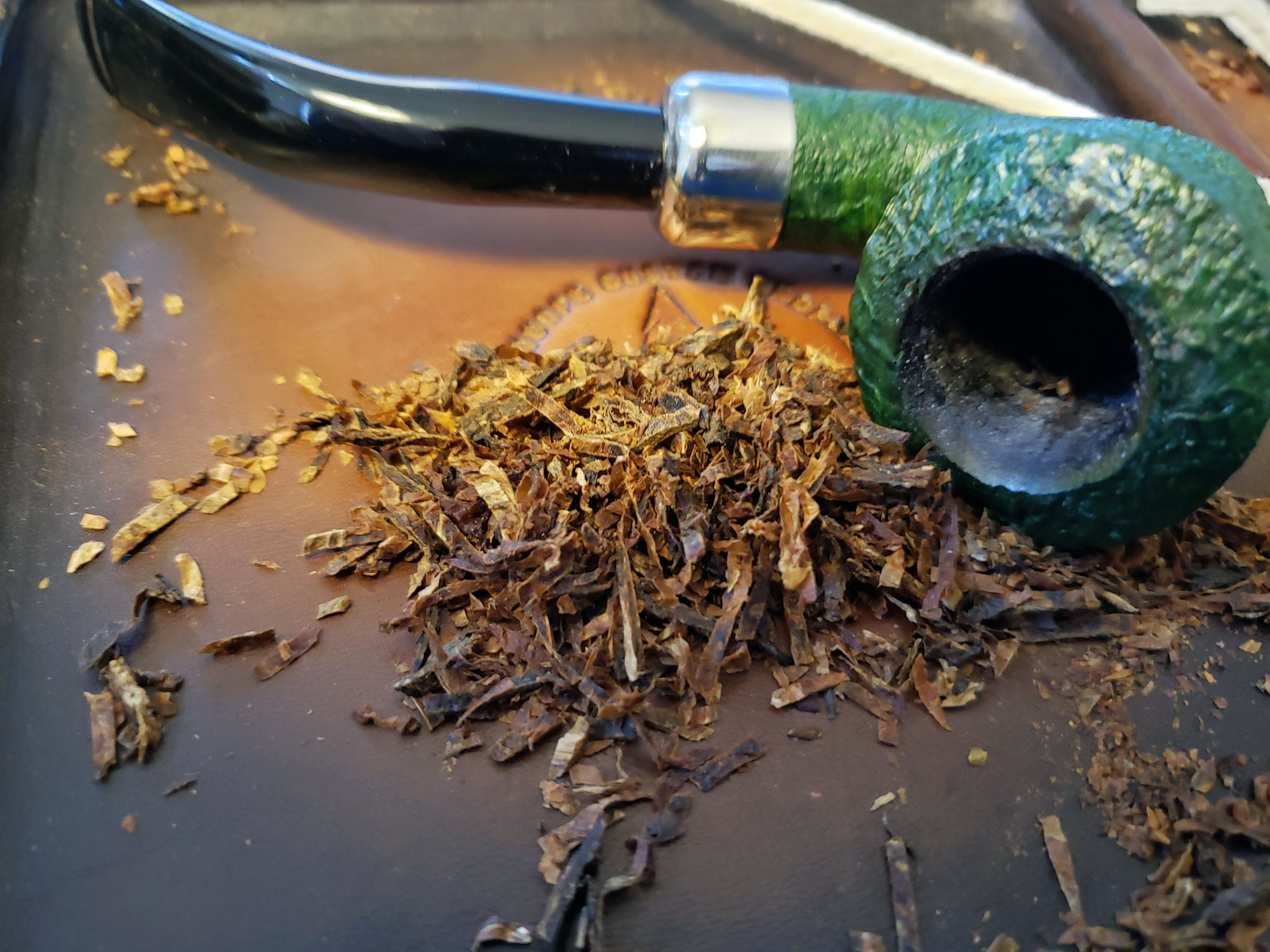