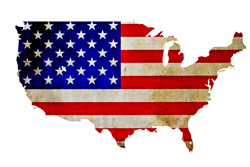 Here is the issue: What do smoking pipes and the Federalist Papers (first known as simply Federalist) have in common?

Some of the finest minds of the 18th Century wrote the Federalist essays, some 81 in all, as a way to inform the reading public on the intricacies of government and the governed.

One of those great minds was James Madison, fourth U.S. president and "Father of the U.S. Constitution." He grew tobacco and smoked cigars, and his wife puffed happily on her pipes, as did many women of that era.

John Jay, one of the nation’s Founding Fathers, a statesman and U.S. Supreme Court Justice, also enjoyed his "long clay pipes" with his friends.

Pipe smoking seemingly has been connected with some of the finest thinkers in history. In fact, it is not too far afield to say that many pipe smokers have been the "mind workers of the world." Well, okay, you get the drift here.

Let’s return to the Federalist for a moment. The Federalist was a series of papers on how the tender nation should approach the job of governing itself.

Here is a glimpse into Madison’s view: ". . . what is government itself, but the greatest of all reflections on human nature? If men were angels, no government would be necessary. If angels were to govern, neither external nor internal controls on government would be necessary. In framing a government, which is to be administered by men over men, the great difficulty lies in this: You must first enable the government to control the governed; and in the next place, oblige it to control itself. . . . "From Essay No. 51.

Alexander Hamilton also had a hand in crafting the Federalist. He is also known for devising the first tax on tobacco, an excise tax. The tax did not last long, but it set in motion the idea of taxing the leaf to provide revenue for the central government.

The Federalist was and still is a document of literature, as well as providing the underpinnings, the planks and nails, of democracy. 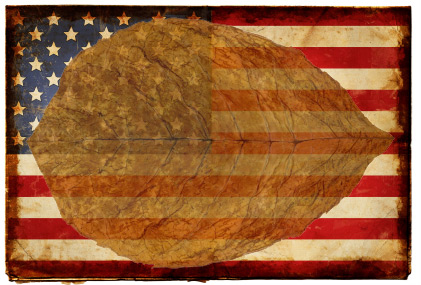 The point, perhaps, is this: men of wise counsel, who breathed the first breaths of freedom into a young nation, sought their pipes for relaxation, to help relieve the stress of conducting the affairs of a big country with full knowledge that it was picking a fight with the world’s finest army.

And what of men and women who followed the nation’s founders, who would put the stamp of "America" upon the face of literature and history?

A list of pipe smoking intellectuals who wrote of this nation, or served it in some capacity, is staggering. John Adams, the nation’s second president, kicks off the parade.

Following are some of the greatest names in the country’s history: Samuel Clemens, better known as Mark Twain, perhaps the nation’s finest humorist of any era; Ralph Waldo Emerson, the American poet-scholar whose essays, speeches and poems defined what it meant to be an American. They reached for their pipes when they reached for their pens.

So, tobacco and pipes have been about as American as one can get. No, George Washington apparently did not smoke, but he, along with President Thomas Jefferson were growers of the leaf.

What of the other great names in history who have contributed to the world of science, literature, fine art, stage and film and even the art of war?

That is a bountiful list, fun to puff over.

First we can begin with author Charles Dickens, said by some to be a pipe smoker and a lover of Latakia. 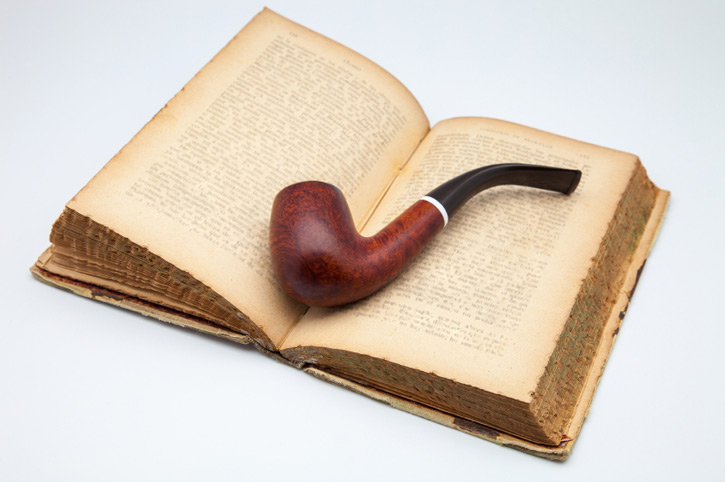 Keeping along the theme of writers, we can go to the well-known pipe smokers of Sir Arthur Conan Doyle, who created perhaps the most famous character in all of literature, Sherlock Holmes; C.S. Lewis of Narnia fame; Herman Melville, who wrote about the most famous whale in literature in Moby Dick and Billy Budd, Sailor, which by the way has a delicious burley, latakia, Virginia, maduro cigar leaf from Cornell and Diehl named Billy Budd; J.R.R. Tolkien, Lord of the Rings and Hobbit fame; Bertrand Russell, the great 20th century philosopher; Dr. Jonas Salk, the pioneer in finding a cure for polio; Vincent Van Gogh, the masterful French artist; Harold Wilson, British Prime Minister (and, yes, Sir Winston Churchill, though he smoked cigars, he purchased many from a 200-plus-year-old famous St. James Street pipe and cigar shop).

Pipe smoking among the scientific community is prevalent, as we know from such iconic figures of Albert Einstein, probably the most intelligent man on the planet in his era; Robert Oppenheimer, one of the minds behind the atomic bomb and the Manhattan Project in Oak Ridge, Tenn.; Charles Darwin, Origin of the Species; Sir Isaac Newton, mathematician and a lover of apples; and Ferdinand Porsche, designer of rather famous and very fast automobiles.

Freedom to smoke a pipe has been around since the birth of the nation, and tobacco has been under attack practically since its discovery by Europeans and their descendants. Native Americans knew of the leaf’s major powers for centuries before blue-eyed wanderers showed up on North American shores.

Those first arrivals were handed a pipe and told to smoke it; that it would make them feel much better about being lost.

Here we are, lo these hundreds of years later, still discussing the merits of smoking a pipe in peace.

Alexander Hamilton put it this way: "No legislative act. . . contrary to the constitution, can be valid. To deny this would be to affirm that the deputy is greater than his principal; that the servant is above his master; that the representatives of the people are superior to the people themselves; that men, acting by virtue of powers, may do not only what their powers do not authorize, but what they forbid."

So, our basic freedoms continue to be concerned with the governed by its government, and whether we are the better angels of authority.

Smoking a pipe is a basic freedom of choice and with that in mind, pipe smokers have two very powerful weapons in helping to keep their freedoms alive: Freedom of Thought and Free Will.