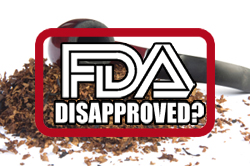 You, over there. The guy with the pipe in his mouth. How do you like being a FDA target? Feel good being zeroed-in by one of the largest federal bureaucracies in the known world? Getting accustomed to the big red and white target on your back? Maybe you are getting that ol’ hunted down feeling?

It’s going to get worse. Oh, you don’t have to take the Pipe Pundit’s word on this. Just go to the FDA’s own website and read all about "deeming." Or, check out the Federal Register on the subject.

Pipe tobacco has been "deemed" by this sprawling bureaucracy—at last count there were more than 14,000 people working in the agency—which means this according to the Federal Register:

In a fit of misinformation, the FDA says,

"Once deemed, tobacco products become subject to the FD&C Act and its implementing regulations, affording FDA additional tools to use to reduce the number of illnesses and premature deaths associated with the use of tobacco products. For example, it would provide FDA with critical information regarding the health risks of the proposed deemed tobacco products including information derived from ingredient listing submissions and reporting of hazardous and potentially hazardous constituents required under the FD&C Act."

This means that the FDA is tossing pipe tobacco and cigars in with cigarettes. There is no effort to refine the law or regulation to show that the Surgeon General’s latest report says that smoking either a pipe or a cigar has relatively the same health risks as those who do not smoke.

So, "deeming" is skewed right from the start by FDA, citing its mandates from Congress, which, by the way, loves its cigars, too.

Cigars, along with pipe tobacco, recently became a "deemed" product by the FDA, which claims to be carrying out the mandates of the 2009 Tobacco Control Act, better known as the Family Tobacco Protection Act, which gave the FDA jurisdiction over tobacco products.

Rack up another one for the Antis. They win again.

Let the Pipe Pundit explain. The FDA has now extended its "comment" period for the new cigar and pipe tobacco "deeming" regs until July 9. There are two options in the new rules:

Option One: Would extend the FDA’s "tobacco product" authorities in the Federal Food, Drug, and Cosmetic Act (FD&C Act) to all other categories of products, except accessories of a proposed deemed tobacco product, that meet the statutory definition of "tobacco product" in the FD&C Act.

In other words, Option One rounds up all tobacco products, including e-cigarettes, for regulatory action. But, the FDA isn’t going to take away your cigar cutter or lighters. They aren’t interested in accessories. . . yet. That’s a thoughtful elimination, don’t you think?

Again, the FDA is not after your lighter.

Now, everybody and his brother thinks that not including premium cigars in the new regs would be wonderful. Even some of the antis are saying they hate Option Two, but, obviously, for different reasons.

The University of California at San Francisco’s Center for Tobacco Control Research and Education puts it this way:

An unregulated premium cigar under Option 2 is defined as: "a cigar that (1) is wrapped in whole tobacco leaf; (2) contains a 100 percent leaf tobacco binder; (3) contains primarily long filler tobacco; (4) is made by combining manually the wrapper, filler, and binder; (5) has no filter, tip, or non-tobacco mouthpiece and is capped by hand; (6) has a retail price (after any discounts or coupons) of no less that $10 per cigar (adjusted, as necessary, every 2 years, effective July 1st, to account for price increases in the price of tobacco products since the last price adjustment); (7) does not have a characterizing flavor other than tobacco; and (8) weighs more than 6 pounds per 1000 units".

And furthermore, the CTCRE says that Option 2 is not appropriate for the protection of the public health, and would result in negative public health consequences. Indeed, all the scientific evident that the FDA summarizes in the draft rule makes a compelling case for rejecting Option 2 and including all cigars among deemed products that will be subject to uniform regulations.

So, safe to say the antis aren’t happy with the FDA, either.

Here’s the hitch: If premium cigars get a bye on this one, there will be a new classification for all cigars that could cost the cigar consumer mucho down the road.

"Premium cigars" is a new title, a new dimension the FDA has discovered. Anything at or over $10 is a premium cigar, for the FDA. So, what is going to happen, you ask?

Every cigar in America is going to go up to $10 and more in order to bypass the new FDA cigar regs. A baseline price point for a cigar is going to start at $10 to avoid the FDA regulation.

When the FDA catches on (it was slooooooow with the roll-your-own cigarette ploy of claiming to be "pipe tobacco) it will simply raise the bottom line price. Ergo, cigar manufacturers will have little choice but to be in lockstep with FDA pricing rules.

Hold on now. Pipe tobacco isn’t mentioned anywhere that Pipe Pundit has read about being excluded in any sort of cockamamie way by the FDA.

And before the Pipe Pundit moves on to pipe tobacco, how do you like FDA’s getting into the cigar pricing business? Yeah, that’ll work! 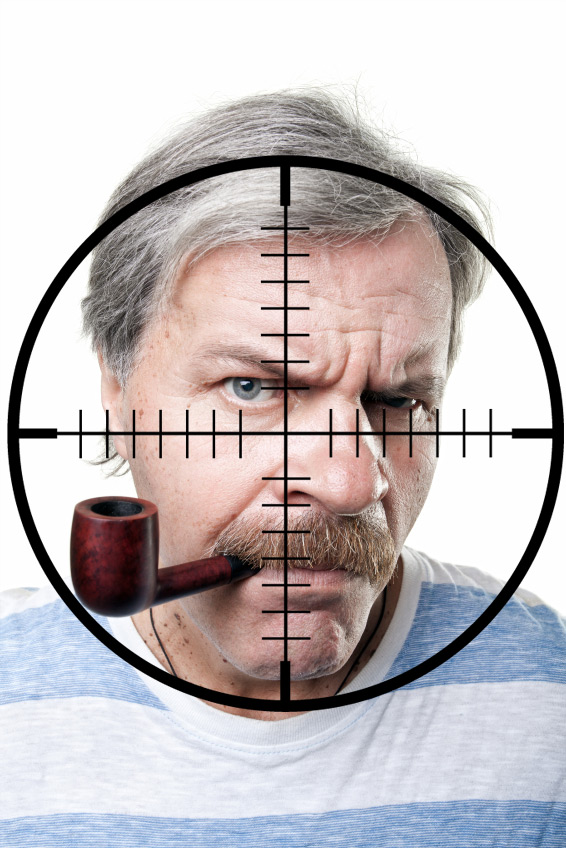 Okay, now for pipe tobacco. As the Pipe Pundit sees it, FDA will come back at some future date, when it realizes that it has been had, again, and will begin tweaking pipe tobacco regs since the paper-pushers did conclude that the stuff we smoke in our pipes has been deemed a "tobacco product."

The FDA and the Centers for Disease Control claim unapologetically that 480,000 people "die annually from ‘tobacco-attributable’ diseases. "At this rate, there will be more than 17 million deaths from tobacco use between now and mid-century."

Just to keep the playing field somewhat level, let’s look at the numbers for those who die on the nation’s roads from drunk driving: About 30 per day or 10,200 a year in the latest figures provided by the CDC.

You can look all that up if you are a mind to at the CDC’s site here. Right, the CDC says more people die annually from smoking than die in auto crashes related to driving and alcohol.

Those smoking deaths, by the way, are from cigarettes, not pipes and cigars. And until the CDC breaks out the number specifically for pipe and cigar smokers, the Pipe Pundit is going to use the CDC’s claim that 480K die in the U.S. each year from smoking cigarettes; zero from smoking a pipe or cigar.

A couple of other points before summing up:

The CDC says that "Excessive alcohol consumption, the fourth leading preventable cause of death in the United States resulted in approximately 88,000 deaths and 2.5 million years of potential life lost annually during 2006–2010 and cost an estimated $223.5 billion in 2006.

I’m not a statistician by anyone’s imagination, but the CDC also says that in 2010, over 1.4 million drivers were arrested for driving under the influence of alcohol or narcotics.

The CDC says that is one percent of the 112 million episodes of alcohol-impaired driving among U.S. adults each year.

Drugs other than alcohol (i.e. marijuana and cocaine) are involved in about 18 percent of motor vehicle driver deaths. These other drugs are often used in combination with alcohol.

Uh, is it just me, or does having 1.4 million drunks knocking back beers and puffing weed on the nation’s highways seem like driving roulette?

Seems to the Pipe Pundit that it would be far more beneficial to one’s health to get those bleary-eyed, booze-fueled, pill-popping, weed-huffing drivers off the roadways rather than spend all that time telling pipe smokers how unhealthy they are, and that they are public pariahs.