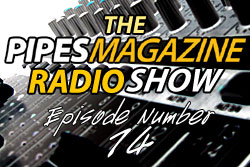 Thank you for joining us for The Pipes Magazine Radio Show—the only radio talk show for pipe smokers and collectors. We broadcast weekly, every Thursday at 8 pm eastern USA time and are available on nearly all podcast sites and apps. Listen on your computer, tablet, phone and even in the car! Our Featured Interview tonight is with pipe maker Nate King. Nate makes some fantastic morta and briar pipes in modernized-standard and freehand shapes. He started his career in the Indy racing business and has been making pipes for over 5-years. In our "Pipe Parts" educational segment, Brian will discuss a brief history of Caminetto Pipes. You may be familiar with Radice and Ascorti pipes – well, these guys were also part of Caminetto. It’s an interesting story how things evolved and ended.  Our pipes are packed, drinks are poured, the sound check is done … pack a pipe, sit back, relax and join us for The Pipes Magazine Radio Show.

Tonight’s show is sponsored by Sutliff-Tobacco.com, CupOJoes.com, SmokingPipes.com, Missouri Meerschaum, 4noggins.com, and MeerschaumStore.com, Please give them some consideration when making your next pipe or tobacco purchase. 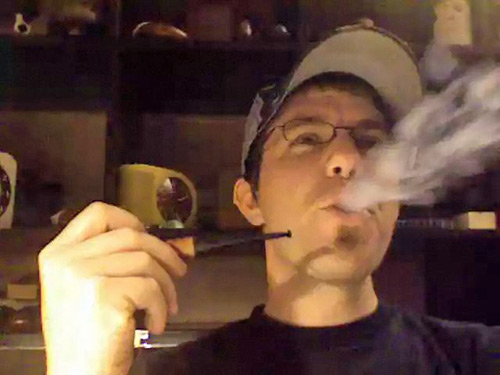 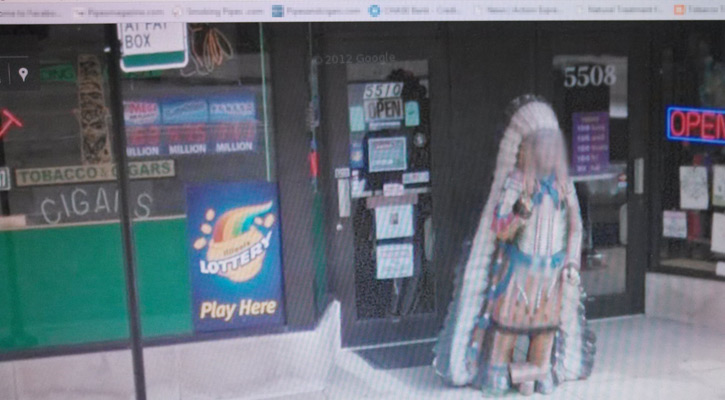 Google Street View thought this cigar store Indian was a real person and blurred the face.

We would like to invite our listeners to be part of The Pipes Magazine Radio Show by sending in your own audio files. You can record an audio clip on your smart phone, tablet, laptop or desktop and send it to us via email. Some ideas for the recordings can be as follows. 1. A Fake Tobacco Review – make up a fake tobacco blend, tell us the name of it and make a silly review about it. 2. Dumbest Tobacco Blend Ever – create a dumb tobacco blend, name it and tell us what is in it. 3. The Dumbest Thing you’ve ever done with a pipe. 4. Favorite Pipe Smoking memory. 5. Reactions of anti-smokers to you smoking a pipe. 6. Questions about pipes, tobaccos, or anything personal that you want to ask Brian, or even Kevin.

Please try to keep the clips to 1 – 2 minutes in length. We can use just about any type of audio file, but MP3 files are best when possible. You can email your files to radioshow@pipesmagazine.com. All submissions become the property of Right Click Media, LLC & PipesMagazine.com. Submissions may be edited prior to publishing. No guarantee is given that your submission will be used. (If you need help making audio files, you may wish to search online for free audio software or mp3 file creators.) 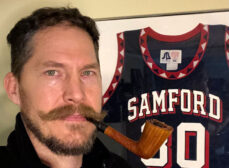 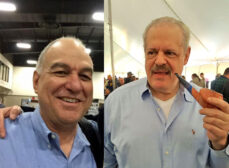 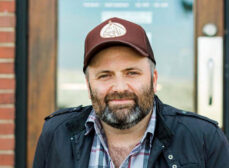