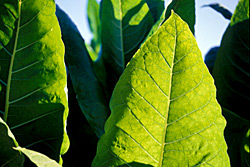 As you might guess, I love working with tobacco. I equate my profession with that of a chef; each component having unique properties that make it a valuable addition to a blend. Of all the available leaf that’s out there, nothing is more versatile or widely used as what we most commonly call Virginia. To the government, this leaf is referred to as flue cured. The name addresses the method used to cure the tobacco. The individual leaves are tied in "hands" and attached to a pole and hung in a barn. Indirect heat is introduced by pipes, or flues, that run throughout the building. The heat "sets" the leaf, so its color and chemistry become stable. This tobacco, also called brightleaf, and has two qualities that set it apart—it’s high in natural sugars and relatively low in oils. Its nicotine content ranges from low to moderate, but different methods of processing can increase the content significantly. 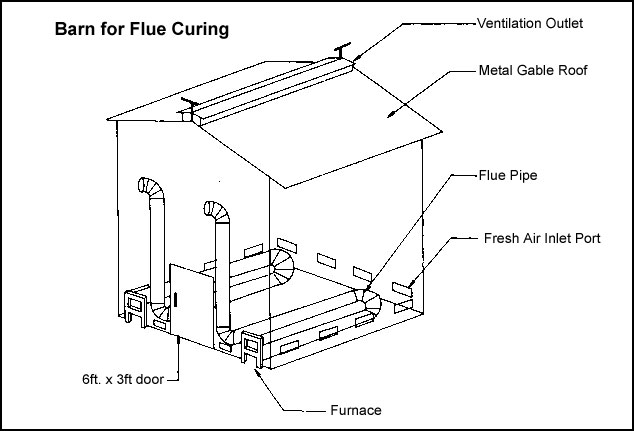 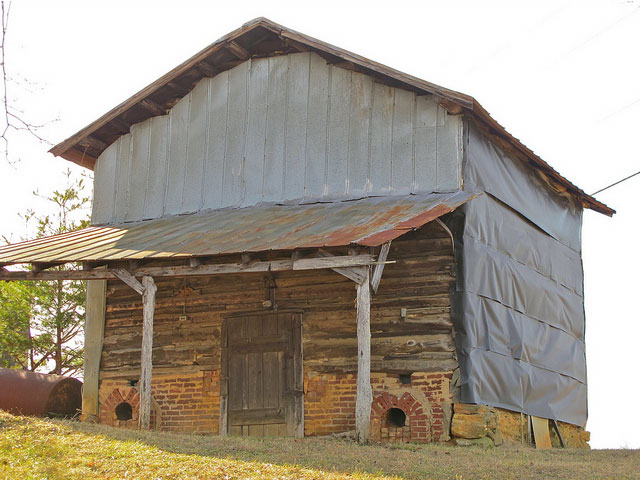 Before going into the uses and character of Virginia any further, one thing that should be noted is that the name is a bit of a misnomer. Although Virginia has been grown in the state bearing that name, historical evidence shows that it was first developed in North Carolina (Carolina tobacco is an offshoot of Virginia). The name aside, this leaf is grown in a number of regions in the U.S., Canada and countries in the Balkan region, Africa, South America and Asia.

Virginia is used in virtually all kinds of pipe tobacco blends—Latakia blends, Virginias, Virginia/Periques, Orientals, Burley blends and aromatics may all contain some brightleaf. Some darker, fire-cured varieties are used in snuff and chew, and Virginia is used in the majority of cigarette blends. Some of the finest quality cigarettes are made strictly of flue cured tobacco.

What makes this leaf so versatile is that it responds amazingly well to processes that are used to develop certain aspects of its chameleon-like character. In its most natural state, it tends to be lemon yellow to gold in color and has a pronounced sweetness with a marked acidity that some people describe as citrusy. That sugary sharpness can be used in concert with other leaves to make blends more balanced or to add another element of sweetness. Processing the tobacco a little differently will change the color and the flavor profile, bringing out toasty or bready notes, dark dried fruit or even a spirits-like aspect.

Two commonly used methods for artificially maturing the tobacco would be the use of heat and/or pressure. Heat will help caramelize the sugars and add some depth. In the case of stoving, which involves toasting the tobacco on a metal surface until it blackens, the flavor becomes fairly intense, but can also tend to burn a little hot.

Pressing or twisting Virginias bursts the cell walls allowing the fluids to co-mingle and also can caramelize some of the sugars. The tobacco will develop a depth of flavor similar to that of long term aging, but in much less time. Properly done, notes of dried fig and plum can become evident, and are signatures of flue cured tobaccos that have been aged.

In practical use, Virginias by themselves are a wonderful smoke, if a bit hot due to the high sugar content and low oils, which can slow down the burn rate. Some people find them to be somewhat one dimensional and delicate. While that can be true, it doesn’t have to be. Using darker, pressed and/or heat treated varieties in concert with lighter leaf will produce a fairly complex profile with a fair amount of depth.

In Latakia based blends, flue cured leaf can add sweeten, and an extra dimension, complementing the smoky leaf or adding a brighter component. It will also make these blends much more interesting with a fair amount of age on them, as the maturation of the Virginia(s) will bring a whole new element into play. 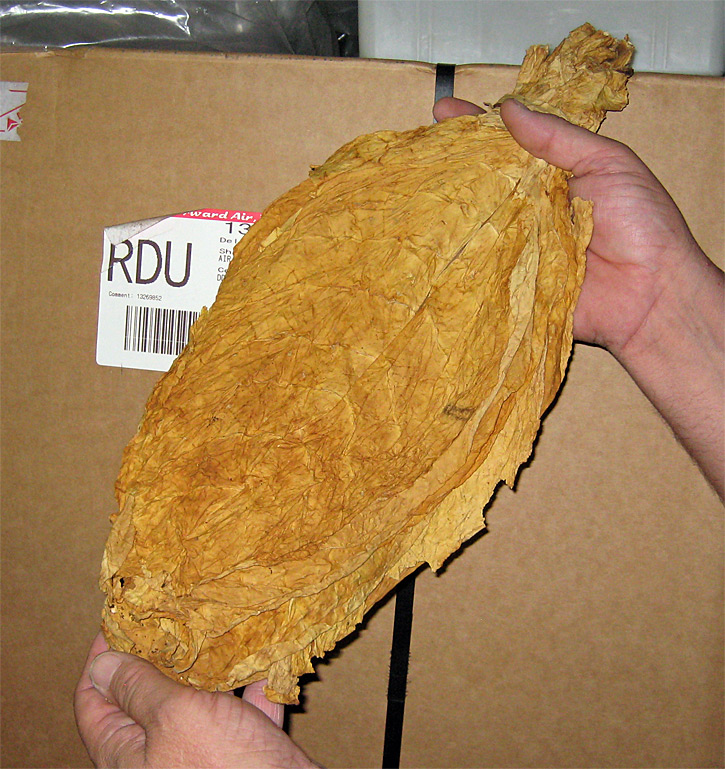 In concert with Perique, brightleaf really sings. The spice and deep sweetness of the dark, fermented tobacco from Louisiana brings out a different character from flue cured tobacco. These mixtures tend to have sweetness, depth, body, fruitiness and/or pepper, and they can be a bit heady, so they should be enjoyed slowly. Perique does for Virginias what mushroom can do for a steak.

Oriental blends can suffer because of the pronounced natural flavors and aromas of these sun cured tobaccos, but with the judicious use of Virginias, they become a chorus in harmony. The sweet notes of flue cured combine beautifully with the floral and umami aspects of Oriental and Turkish leaves. In fact, I would have a hard time imagining an Oriental blend without the use of Virginias.

Burley tobaccos, at their lightest, have a slightly sour nuttiness, somewhat like a walnut or pecan. At their darkest, they have a barnyard or cigar-like quality that can have heavy spice notes. Add dark fired Kentucky to the mix for smokiness, and the combination is huge and bold. But if there isn’t a certain amount of sweetness to tie it all together, straight Burleys can easily be overbearing, and that’s precisely why Burley blends without a significant top dressing commonly include some Virginia (think Half and Half, Burley and Bright).

Many aromatics contain some Virginia, and some are completely made of brightleaf. The natural sugars reduce the need for sweetened syrups. The fruit and confectionery flavors work particularly well with flue cured tobacco, because more natural essences can be used without the need for added sugars.

Every time I experiment with Virginias, I seem to discover something new. I’ve often thought about seeing how many different blends I could come up with by using the same blend of flue cured tobacco and processing it differently. When my schedule lightens up (which should be somewhere around 2018), I might just give it a try. But based upon what I’ve observed so far, the possible blends could wind up in the dozens.

If there’s a more versatile tobacco than Virginia, I’ve yet to find it, and if you look around, I’m sure that you’ll find some new favorites in the mix.