Inspiration from Many Sources (Ideas for New Tobacco Blends) 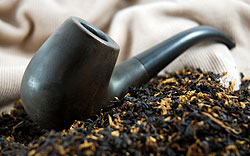 Probably the most commonly asked question I receive is "Where does your inspiration come from to create new blends?" This is, at the same time , one of the easiest and most difficult questions to answer, as, in some cases, the inspiration is apparent- a customer request, the availability of a new blending tobacco or the memory of a long-lost and lamented blend of the past. But in other circumstances, the thought that spurs creativity might not seem like something that should stoke the fires of innovation.

I’ll give you an example– for the past couple of years, I’ve been fascinated by Rick Newcombe’s belief that a pipe with a more open draw is a better smoker. Rick, who is the author of the excellent "In Search of Pipe Dreams" feels that pipes with an open airway exhibit benefits beyond an easier draw alone. I’ve certainly noticed that among the pipes I own that have a larger drafthole, the pipe will stay lit much longer when it has been set down. I also seem to notice a somewhat cooler smoke and one that is usually a bit drier. 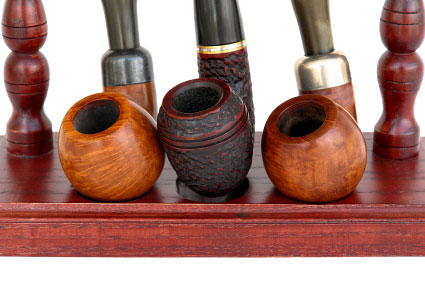 I recently took two pipes that I’ve dedicated to Latakia blends, both with similar chamber sizes and wall thicknesses, but one has a "normal" airway, while the other is from a maker who uses a larger drafthole, and I started smoking the same blend in both. After about 3 bowls in each (to chase away any "ghosts"), I became more critical in comparing the tobacco in the two pipes. The "normal" pipe exhibited , in my opinion, a less balanced flavor than the more open pipe, and it smoked a bit hotter. In retrospect, this makes sense. The narrower airway directs the smoke in a more concentrated stream at a smaller area, leading to the heat issue, and being more targeted, the smoke doesn’t blanket the palate in quite the same way that the freer drawing pipe can. Beyond that, I detected subtle differences in the flavor with the more open pipe showing a bit less sweetness and more of a bottom note. 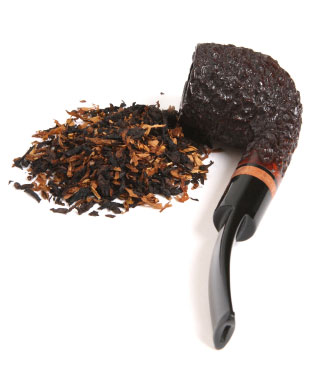 That has led me to try to develop a couple of new blends to attempt to take advantage of those characteristics. Whether this experiment becomes anything more than that, time will only tell, but this is an example of where an unusual inspiration can come from.

Starting out, it was pretty easy to figure out what to make. I wanted a few different Latakia blends (in varying intensities), a couple of Virginia blends, some Burley blends and Aromatics and then a few unique "signature" type blends. The next few that made the cut were ones that were made because customers would try one of existing tobaccos and tell me what they liked and disliked, and I would concoct something to make them happy. Then I began to try to fill the gaps between the current tobaccos. After that came a flood of requests to try to recreate mixtures that have disappeared over the years, which is something I’m loathe to do. During the first year of marketing the Hearth & Home tobaccos, I received a call from Greg Pease congratulating me on our early success. I was, obviously, very flattered and appreciative of his call, and we briefly touched on the subject of "clone" tobaccos. Although I don’t recall his exact words, the essence was that beside the variety of tobaccos we use to put a blend together, there are so many other variables that while it’s possible to capture the spirit of an old blend, it’s virtually impossible to recreate one exactly. 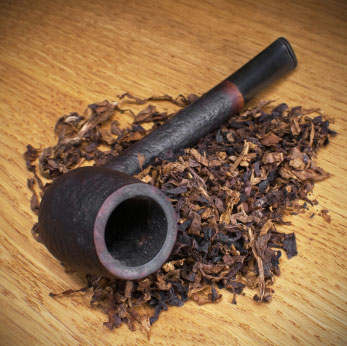 In recent months, I’ve found a source for some wonderful varietal tobaccos that I haven’t had access to in decades, so I have a fresh source of inspiration. I tried a combination last week of Virginias with some of those long-missing Oriental varietals, and a memory leapt into my head. The resulting mixture was reminiscent of some of the Lakeland tobaccos, but with a difference that nagged at me. Late one evening while smoking a bowl of the prototype, it struck me. The next day, I took what I had left and mixed in some cigar leaf. Upon trying the new blend, it reminded me in more than a passing manner of Sobranie Virginia #10. I’m hopeful to be able to do a little more to get it closer to that amazing old tobacco.

Some recent challenges that I’ve dedicated myself to are to create a few Aromatics in which the flavoring will not only be noticeable in the room note, but in the taste as well. Our Classic Burley Kake and the brand new Berry Nice have proven to me that it’s possible, now I want to make a few more with some variety (although I refuse to make an Anchovy Pizza blend). I also want to create a number of Virginia/Oriental and Latakia mixtures featuring some of those incredibly bright, fragrant Macedonian Orientals. A recent trial blend was passed around at our pipe club’s clamsteam, and one of the comments was "Who’s burning incense?", which gave me a bit of a thrill, since that’s what I remember from a number of those long-missing Latakia blends of yore.

From time to time, I’ll solicit input. We’ve put together a focus group of pipe smokers who will help us evaluate new blends, and their feedback, I’m certain, will lead to a number of new tobaccos. Since Kevin and Bob have been gracious enough to give me a forum here on PipesMagazine.com, I would like to make the best use of it. If you have an idea for a blend of any sort, based upon any characteristics or variables, please shoot me an email at the address below, or call our toll-free number (also below) weekdays from 9 to 5 Eastern, and I will take a hard look at all suggestions. While we’ve been fortunate to create some tobaccos that have a solid following, you’re only as good as the work you’ve done today, so give me some input and I’ll get back to work.