Living the Life of Luxury 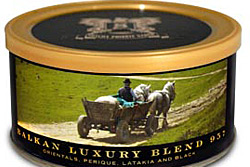 How do you define luxury? Do visions of Rolls Royce’s Spirit of Ecstasy come to mind, weekend trips in a private jet, a bungalow retreat in Bali perhaps? The dictionary defines luxury as an indulgence, a delicacy, a certain something that has exceeded the basics of necessity and gone far beyond, to the refinement of opulence and even extravagance.

The reason I ask? I’ve been forging my way through Sutliff Private Stock’s non-aromatic blends, and the next in the lineup is their Balkan Luxury Blend 957. Sutliff has really surprised me by stepping up their game considerably in the Latakia department, with a range of blends that display some real moxie. This Balkan Luxury Blend is no exception, bringing an interesting angle to the genre.

The tin description lists this as, "Orientals, Perique, Latakia and Black." Copy editing notwithstanding, this blend is all about the fusion of Turkish leaf and black Cavendish. In the tin, it’s an even range of leaf from the described black through light caramel ribbons. The opening note is dry and smoky, precisely as it should be, and perhaps a bit muted considering the flavor that’s lurking in there. Evident from the charring light onward is the motif of the flavor profile: tart and tangy. 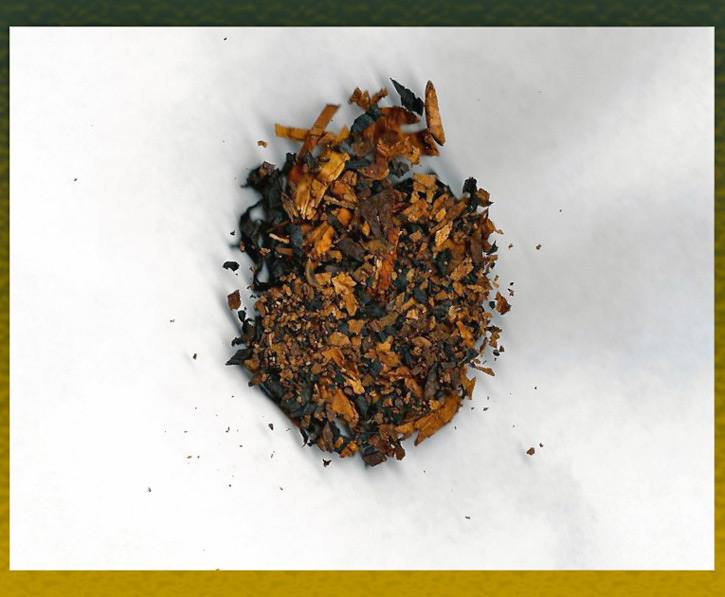 The colors of the season.

The luxury of an entire weekend with no other obligation than to be a professional tobacco reviewer couldn’t have come at a better time. The constant crush of the busy season has wound down, and my body and mind are in dire need of idleness. The weather complies by being frigid and rainy on Saturday, recommending that I luxuriate in my pajamas for the entire day, without even a notion of venturing outdoors. I begin with coffee and contemplation, enjoying a steaming pour-over preparation of a fresh batch of Intelligentsia’s Yirgacheffe limited release. It’s a small-batch single origin coffee, and is easily one of the best examples of the cultivar I’ve tasted. Partial to the high fruity notes and bright acidity of the genre, I find it handsomely complements the tobacco, as I suspected. The coffee noses hints of jasmine as it brews, and shows a lightly sweet roundness on the palate with just an intimation of blueberry and peach, exactly as advertised. The tobacco, in turn, has discernible fruity spice aromas in the tin, and the Cavendish lends a honeyed sweetness once lit.

What does luxury mean for you?

Several cups later, as well as several bowls, I look over my tasting notes. My first choice of pipe was not ideal for this smoke; too small and tall, it over amplified the tart profile of the tobacco. Switching to a larger bent billiard with a substantial depth to the bowl, the flavors really unfolded, showing some clarity and a fair amount of complexity. Due to the extreme angle of the draught, however, moisture became an issue as the pipe began to gurgle. After finishing the first and letting it cool, I employed one of my precious meerschaum buttons [INSERT HYPERLINK: http://bit.ly/Philter ] to the task and was immediately rewarded with a cool and dry smoke. Crisis averted, the rest of the afternoon was spent in splendid slothfulness, killing time without injury to eternity.

This blend, as others in Sutliff’s lineup, is of a very workmanlike composition. The profile being Turkish-forward recommends it as a Balkan, while the Cavendish component justifies a "crossover" appellation. The Perique here lends a hand in directing the profile toward its sweeter side, and the Latakia ties a ribbon around the whole package with its shifting veils of flavor. It tends to sit on the back of the palate with its tart and tangy edge, and the morning’s coffee and evening’s tea did well to balance the equation. After several bowls in the morning, a long rest for the palate was on order, but smoking was resumed later with a better appreciation of the tastes and aromas in this blend.

As I grow older, and conceivably a good bit wiser, I am better able to remind myself of the luxuries I already have whenever I begin to daydream too ardently of the luxuries I would wish for. Things like an interesting professional life, the many minor obsessions (like pipes and tobacco) with which to engage a racing mind, my loving animal and human companions, and the occasional moments of free time which I’ve learned to make a point of carving out of my days. That trifle of cognizance is, in itself, a luxury that’s taken me decades to earn, and I consider it a fair tradeoff for the follies of youth. Sutliff blends remind me that luxury need not be extravagantly priced.