A Game of Tins 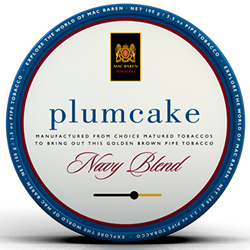 Call me a misanthrope, but "All Men Must Die" is an infinitely more appealing tagline than "Winter Is Coming". If living in the Northeast has taught me anything, particularly this year, it’s that there really is nothing redeeming about cold weather. While we don’t have white walkers in New York City—at least according to the Mayor—it seems like the winter has lasted several years already. Times like this are best spent curled up indoors, next to the fireplace, sipping some mulled wine, and indulging in binge-watching television. It is thus with great glee, and a fresh tin of Mac Baren Plumcake, that I hunker down for a Game of Thrones marathon in anticipation of the upcoming season four.

For the record, I think it’s a shame that tobacco hasn’t found its way to the shores of Westeros. The fantasy genre has a long tradition that is closely associated with the enjoyment of pipes. Most notably of course is J.R.R. Tolkein’s Middle Earth; what would the stories be without the hogsheads of Longbottom Leaf liberated from Saruman’s stores at Orthanc, Gandalf taking a smoke break to puzzle out the password to enter the mines of Moria, or Sam and Frodo lamenting their lack of food and pipeweed as they make their way to Mount Doom? It came easy for Tolkein, to be fair, as he was an inveterate pipe smoker himself and modeled his Middle Earth around Victorian England—a time when smoking was commonplace, and not only accepted, but expected. Alas, George Martin’s fantasy world is modeled on medieval England, just prior to the Age of Discovery and the dispersal of the noble tobacco plant far and wide. Unlike Tolkein, Robert Jordan, Gary Gygax and countless other heavyweights of the fantasy genre, Martin is himself not a smoker; perhaps it was an unconscious choice on his part to exclude smoking as a thematic element, simply because it is not part of his world view.

So where am I going with all of this? Bear with me. I’m no fantasy writer, but if I were to play one on PipesMagazine.com, I would naturally feature pipe smoking in nearly every scene and chapter. Catching up with the mini-series adaptation of A Song of Ice and Fire, I find myself ascribing what I think would be characters’ choices in pipes and tobaccos as much as choosing sides in the quest for the Iron Throne. Joffrey would be a flavored e-hookah smoker, obviously—probably piña colada. Mormont, Lord Commander of the Night’s Watch, was undoubtedly a Brown Irish X man when he could get it—and maybe a Mixture 79 man when he couldn’t. And my favorite character, Tywin Lannister, would certainly have filled his richly carved artisan pipes with Mac Baren’s Plumcake, as I am now.

First, there’s the obvious affinity between Mac Baren’s lion sigil and the lion rampant of the Lannisters of Casterly Rock. Mac Baren’s two lions are standing guardant on the lozenge, while the lone Lannister lion rears up on the dexter side. Both houses portray their lions in gold (or), a natural enough choice for wealthy and expansive clans. The Lannister lion is on a field of red, or sanguine, while the Mac Baren lozenge holds a field party per cross gules, or red divided in four quadrants, with gold stars and "HH" for Harald Halberg. Coinicidence? I think not.

The Lannisters are rich, exorbitantly rich, rich beyond the imagination of common folk of the realm. Their wealth is in gold, lands, and tradition, and it has made the house strong enough to be the puppet masters behind the Iron Throne. Mac Baren, on the other hand, is rich in tobacco. Their warehouses are the stuff that pipe dreams are made of, and it makes them strong on retailer’s shelves and in our cellars. Who else has stores of vintage Syrian Latakia these days, or decades-old pure Perique? Who else has the recipe to Plumcake, this perfect late-season blend that I’m enjoying now? Nobody, that’s who. They’re one of the largest tobacco producers in the world for a reason. They revolutionized the production of tobacco when Jorgen Halberg returned from America after World War II; the company went on to shape the palates of European and American pipe smokers alike with their fusion of quality leaf and lightly sweet topping, melding the Danish and New World styles.

The lions, the legacy, and the wealth are all well and good, but here’s the clincher: Per Georg Jensen is a dead ringer for Tywin Lannister, at least as portrayed by the brilliant Charles Dance, of course. Have you ever seen the two of them in the same room? I thought not. And though House Greyjoy was a contender for Plumcake, due to their nautical association, they lost out due to lack of class—this is a blend that is as classy as it gets, fit for a king, or, in Tywin’s case, a kingmaker. With just a pinch of Latakia spicing up the body and lending a hearty smokiness, the rich base of ready-rubbed burley flake and fine ribbons of Virginia roll over the tongue like languid waves, sweetened by the special Mac Baren Original Cavendish. Adding to the hint of sweet and savory at the edges is the light topping of Jamaican rum, subtly detectable on the charring light and through the top of the bowl as a background essence. It displays true tobacco flavor, leathery and sharp at the edges, with a definite tannic character that is not dissimilar to a medium-bodied red wine on the back of the palate. 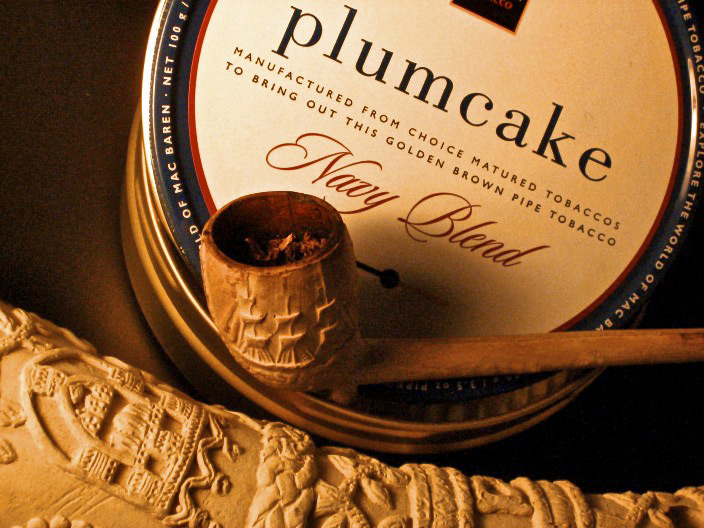 Which House would you choose?

While not everyone may agree with my assessment of Plumcake being the choice for House Lannister, the smoke itself is full and fulfilling, and the 100-gram tin, at the proper moisture level for enjoying straight from the can, is more than ample enough to last through a weekend’s indulgence indoors. I’ll stick by my contention that this is the perfect smoke for Lord Tywin to sit pensively next to the hearth with while he contemplates the administration of the five kingdoms, lending itself easily to long, slow sessions in capacious chambers. In fact I find this blend remarkable in a larger bowl, really able to express its full range only when stuffed to the brim of my group fives and larger. 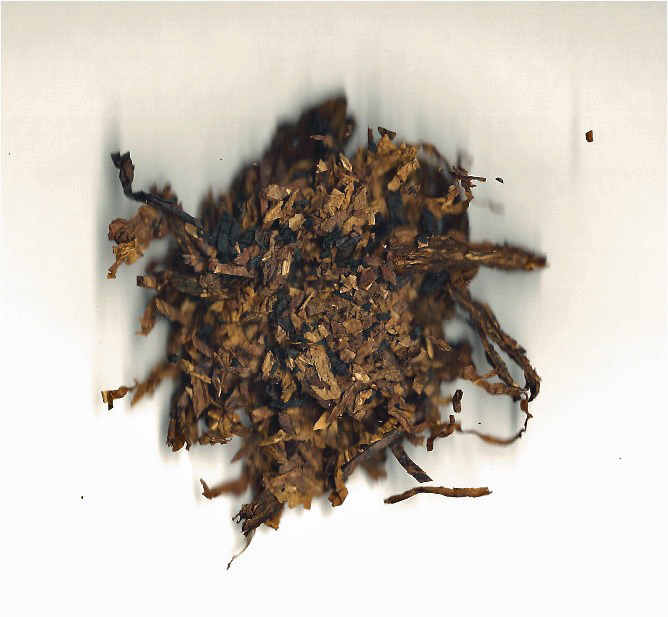 Which character do YOU think would smoke Plumcake?