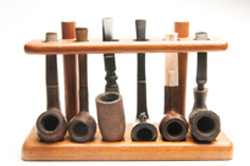 I spent the afternoon in my backyard overseeing my children while they proceeded to rake large quantities of leaves in to heaping piles. Obviously this was done with a pipe in-mouth. I’ve been stuck on McClelland for a few months but the day called for some Chenet’s Cake from C&D. I’m obsessed with perique but, as a nicotine lightweight (no matter how much I smoke), my body can seldom cash the checks my taste buds write in picking tobaccos. Nobody should be able to naturally process that much (glorious) perique.

This week I had a few friends over for a beer and one or two wanted to join me for a pipe. You know the feeling, where you’re excited to share, but you also are very careful about which pipe you lend to a newbie. The truth is, the decision is always difficult for me—I have an emotional connection even to some of my old cracked cobs.

If you’re a pipe evangelist like me, you end up with a lot of friends who turn to you for smoking advice. Given how often I’m finding myself answering the same questions, I decided it would be helpful if I began offering these up for the greater good of you, dear reader.

It should be noted up front that I am no master blender, and I don’t work for a famous pipe shop. I’m also just a guy, writing in front of an audience, asking them to smoke with him.

And without further ado, 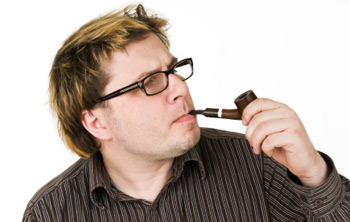 Dear Hank,
I have a plastic children’s bubble-blowing toy pipe I found at a garage sale a few years ago. After some extensive testing, I found a particular viriginia/perique blend that really shines in it. I’m curious if this is a common trait of these bubble pipes. Should I be seeking more out? It seems to be very poorly drilled, so I’m rather confused why it’s so enjoyable to smoke. Any advice would be appreciated.
Yours,
Bubble Blowing in Chicago

Dear Bubble Blowing in Chicago,
I’m not sure the plastic bubble-blowing pipe is particularly well known among smokers, as the topic is almost never broached on forums, but I myself have had similar experience. That said, I find the ghosting from the soap can be pretty hard to overcome. This can be avoided by smoking some Mixture 79 or any of heavy Lakeland tobaccos. This is the first I’ve heard of a Va/Per really shining in one, but I have personally suspected the great smoking traits of these pipes is actually related to something in the bowl lining. While some have used honey or other such things to line the bowl, it seems there is something to this non-brylon plastic which really adds to the smoking experience. I find the whole process is enhanced by bright moving colors and loud music with a persistent beat.
I do not personally believe the drilling is of particular importance with these pipes, but I’m usually wrong at least once each month, so there is always a possibility.
Happily still twitching,
Hank

Dear Hank,
A friend of mine enjoys buying estate pipes and restoring them for resale and personal use. Recently when keeping one for himself he has begun to sand off the markings and has figured out a process for adding a white dot to the stem. He’s not selling these as real Dunhill’s online or anything, but he does show them off to unassuming visitors as though they are real. Is this behavior destructive? At what point do I begin to worry about my friend, or intervene?
Thanks in advance,
Somewhere near Dumb Hill

Dear Somewhere near Dumb Hill,
People have been dressing things up for personal gain or to impress others since the beginning of time. Take, for example, the bow-tie. Like the white dot, it can only really be pulled off by a select few. But I ask this, would you rather your friend be faking white Dunhill dots, or chain smoking Virginia Slims and telling his friend’s they’re Marlboro Reds? So you see it’s all a matter of perspective.
Totally smoking a real corn cob Dunhill,
Hank 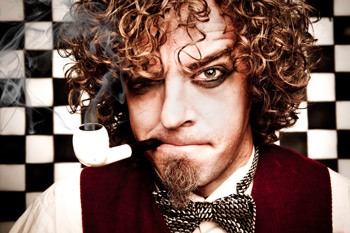 Dear Hank,
In a hypothetical situation, say a person were to be smoking a bowl of McClelland Blackwoods Flake and felt compelled to be smoking it outside in the surrounding woods instead of in the comfort of his home. And then say that person was enjoying the woods so much they laid down and continued to smoke on the ground while looking up at the beautiful blue sky. Then, again totally hypothetical, let’s say that person fell asleep and woke up when he noticed his hand was burning and he had lit a small forest fire.
Let’s then say, just for the sake of argument, that person then fled to the city and acted like nothing happened but the small fire turned in to a big fire and may or may not have affected a large portion of the Northwest. Would that person be accountable legally for having been careless, when it really seems like maybe McClelland should be held responsible for putting the idea in to that person’s head?
Asking for a friend,
Kevin the Innocent

Dear Kevin the Innocent,
No. Just…. Just no!
Yours,
Hank

Dear Hank,
Tuesday evening was the meet-up for our local pipe club. These only come once each month and I value them immensely. This last Tuesday, however, I came home to find my wife was coming down with a cold and was extremely tired from a long day with the kids. I decided to do the self-sacrificing thing and stay home, but the decision was very difficult. Did I choose correctly?
Sincerely,
Married in Vegas

Dear Married in Vegas,
I’m pleased you ask this question as it does seem to be nearly universal experience that this occasionally happens for the married man. The trick in this situation is that you want to both stay married, and attend your once-each-month meeting, despite your wife “really needing” you to stay at home that evening. The situation isn’t going away any time soon, but your tactics should change. Is there a way to have your pipe and smoke it too? Yes. And you’ve come to the right place.
The trick is that when you walk in the door and discover your significant other is in a bad way—the kind of way where you are likely going to be asked to stay home—you need to move fast. Say hello, ask how she is doing, and then say something like, “I’m really sorry you’re feeling bad, I guess you’re probably not going to be in the mood for some marital relations this evening then?” 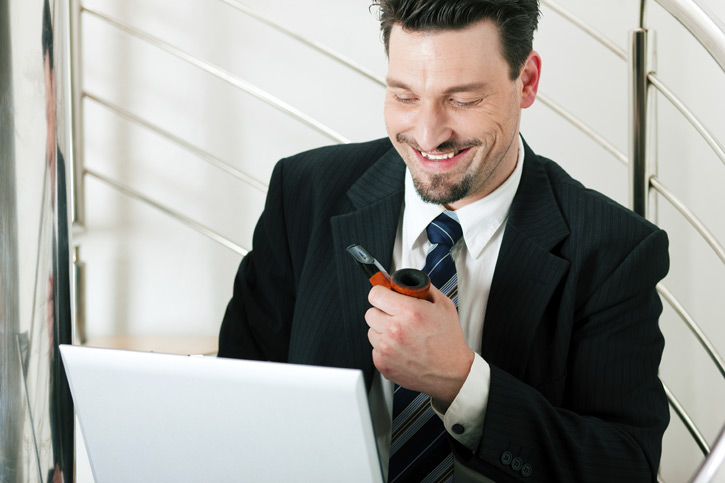 This has to be executed with the most precise grace. If spoken correctly you’ll be flattering her with your interest while emphasizing her being in a bad mood. Although grace is not the goal at this juncture. Continue then to ask for sex every ten minutes for the next few hours. By the time you’d need to leave she’ll be pushing you out the door. Now you’ve made your wife feel both attractive, and as though, for tonight at least, she’d rather have you out with your friends.
This trick clearly will not work for the 1% of whom have spouses with significantly more sexual interest than their husbands, and I’m afraid I have no advice, just jealous anger, for them.
Warning: side effects include, but are not limited to, a month a long dry spell, bad habits being developed, your wife reading this and finding out you’re a crafty SOB.
You’re welcome,
Hank

You can use the form below to send in your questions..