The Kansas City Show Report: A Call to Arms 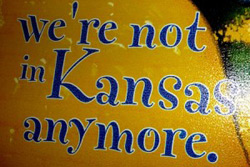 I have been agonizing over how to start this article for days. What was there to say about the Kansas City pipe show that hadn’t already been said, or would be found in other outlets? Following closely after the Chicago show, one may think it possible for the KC show to be overshadowed by the windy city—this is not the case, not by a long shot. Sure there are fewer tables, and slightly fewer pipes, but certainly the enthusiasm and camaraderie suffered none for it. The Greater Kansas City Pipe Club really knows how to put on a show, and it’s getting better every year. The members of the GKCPC have brought a lot of professionalism to their passion, and it really makes the presentation shine. Guests were treated to a clockwork schedule of events, excellent accommodation at the Doubletree hotel, and the warm welcome extended by the club’s members. 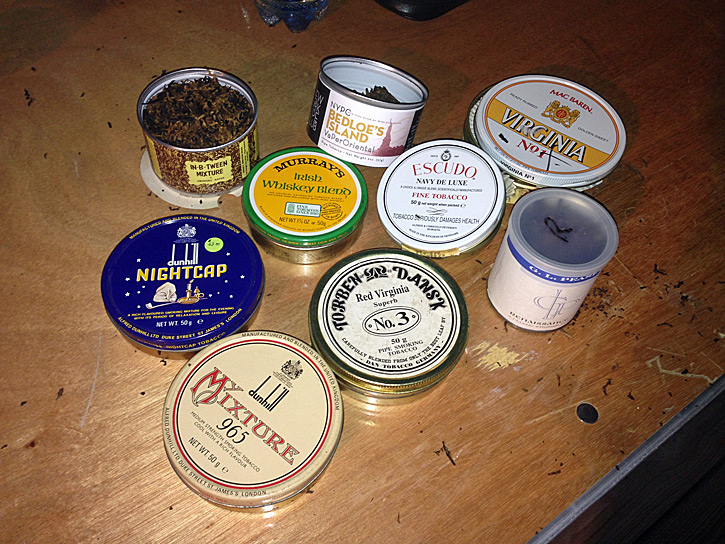 While at the Chicago show, I attended the annual meeting of the United Pipe Clubs of America. There to give a small presentation on the GKCPC were Vice President Carl Staudenmyer and Treasurer Dan Coomer. If you’re within earshot of Carl, you’ll certainly remember him—he’s got a booming voice that befits his presence. Dan is a bit more reserved, but then so is everybody when compared to Carl. The theme of their presentation was how to put together a pipe club, and they certainly have done it. From a low membership of five just a few years ago, they’ve turned it into one of the premier clubs in the country, with membership in excess of 120, regular and varied events including the annual show, and perhaps their greatest contribution to the hobby, the American Carvers Competition. In only its fourth year, the contest has firmly cemented the validity of American carvers in the pantheon of pipe schools, taking a rightly deserved place alongside the English, Danes and Russians. As usual, the photos of the winning pipes that made up the 7-day set were promised exclusively to Pipes & Tobacco Magazine for their print edition coming out in a few months. 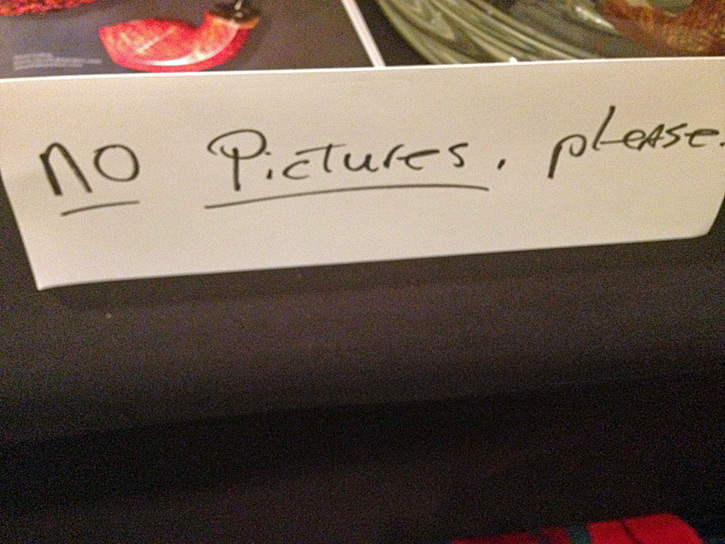 You’ll have to check them out at P&T!

We can report which pipe makers won the judging. The judges were the same distinguished pipe experts from last year; G. L. Pease, Tad Gage and George Dibos. The seven selected pipe makers are:

Saturday evening’s banquet featured a guest speaker some of you may have heard of: Greg Pease. He told quite an interesting and at times entertaining story about his humble beginnings, blending tobaccos in his kitchen, hand-sealing tins with a hand-cranked machine, and then meeting Craig Tarler of Cornell & Diehl. 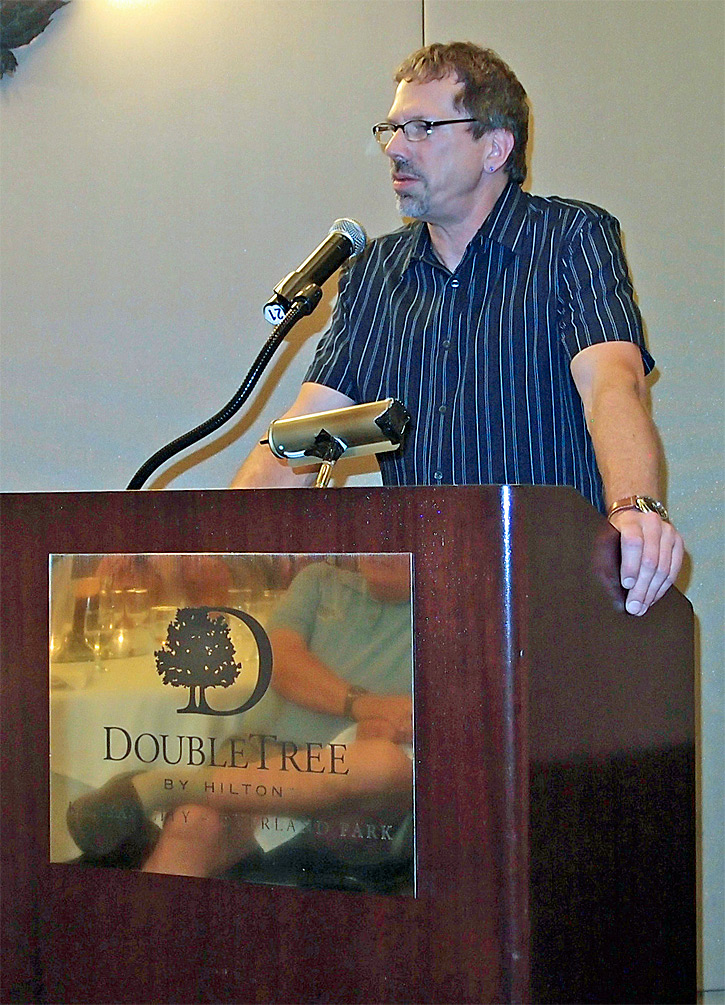 Gregory L. Pease was the Featured Speaker for the Saturday Dinner

While the full content of his speech is far too long to enumerate here, the most salient point he made was that of active participation and stewardship. We who attend pipe shows, participate in forums, and buy out entire shipments of imported tobaccos are but a tiny fraction of a miniscule percentage of the tobacco industry. 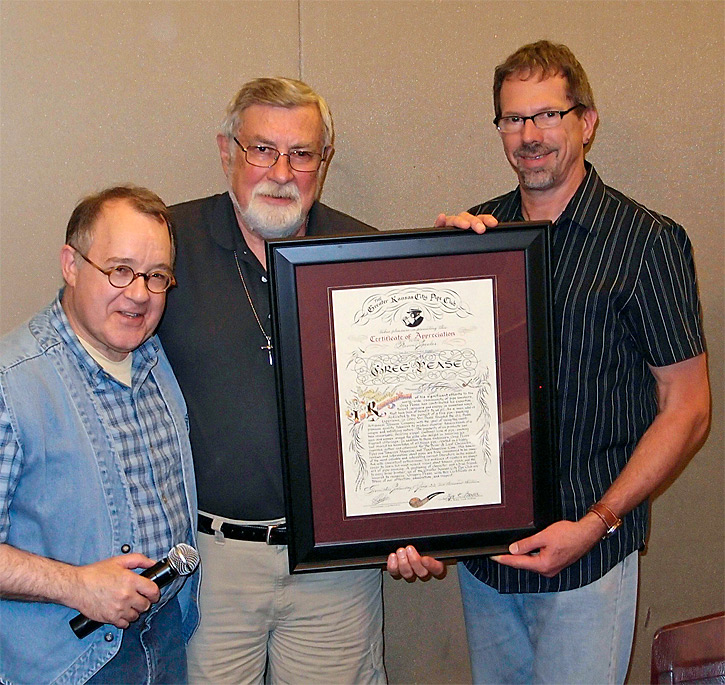 Without going into the entire story of how we arrived where we are today because of Big Tobacco and the Master Settlement Agreement, suffice it to say that our niche of tobacco enthusiasts are at a precarious crossroads: while we’re experiencing a renewed interest in the hobby and huge growth in blends and pipes, the industry is also under intense scrutiny and persecution from lawmakers and the corporate media. It was the announcement on Tuesday that the FDA had exercised, with debilitating sloth and oblique criteria, its newest purview governing the sale and marketing of tobacco, which firmed my decision to foray into a topic I am loathe to address; namely, politics. 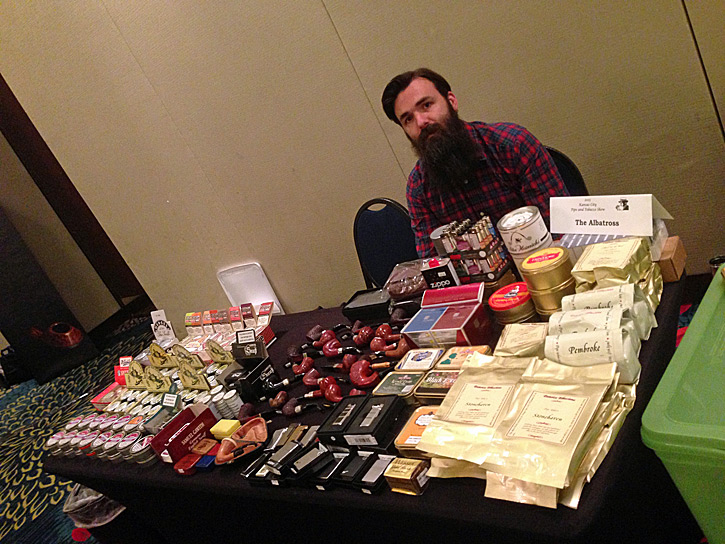 So THAT’s the guy with all the Penzance …

I spent quite a bit of time talking with Mark Ryan at the show, mainly because he’s an easy going fellow and a great storyteller. Mark is someone we all owe a debt of gratitude to, being the guy who saved Perique from its near demise. As a small business tobacco manufacturer, Mark is under the gun constantly, and a capricious gun it is. It was actually painful to hear how many times he’s had to reset his business to zero because of the vagaries of legislative updates. The FDA stepping in to pass sentence on what we are allowed is only the latest roadblock to face, which he admittedly is becoming more savvy at dealing with. Mark wasn’t the only one, though—every conversation at the show, and I do mean every single one, turned to politics as it relates to our hobby at some point. The fact that a legislative body which allows (and encourages) Big Pharma to load arsenic into animal feed is now holding court over tobacco is disconcerting; while we can all plainly admit that ingestion of burning plant matter may be detrimental to our health, the subject of industry pandering leaves a bad taste in our collective mouth that may be the worst case of tongue bite we’ll ever experience.

There are no easy answers to this very complex issue. As a society, we do benefit from industry oversight in the interest of public health and safety. The fact that the MSA opened up the Pandora’s box of liability for tobacco companies is, unfortunately, a double-edged sword. Yes, the advertising lied to us, for generations. Yes, smoking can be addictive and detrimental. Many behaviors can fall into this category, of course, but let’s stick to tobacco for now. The greatest damage done by the current attitude toward smoking, which is incidentally mainly focused on cigarette use, is that there hasn’t been a lot of legitimate science supported in several decades concerning the effects of different forms of tobacco use. Electronic cigarettes are a new development, and may be beneficial to the pipe tobacco industry because they have forced people to re-examine the varying levels of risk associated with our preferred method of nicotine delivery. Unfortunately it’s a daunting task to wade through all the spurious pseudo-science and outright propaganda proffered by agendists like the EPA and the WHO, who would have us believe that our genteel clouds of smoke are a death sentence for anyone within twenty paces.

So where am I going with all of this? Bear with me. In summation, the Kansas City show was a call to arms. Again, I want to echo Greg’s words to us at the banquet—that we, as pipe club members, tobacconists, or producers, owe a responsibility of participation and stewardship to ourselves and to initiates to the hobby. As he observed, the growing influx of new pipesters is by and large more educated about tobacco, about taste and terroir, and about the experience. The onus is on us to encourage, guide, and provide that camaraderie and brotherhood which we often refer to. The good news is, it’s happening already. I met Lyle Erickson at the KC show, an unassuming guy in his thirties who came to pipe smoking via a passion for wine and coffee. Not knowing any other pipe smokers in his area, he found community on the PipesMagazine.com forums. With his feet firmly wetted by the participation he found there, he then decided to create his own community, the Des Moines Pipe Club. This is exactly the sort of participation and activism that is a major step in ensuring that we’ll all be able to enjoy the tobaccos we love for years to come. 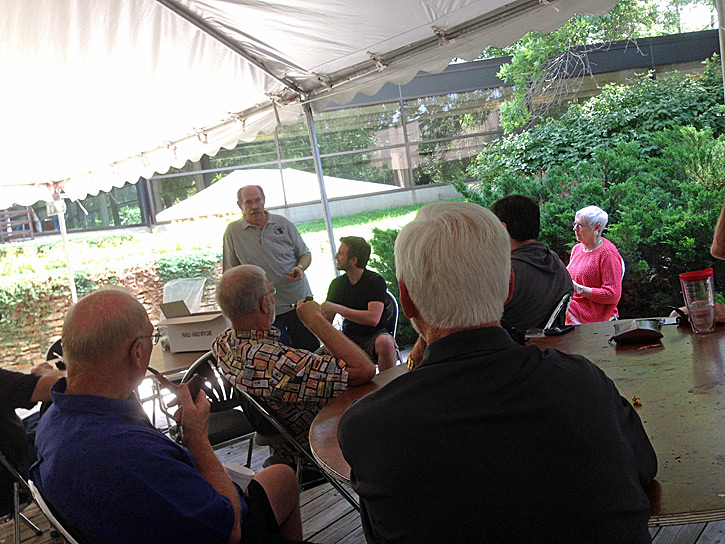 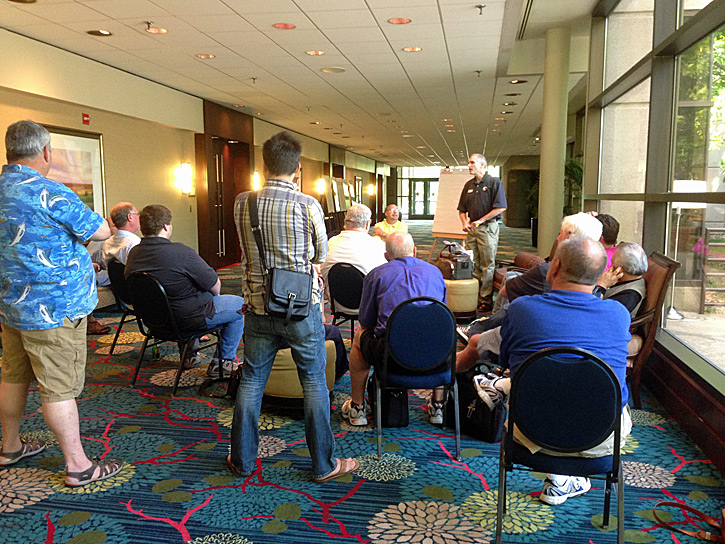 The Kansas City Show was a great time. It was well organized, filled with events, raffles and prizes, but at the same time it was a relaxed atmosphere. As is usual with all pipe shows, there’s was great camaraderie, excellent tobaccos, beautiful pipes, food, drink … and a trend from recent years continues – we are continuing to see more of the younger generation, and even more of the fairer sex. If you haven’t attended a pipe show, you are missing out. 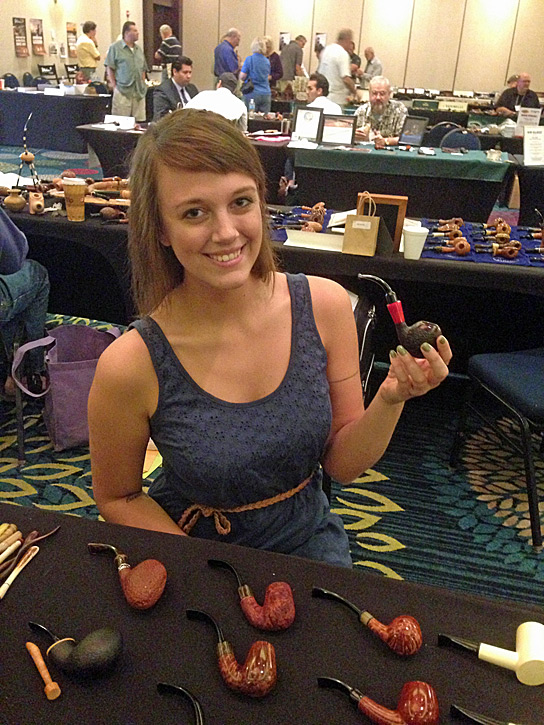