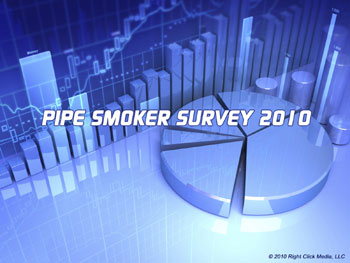 Last year, in September 2010, PipesMagazine.com conducted a survey of 867 pipe smokers. We are not aware of any other present-day market research available for this micro-niche market, with one exception. Dr. Michael Garr is director of the Wilkes University Survey Research Center. He is also a pipe smoker and member of the online pipe community known as "Doc Garr". He is a highly trained and skilled professional in surveys and market research. He conducted a survey a few years ago of 339 pipe smokers.

It is his original survey, along with his assistance and mentoring, that our new study was based on. The reason for the delay in publishing the results is that we desired to produce the final report in a high quality glossy format with striking graphics. Although we used the most professional software for processing the results, it produces what we felt were unsightly charts and graphs. Now, a year later, with only half of the report re-designed to look pretty, we have decided to no longer withhold the results and make them available in their original form. Below is an example of the type of charts we were creating from scratch to look nice. 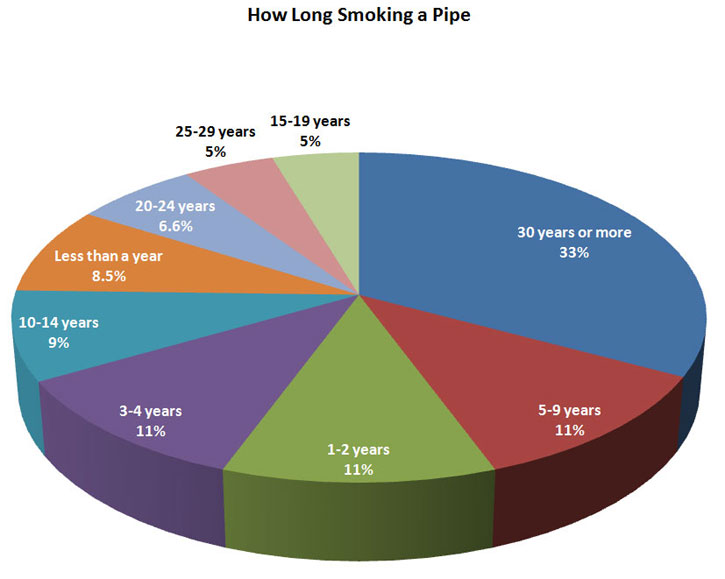 Aside from looking attractive, another element that will be missing from the raw report is additional analytical and editorial information. For example, we feel it is important to add comments to some of the results, like question number 3, which asks; What / Who influenced you to start smoking a pipe? 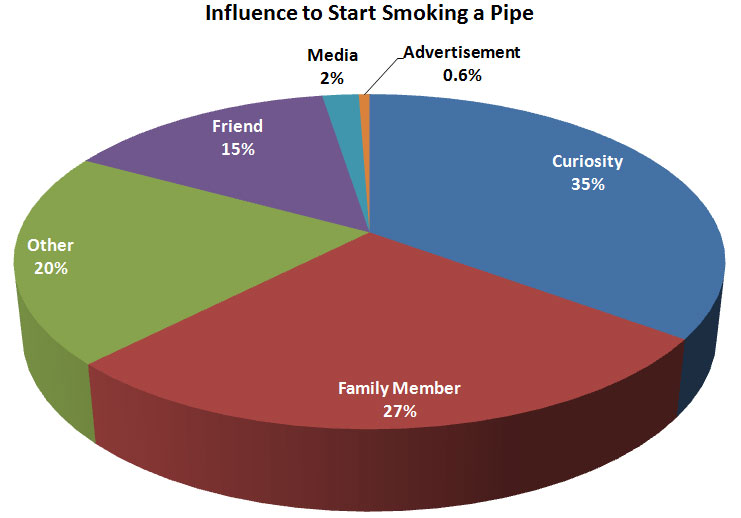 Without further adieu, we bring you the results of the Pipe Smoker Survey 2010 in a downloadable PDF.

You can view and download the Pipe Smoker Survey 2010 here.