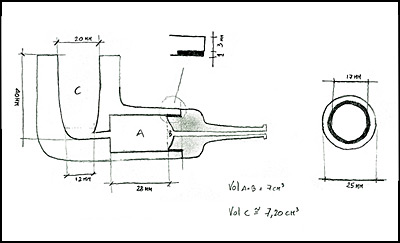 When Luca di Piazza, the owner of Neatpipes.com, sent this over this morning, the first thing we thought was; "What the heck is an ‘AeroBilliard’ and an ‘Inverted-Calabash’"?

First of all let me say that the pipe is made by Radice exclusively for Neatpipes as a natural evolution of the Neatpipes Chubby Billiard and Neatpipes Saddled Chubby Billiard. I started to think about these Inverted Calabashes, after visiting Rolando last October, when he gave me one of his calabashes. Then I saw a few of the Russian inverted calabashes at the St. Petersburg show in December. One night after I got home I suddenly woke up and I realized that I had to design my own "Inverted Chubby Billiard Calabash".

I started from a fixed point: the pipe should look like a normal Saddled Chubby Billiard. With this in mind I developed a technical sketch and began talking with Radice. He made a prototype for me that I smoked everyday for almost two months. It’s an amazing pipe. 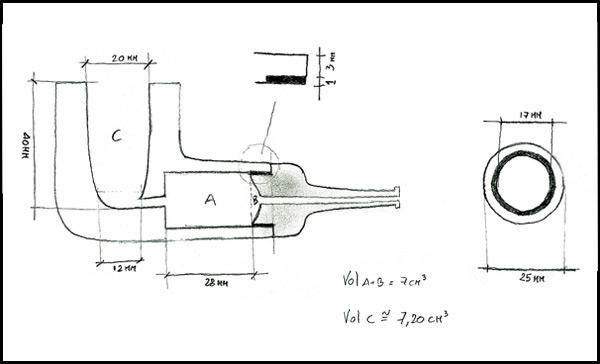 Then I considered the dimensions of my chubby Billiard with the saddled bit. It is approximately 107mm long with a 28mm shank (where it meets the bowl) and 25mm stem. I designed the new inverted calabash Chubby Billiard with a saddled bit in mind, starting from the idea that the new Chubby’s tobacco chamber should be approximately the same as the older Chubby saddle. The result is a slightly longer pipe (approx 112 mm long, including mouthpiece).

Now let’s talk about the calabash chamber. The shank of the AeroBilliard has the same size as the regular chubby billiard, but is 7 mm longer, or approximately 29mm in length. The cylindrical chamber is drilled at a diameter of 17mm. The walls of the shank are approximately 4mm where it meets the mouthpiece and approx 4.5mm where it meets the bowl. Having said all this, it’s important to remember that each pipe is unique and therefore the dimensions will vary slightly from pipe to pipe. 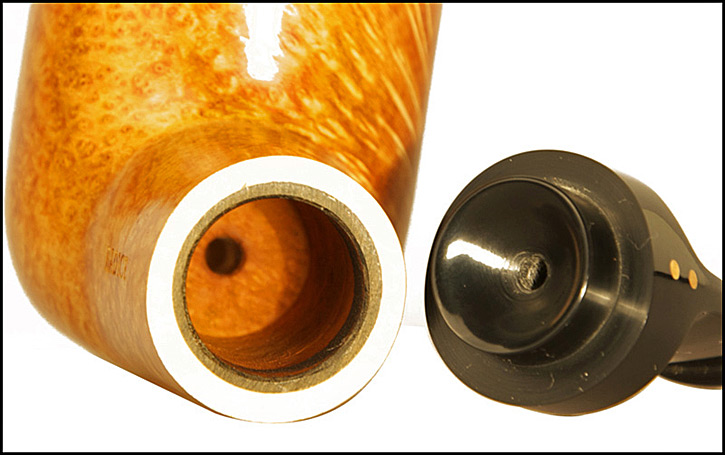 I didn’t design the chamber for any specific type of tobacco, I simply got the same dimension of the regular chubby saddled billiard and made it less deep in order to have the right centered connection with drilling.