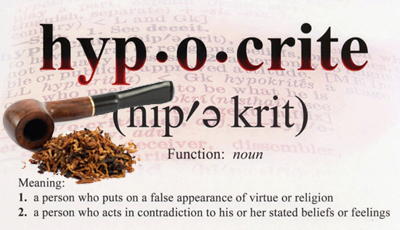 Boston, Mass. (PRWEB) – Apparently State Rep. Ted Speliotis doesn’t believe Massachusetts has gone far enough to control the lives of its citizens, but the International Premium Cigar & Pipe Retailers Association and its several dozen members statewide believe that the tipping point of public opinion has been reached against legislated deprivation of their individual rights.

Speliotis’ bill to essentially ban smoking within 25 feet of windows and entrances of buildings is expected to be reviewed this week at a State House hearing.

"People are complaining today that governments at all levels have gone too far by intruding on their lives and taking away more and more of their rights," said Chris McCalla, legislative director of the IPCPR. "Well, a smoking ban such as proposed by Speliotis only serves to embolden legislators to deprive more and more people of their rights in an ever widening variety of categories . That’s why smokers and non-smokers alike should take a stand against legislated smoking bans of any kind."

McCalla cites the Federal Reserve Bank which uses data supplied by the Bureau of Statistics to prove that jobs are lost and businesses are threatened in areas where smoking bans are tolerated.

Stephen Willett, owner of tobacconist L. J. Peretti Co., a family operated business in Boston for nearly 140 years, agrees. He is among the Massachusetts members of IPCPR who, along with their customers, are even more strident in their opposition to government control over lifestyle decisions.

"What hypocrisy! Many of the same state and federal legislators who vote for smoking bans or over-the-top tax increases on tobacco enjoy cigars and pipes or smoke cigarettes whenever they get a chance. Businesses should be left to decide for themselves to allow smoking or not and customers can patronize them or not. That’s the American way," said Willett.

"For nearly a century and a half, our business has survived wars, weather, depressions and other man-made and natural disasters. However, the recent actions of our local, state and federal governmental bodies have hurt us the most. They’ve raised tobacco taxes too high in order to pay for programs they can’t afford. They’ve restricted smoking or banned it outright in order to control us, which denies us of our constitutional rights," Willett said.

"Our customers are outraged and have reached the tipping point on issues like this that deprive them of their rights," he added

Stop the Lies Behind the Smoking Bans

Concerns Over Rights to Smoke in Military