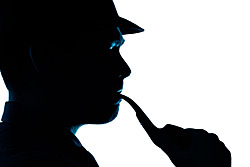 Some months back, I embarked on a little experiment, smoking three recently opened tins, and for reasons I can’t really explain (because I haven’t a clue), I alternated those three tobaccos in three different pipes. Despite the fact that I’ve always been a champion of seeking out those special pairings between a pipe and the tobaccos with which it performs best, I decided to try something different, and was a little surprised by the overall experience of this triple-triple-threat.

The tobaccos were all from my cellar, the fancy name for the stack of cardboard banker’s boxes that are filled with tins of aged or aging leaf, and were chosen by the whim of the day. I pulled out a 10 year old tin of Samarra, a five year old Abingdon, and a Lagonda that was less than a year old. At the point of manufacture, these three mixtures, though sharing many of the same ingredients, are distinct from one another. Lagonda is full, rich, slightly sweet; Abingdon is more direct, classically styled, dry and creamy; Samarra is a bit lighter, but more complex, exotic, and intriguing from the contribution of that wee bit of perique. When the influence of age is added into the picture, things become more interesting. Ten years have treated the Samarra really well. I remember going a little starry over a six year old tin a few years ago, but those extra four have just amplified the magic, turning the knob up to eleven. The younger Lagonda is just that; youthful, exuberant, still evolving. I love this mixture, and have always fount it a nice balance between the dark and light tobaccos. It fits wonderfully into that nebulous zone between medium and full, sometimes expressing itself a little more in one direction than the other.

The Abingdon, though, caught me off guard when I pulled the top. Some may have caught the hints of the inspiration behind this one when I’ve written about it in the past, but for the rest of you, here’s the back story. When I began to think about what I wanted to do with the Classic Collection, I had it in mind to pay tribute to some of the tobaccos of the past that had inspired me over the years—not to attempt their recreation, which is always something of a fool’s errand, but to produce blends that were reminiscent of what certain blends meant to me. 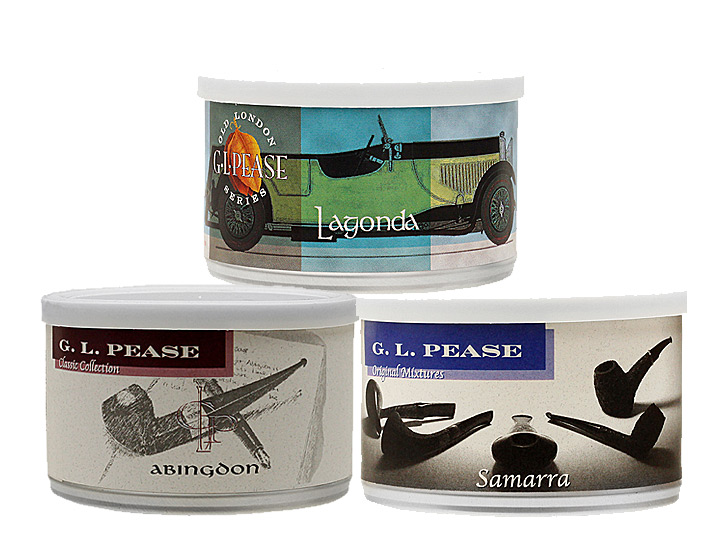 Blackpoint, for instance, was inspired by a friend’s opening and sharing with me of a dusty old 4oz tin of Balkan Sobranie 759. I included a little perique in my homage because that specific tin, freshly opened, offered up an aroma, a taste of something that reminded me of the stewed-fruitiness of Louisiana’s finest. Blackpoint was never meant to evoke the broader sense of 759, at least the 759 I smoked in the very early 1980s, (and I smoked a lot of it), but I wanted to catch just a spark of that single experience in a new mixture.

There were a handful of tobaccos that really captured my head and my heart in the earliest days of my pipe smoking: Garfinkel’s Orient Express #11, Dunhill’s London Mixture, Ardath’s State Express, the Celebrated Bengal Slices out of Sobranie House, and of course, their 759, which I preferred as a tie to the original "Smoking Mixture". There were others, of course, but I always had a tin of at least one of these staples open, and could rely on any of them for a great smoke.

It was my desire to paint something of a leaky memory picture of what the now old 759 was like in its relative youth that inspired me to concoct Abingdon. Pulling the lid off this tin a few years later, I was actually a bit surprised to find that the arrow may have landed a little closer to its target than I’d hoped. It made an ideal compliment to the other two for my exploration.

What about the pipes?

The first was one of the Pease/Di Piazza June Bugs, brought to life by Radice, this in a lovely brown Rind (rusticated) finish. I’d only smoked this one a couple of times. Second up, a beautiful 1985 Ashton sandblasted lovat that I’ve owned since it was new, but have rarely smoked, and it retains much of its newness. Third, a relatively recently acquired Castello Sea Rock #10, a gift from a friend, that I’d begun breaking in using the "By Thirds" method, putting fewer than a dozen bowls through it, but, for unknown reasons, then put in the rack where it sat, ignored. So, none of the pipes had yet been well seasoned, and since I’ve been on something of a mission over the past year or so to become better acquainted with the pipes that haven’t gotten enough love, I looked forward to spending some quality time with these three.

The idea was simple enough. Three tobaccos, three pipes, nine combinations. The results were interesting, though not completely unexpected. I’ve always held tightly the notion that every pipe has its own personality, and will bring out different nuances of the tobaccos we burn in them, and this exploration certainly bore that familiar fruit. There’s a particular high-sugar red virginia in Samarra, for instance, that when smoked in the Radice, plays its role too dramatically, to the point where I actually found it overbearing. The Ashton, despite having a similar chamber geometry, was deeper, darker tasting, delivering a beautifully balanced flavor to the same mixture. The tables turned with the Abingdon, though. which almost seemed too dark in the Ashton, but delightfully nuanced and luxurious in the June Bug. 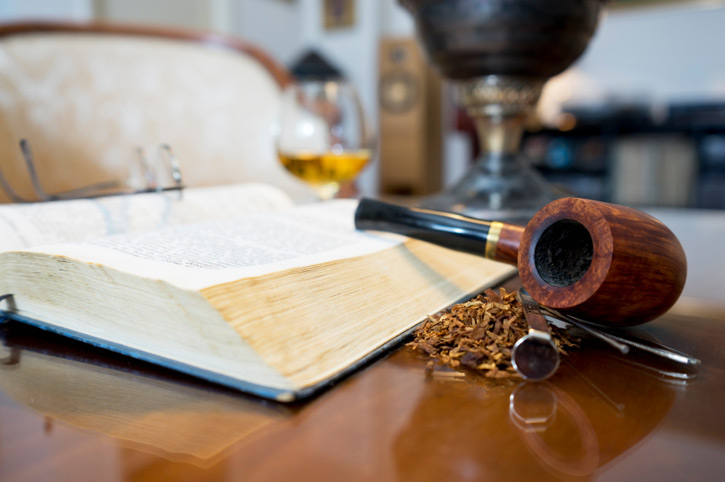 The Castello was a bit of an outlier. Normally, I think of the Castello signature taste, at least when not fully broken in, to be bright and sweet, almost strident, resulting in my tending to get them out of the gate with heavier blends. This one, though, was different. From the first bowl, its smoke was smooth and polished, not emphasizing any one aspect of the tobacco. It turned out to be an ideal companion to the other two on this journey, tasting great with both the Samarra and the Abingdon. Three pipes expressing two different tobaccos in distinctly unique ways. What about the newer Lagonda?

Here’s a blend that I find to be generally very forgiving. It’s one that’s not as sensitive to different pipes as the other two, so I expected a little more sameness between the three pipes, and after several bowls in each, that’s exactly what I got. The differences were still there, but they weren’t nearly as pronounced as they were with the other tobaccos.

Ah, the sweet mysteries of the briar. Each of these pipes turned out to be fine smokers, and each continued to exhibit their peculiarities in personality throughout the experiment. But, what’s the point of all of this? Simply that getting to know a tobacco or a pipe can have more to do with the interplay between fuel and vessel than we might reasonably expect, and that sometimes it’s just fun to play. That I got the opportunity to turn three somewhat neglected briars into favored companions is an added benefit. In the end, the Radice became my choice for Abingdon, the Ashton for Samarra, and the Castello absolutely sings with Lagonda.

Next time a pipe or a tobacco gives you grief, instead of putting it aside, change things up, and see if another combination might offer some hint of magic. Just don’t give up too soon. Do your own Three by Three experiment. Sometimes new friends are found in surprising places.