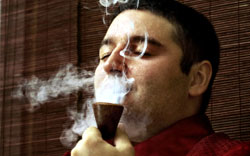 What makes a truly great, memorable smoke? I don’t mean the every day good smoke that we become accustomed to, but those stand-out smokes where everything comes together, and we find ourselves transported to the smoky experience of Pipe Nirvana. For nearly all the years I’ve been puffing away on these wonderful little bits of briar, I’ve wrestled with the question, trying to sort out a set of reliable predictors, some meaningful rationale behind what makes a particular pipe sing with a particular tobacco. I’m sure it’s happened to all of us, and if it hasn’t, it will. We light up a tobacco we know well in a pipe that’s familiar to us, but unacquainted with that tobacco, and something magical happens. Bells ring. Chemistry is in the air.

It’s that special moment when briar, leaf, mood all align in harmony with the full moon, and we have one of those memorable smokes that we wish would never end. But, the moon has a dark side, too, in whose shadow the opposite happens. We put a tobacco we enjoy, in a pipe that has always delivered the goods, and for some inexplicable reason, end up with a stinker of a smoke.

I had one of those special moments the other night. There’s this charming old Wilke author (shown below) that I’ve described as having some kind of briar bipolar disorder. It is without question the most finicky pipe I’ve ever owned. Under most circumstances, I’d have just gotten rid of the thing after the first few bad experiences, but there’s something about this pipe that compelled me to be forgiving of its quirky nature, and keep trying. Prior to that night, I had had some good smokes in it, and some terrible ones, but never a great one. Subconsciously, though, I seemed to know there was something special there that would, one day, be revealed. 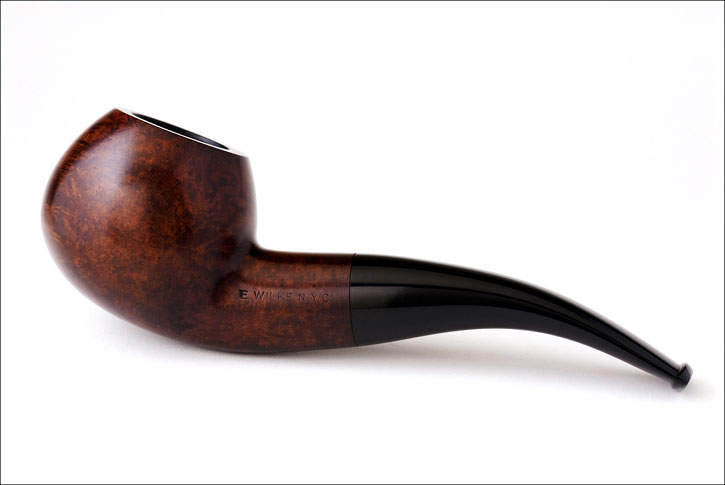 It turns out this pipe’s performance is not only style specific, but blend specific. It despises virginias of any sort, and, when filled with them, viciously delivers an acrid smoke that burns my tongue like the business end of a branding iron, offering nothing at all pleasant in the process. Rich, dark, Latakia laden mixtures are a different story. The first bowl of Abingdon I smoked in it was redeeming; the smoke was very good. After a rest, I went to another full Latakia mixture that I often enjoy and know well, with dreadful results. Huh? Back to Abingdon, and again, excellent. I’ve smoked a dozen or so different mixtures in the pipe since. It likes a few, is indifferent to most, and really despises a couple others. So, I’d found a blend that works with this pipe, but, what about that special moment? 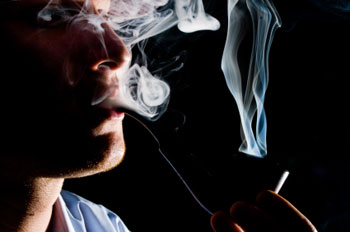 I’d been working on a new blend, and I decided to give it a go in the Wilke, to see how Mr. Finicky would like the new composition. The prototype blend had been a regular companion for a couple weeks, so I was quite familiar with it, and figured I knew what to expect. A quick fill. Grab a box of matches. Strike and light.

An absolutely brilliant smoke! And, subsequent smokes with the same blend have yielded similarly wonderful experiences. For me, for my packing and smoking style, for my peculiarities of preference, this high-strung little gem has become a one-tobacco pipe, at least for the time being. I can live with that, even if I cannot explain it. I would bet, though, that another smoker might have a completely different experience with it. This pipe certainly represents some sort of extreme. It’s the only one I’ve ever had that is so particular, and I think I’m glad about that, though when it’s giving me one of those exquisite smokes, I’m not so sure. It’s a Formula 1 car, a thoroughbred. It’s finicky, but I found something that works. I can live with that.

Many things influence our smoking experience. There are the obvious ones – the tobacco, the briar, the construction of the pipe, the way we’ve packed it, how we light the pipe, the depth and cadence of our puffing, the thickness of the cake. Other influences are less apparent, like what we’ve eaten, the vitamins we’re taking (a deficiency of zinc, for instance, has been implicated in some studies to interfere with taste sensitivity), the weather, even our mood and our expectations. It may be impossible to create an exhaustive list, and there’s probably little benefit in trying. Pipe smoking, from an analytical perspective, is a far more complex system than it may appear to be, involving a great many non-linear variables, some known, some unknown. We can try to apply science to the questions, but, unless we’re willing to naively accept reductionistic explication as a pipe smoker’s Universal Truth, all we can really hope for is a rudimentary understanding of small pieces of a big puzzle. 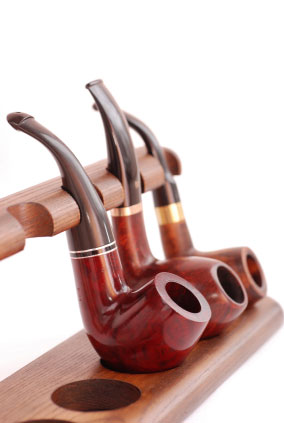 Behind the veil of our incomplete understanding, though, we can count on the more relativistic notion that there are combinations of pipe and tobacco, set and setting, that make special moments, and shouldn’t that be enough? Maybe so. Visiting the world of science behind our pastime may satisfy intellectual curiosity to some degree, but it probably does nothing to qualitatively enhance the enjoyment of our smokes. (I’ve often been accused of "over-thinking" things like this. So it goes.)

I have always put the wood far above the so-called "engineering" of a pipe when thinking about what might make it a good or bad smoker. Mis-drilled pipes can usually be corrected. Bad briar cannot. A poorly drilled pipe might gurgle, or be difficult to keep lit, or refuse to burn to the bottom, but bad wood simply tastes horrible. I’d rather use a box of matches and have a delicious smoke than have the pipe smoke itself and emit noxious combustion byproducts. Of course, the best of all worlds is great wood and great construction, and it’s a joy when that happens. We get caught up in the construction details because it’s the only thing that we can actually evaluate quantitatively. A few minutes examination, and you can tell whether a pipe is properly made. When examining a pipe, we take what we can get. The briar, on the other hand, doesn’t offer visible or measurable clues about how it will taste, and the variation of flavor can be dramatic.

The other night, I smoked the same tobacco in two very similar pipes – pipes from different makers, but with the same relative dimensions and internal construction, and had two very different smokes. Both were thoroughly enjoyable, but one was bright, sweet, almost citrusy, the other deep, dark, earthy and rich. It was like smoking two different blends. Both pipes are well broken in, and I’ve smoked the same type of blend in each from the beginning, so I’m reluctant to blame it on the haunting of previous ghosts. I’m left to believe that the briar continues to influence the taste of the tobacco even after many bowls. (For the record, I do keep the cake in my pipes trimmed to a very thin layer.)

On the dark side, I’m sure we’ve all had the experience of a terrible smoking pipe, one that would make even the best tobacco sting like a mouthful of angry hornets. I tried for over a year to "reform" one such pipe of its evil ways, even resorting to chemical treatments, and a variety of bowl coatings, only to finally give up and acknowledge that it was a pipe without any possibility of redemption. I finally gave it to a friend, telling him about the pipe’s year-long history with me. He now believes me insane; it smokes just fine for him. 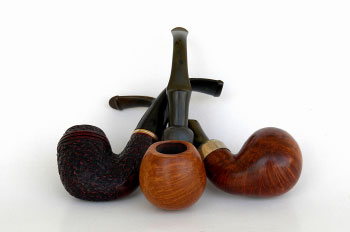 Some pipes can be smoked all day, while others get grouchy if they don’t get a good rest between smokes. One pipe likes one kind of tobacco, another deliver the goods with another style, while a third might taste great even filled with dried lawn clippings. There’s no end to the stories, and the only thread that reliably and consistently ties them together is that pipes are mysterious things. There’s certainly science behind this, but none of us are smart enough, at least given our current level of understanding, to convincingly map out very much of the territory. Arthur C. Clarke wrote, "Any sufficiently advanced technology is indistinguishable from magic." Though pipe smoking certainly isn’t advanced technology, the physics behind it are sufficiently complex that it might as well be. Relativism seems our only recourse. Either that, or simplistic reductionism. I’d choose the vagaries of the former over a fundamentalist’s adherence to the latter any day. Personally, I enjoy the mysteries. They add another dimension to the pleasure of the pastime. Every pipe is an individual, and getting to know them is part of the journey. Make friends with your pipes, and they’ll reward you in kind.