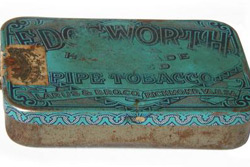 Over the years or decades that some of us have been pipe smokers, we’ve seen blends come, and more often go. For a variety of reasons, many great, and many more not-so-great blends have disappeared from the market. Some of these, the best, or best known, have been subsequently replaced by a parade of mass-produced caricatures of their namesakes. Or, they’ve served as inspiration for newer, craft-blended products that endeavor to stimulate reminiscences of days past by capturing some of their ancient alchemy. The rest, the more obscure majority, have quietly fallen into a dark pit of oblivion, leaving only their names remaining in the collective history of pipedom.

A couple years ago, I was given a tin of a wonderful old blend, one that hasn’t been produced in about 25 years, one that I had known well and enjoyed when it was still available, albeit somewhat infrequently. I was enthusiastic to have the opportunity to revisit an old acquaintance, spend some time in the company of once familiar memories, and revel in the changes to the mixture that time has wrought. There’s something about old tobaccos that inspires romantic notions about the past, and often leads some of us to conclude that the good old days of great tobaccos are far behind us. It may not be so simple. Were things really better then?

If I were to take this one tin of aged tobacco as the only indicator of the state of the pipe world, I might be inclined to think so. It’s probably not quite fair to review one of the many species of unobtainium that few amongst us will ever see, let alone smoke, but the experience was profound enough that a few words of reverie might be well spent.

Marlowe was one of the blends made by Robert McConnells in London for Garfinkel’s, a well known, traditional tobacconist’s shop that served Washington DC for decades, finally closing their doors for good in the late 1980s or early 1990s. As some may recall, my all time top-rated blend was their Orient Express #11, blended famously by Sobranie House, along with the similarly named #7 and #15, but the McConnell produced blends, which also included Ridgeway, Shottery, Armon, and a few others, were also superb. The old tin of Marlowe so generously given to me was no exception. It was a blend comprising a significant percentage of oriental leaf, a dose of Cypriot latakia, and a sturdy backbone of wonderful virginias, as only McConnell could do them. 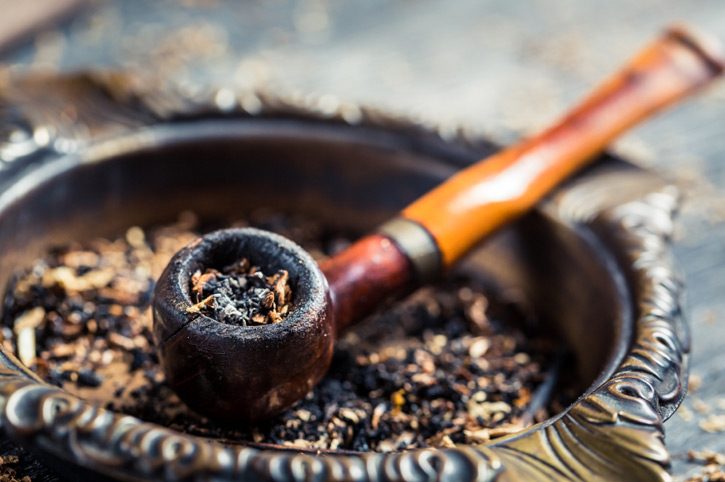 The aroma rushing from the tin as the seal was breached after all these years was fruity, ripe and rich. The pungent smokiness of the latakia had been softened by time, but the magic that time works on orientals and virginias was present in abundance. In the pipe, the sweetness on the palate was round and unctuous, slightly caramelized, like a silky crème brûlée. Fascinating whiffs of deep tobacco flavors mingled with spicy, slightly verdant notes, and delicately smoky, piney hints of the latakia’s presence. The tin aroma’s fruitiness was more subdued in the smoke, giving way to nuttiness and an almost bittersweet chocolate flavor. With each puff, something new revealed itself, then receded, making room for the next. This complexity, this fascinating dance of exotic tastes and aromas is what well-aged tobacco is all about, and that complexity, the myriad personalities that a single blend can present, the smoky invitation to deeper contemplation, even reverence is why I have collected old tins for almost as long as I’ve been smoking a pipe. It’s one of life’s special experiences.

Then, silently, with no hint that the end was near, no three-minute warning, in one final puff, it was over, leaving nothing but a sublime aftertaste, the memory of a great smoke, a little pile of ash, and, fortunately, a dozen more bowls in the tin.

And, they never did.

I remember smoking this blend in its relative youth. Back when I was trading with Garfinkel’s, I smoked through most of their catalogue, which is how I stumbled upon, and settled on the Orient Express #11 as my touchstone for latakia mixtures. Young Marlowe was exquisite, no doubt, but it wasn’t this. It couldn’t be. In fact, it’s likely that no one really knew they ever would be. Twenty five years ago, people didn’t think much about aging tobaccos for the long term. I learned about it from Robert Rex, then proprietor of Drucquer & Sons, who would pull tins out of production and age them for five years before selling them to the skeptic and the connoisseur at a premium. For the most part, though, you bought tobacco relatively fresh (imported tins, “aged” on container ships during their long voyage from the UK notwithstanding), you smoked it, and you bought some more. That was then.

Twenty-five years later, this blend had transformed into something magnificent, and smoking it today is a singular experience that cannot be replicated any other way. Even if we had access to the same leaf, the same formula, the same processing methods, the same atmosphere, the same water, we couldn’t recreate this tobacco today. If luck were our daily grace we might produce something that, 25 years from now, would evolve into something similar, but the variables are many, and any slight change today, when amplified by the passage of time, would result in something very different. Even two tins from the same vintage can exhibit noticeable divergence over time, partly from changes in storage conditions, partly from the influence of the fates; maybe more the latter than the former.

Newer smokers today have only the smoky reflections of old-timers and the easy access to old catalogues and other ephemera of the past to form their images of what it was like to be a pipe smoker “back in the day,” and whether or not it was really “better” then. 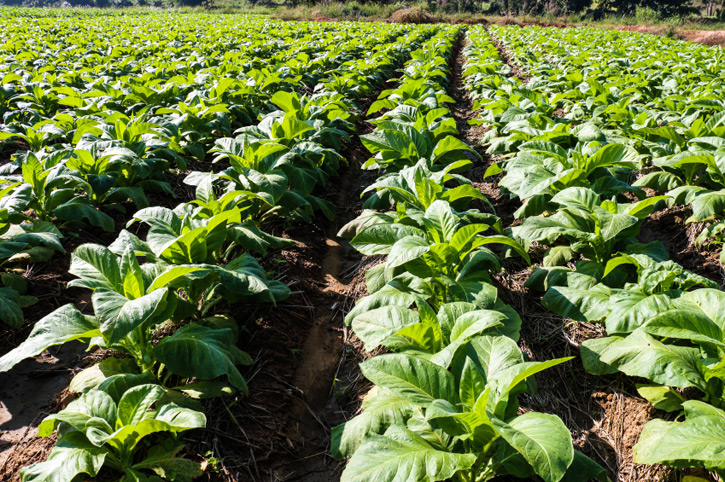 There were more of us, certainly. During the pipe’s peak, the number of pipe smokers was a couple orders of magnitude larger than it is today. There were tobacconists’ shops in every major city, and pipe tobacco was easy to find. Pipe smokers could puff away in public with few repercussions, and puff they did. We see them in movies, in magazine ads, in sitcoms, on the jackets of books and record albums and even in the comics. The pipe smoker was everywhere. The pipe smoker was everyman. And, no one took much notice. It wasn’t until our numbers declined dramatically, a downward trend that seems to have accelerated in the mid- to late-1970s, that we became outliers, and started hearing the comments. “How quaint. My grandfather smoked a pipe.” Yeah. The first time I heard those words, I was a 20 year old sprout, and though I felt at the time that I’d cultivated an air of tweedy sophistication with pipe in hand, suddenly, I felt like a dusty antique. I wonder if that would have happened “back in the day.” It’s impossible to know if it was better then, but it was certainly different. We might have fared a little better at fitting in with society at large, then. So well, in fact, that we would have virtually disappeared.

Things are never what they used to be, and like that old tin of Marlowe, probably never really were. Our recollections are colored by emotion, by history viewed through rosy spectacles of nostalgia, by experience. In a sense, we’re probably better off in some ways, today. Though there are fewer of us, our collective enthusiasm has likely never been greater. We can effortlessly connect with pipe smokers from every corner of the world who share our passions. We can hunt down and enjoy vintage tins of some of the classic tobaccos of olde, and, being that our ranks are smaller, there’s arguably less competition for those vintage tins when they do appear. Further, thanks to the wider distribution of products made possible by the Interwebs, we have access to a great variety of blends from all categories, including exciting, craft-blended boutique blends that would have been only regional delicacies just a couple decades ago. Granted, the genuine old Rattray’s, McConnell’s and Sobranie House products are gone, but some of today’s blends will evolve to become tomorrow’s classics, and those of us with the foresight to squirrel a few away will have the opportunity of reanimating our own histories as pipesters. We should revel in our time, shedding few tears for the past.

So, carpe diem. There’s nothing like the present to enjoy what we have, and it’s certainly more fulfilling than lamenting what we’re missing. I do occasionally long for some of the old blends, for sure, especially some of those that I wasn’t smart enough to stock up on, but I tend to treat these things the same way I treat vintage wines. Nothing lasts forever, so get as much enjoyment as you can out of it today. Next year, they might be different, or gone completely. Ashes to ashes.