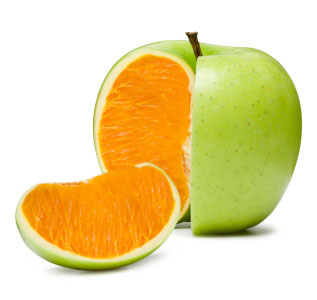 Just when I thought I’d heard it all, I see a headline from one of my favorite business news organizations, Bloomberg: Smokers In U.S. Switch To Pipes, Cigars From Cigarettes. It’s Déjà Vu all over again … and again, and again, and again! The CDC and the mainstream media keep reporting on the same thing over and over again, like it’s new news, and continually drone on and on with the same mantra of half-truths and outright falsehoods like they were inscribed on two stone tablets and brought down from Mount Sinai by Moses.

Smoking cigarettes is bad for you. We get it. No argument there. (Fascist Nanny States and the Falsehoods of second-hand smoke are beyond the scope of this editorial however.) But before I go on, let me clarify that I am writing from the perspective of what some industry people would refer to as "luxury tobacco" consumption, and the inappropriate and inaccurate misdeeds of lumping it in with all other tobaccos.

Luxury Tobacco as defined by Tobacconist University is: – Tobacco products which are created by master craftsmen utilizing premium quality tobacco and intended to be enjoyed while savoring your time. Luxury tobacco is never homogenized, commoditized, or used out of habit or addiction.

Cigarettes are basically a nicotine delivery device, and all mass-produced cigarettes have myriad chemical additives. In contrast, premium handmade cigars, and real pipe tobacco that is commonly smoked in briar pipes, corn cob pipes, and meerschaum pipes do not have chemical additives, and are not primarily consumed for the purpose of delivering nicotine to the bloodstream. Rather, they are enjoyed usually during leisure time for the primary, and almost sole pleasure of experiencing the flavor of the natural product. Most cigar and pipe smokers are not receiving much nicotine at all, and they are not interested in doing so. Cigarette smokers draw the smoke into their lungs for maximum nicotine absorption. Consumers of Premium Cigars and Real Pipe Tobacco DO NOT draw the smoke into their lungs. They taste it in their mouth, and then blow it out.

The tax parity issue between RYO and pipe tobacco has been going on since 2009, and we have reported on it many times in the last two and half years, so I won’t go into details on that here. Following are some links if you need to refresh your memory or get caught up on the past and current information.

The above all have to do with the tax parity issue.

Here are some regarding FDA regulation and "flavoring" –

Now, back to the current outlandish quotes and reporting –

First, let’s revisit the title of the Bloomberg article: "Pipes and Cigars Gain as Smokers Still Light Up". It sounds like there’s a substantial increase in people smoking pipes – real pipes that is, with real pipe tobacco. The truth is that approximately 98% of the increase in "pipe tobacco" consumption was NOT actual pipe tobacco. It was roll-your-own (RYO) cigarette tobacco mislabeled as pipe tobacco for the purpose of avoiding insanely high taxes. "Pipes" did not see a massive 482% increase as reported. A more accurate title for this article would be, "Fake Pipe Tobacco Used for Cigarettes and Cheap Machine-Made Cigars Sold at Convenience Stores and Gas Stations (which taste like crap), Are Now Being Consumed as Cigarette Substitutes Because Nicotine Addicts Can No Longer Afford Real Cigarettes Because Fascists and Nanny State Governments Are Successfully Taxing Them Out of Existence." – but that title is way too long.

The CDC report, Consumption of Cigarettes and Combustible Tobacco — United States, 2000–2011, itself is extremely flawed. Here’s a downloadable PDF for reference.

They have all the fake pipe tobacco, which is RYO cigarette tobacco, lumped in with real pipe tobacco, and they have completely false statements that the entire world takes as fact, such as:

"Smoke from pipes and cigars contains the same toxic chemicals as cigarette smoke." This is just plain FALSE.

"The evidence that the increase in cigar and pipe tobacco use is the result of offering cigarette smokers a low-priced alternative product is a particular public health concern, because the morbidity and mortality effects of other forms of combustible tobacco are similar to those of cigarettes." There are two problems with this one. 1. There is NOT an increase in pipe tobacco use. It is an increase in RYO cigarette tobacco use where the tobacco is mislabeled. 2. The general use of the word "cigar" is incorrect and misleading lumping all premium cigars into that statement. Premium cigars average $7 per cigar, and many retail for more than double that. There is no way they are being substituted for cigarettes, and they are an all natural product.

"Increasing prices has been one of the most effective ways to reduce tobacco use and prevent youth smoking initiation." "Youths" do not smoke tobacco pipes or premium cigars. They can’t afford them, they do not appeal to them, for the most part they are sold in professional retail tobacconists that will not sell to them because …. IT’S ALREADY AGAINST THE LAW! Hello!?!?!?!

I am completely flabbergasted that otherwise intelligent, rational, logical people will rally to the sensational ‘save the children!’ rhetoric trumpeted by organizations like the Campaign for Tobacco-Free Kids. It’s bizarre that the organization even exists. Why do we need a "Campaign for Tobacco-Free Kids" when it is already illegal for non-adults to purchase tobacco?

The CDC’s Terry Pechacek says, "We know that a very high proportion of youth are using this form of tobacco." Really? What is the definition of ‘youth’? Six, 7 or 8 year olds? 16 and 17 year olds? In the U.S. a person is considered legally an adult at the age of 18, but there is a huge difference in a 17-year old smoking and an 8-year old. What’s the definition of youth? What is a ‘high proportion of youth’? This report has nothing about under age smoking. However, another CDC report completely contradicts this statement and describes 12 – 17 year old youths as having a decline in all types of tobacco use, except for smokeless. You can see the text and graph here.

MORE READING  Proof That Tobacco Tax Increases Do Not Work

The current report and media coverage has zero to do with the real, small niche of actual true pipe smokers that smoke real pipe tobacco in briar, corn cob and meerschaum pipes. ZERO. I imagine that half the world, because of this over-the-top hyperbole, now pictures pipe smoking as heroin addiction gone pandemic… in the form of pipe tobacco.

It is ridiculous to the point of being absurd when compared to reality.

Santa Claus, The Easter Bunny and The Tooth Fairy are all more real than the melodramatic, completely misleading statements and quotes in the report and the media coverage of it.

Oh, and by the way, according to the report, total consumption of all smoked tobacco products combined (including cigarettes, RYO tobacco, pipe tobacco and cigars) declined by 27.5% between 2000 and 2011. So why don’t you just leave us alone and go hug a tree before global warming kills them all?