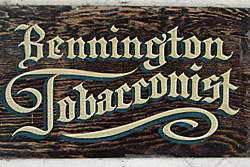 Bennington Tobacconist has been in business in the state of Florida for nearly 50-years. This second-generation family business was founded on the central west coast of Florida in 1965 by William Bennington. The original store is still located in the beautiful St. Armand’s Circle tourist area of Sarasota. Fifteen years after opening his first store, Mr. Bennington conducted a meticulous 3-year search and negotiations to open his second location in 1980. This location is in the swanky town of Boca Raton on the southeast coast of Florida. It’s quite an impressive feat for any small business to still be thriving after this many years. It’s even more remarkable if you’re a retail tobacconist in today’s ever-increasing climate of anti-smoking, anti-tobacco zealots with their jihad-like activism. Bennington’s must be doing something right though. I made a visit to the Boca Raton store recently and spent a few hours with the owner, Jim Bennington.

Bennington’s is an old-school tobacco shop—in a good way. They offer extremely knowledgeable and attentive service. Their walk-in humidor is filled with most of the major, and boutique cigar brands. The store is jam-packed with tons of pipes and several of the most popular tobacco trademarks—but you shouldn’t miss the house blends. Many of them have become nationally known, which is not common for a local business. Some retail tobacconists purchase pre-made bulk tobaccos and then just put their own names on them implying that they are their own store blends. This is not the case at Bennington’s. Their proprietary recipes date back decades and were developed with a deep knowledge and understanding of tobaccos. My three personal favorites are; No. 10, Bahia Apooke, No. 15, Balkan Mix (both excellent English-style mixtures which can be found here) and King William, (named after the founder of the business) a rich Virginia / Perique blend that can be ordered here. 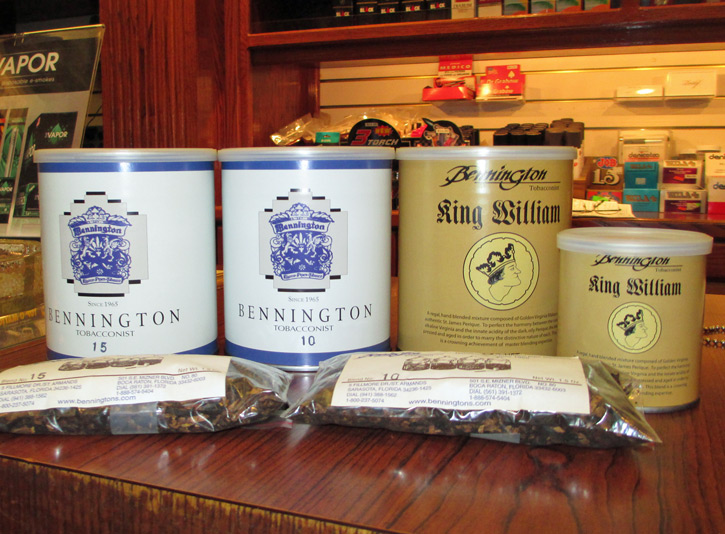 Jim Bennington has been involved in the business since he was a teenager. Working in the Sarasota store he learned how to blend tobaccos when he was a kid, and has been doing it ever since—with one small hiatus. When he grew up, he got a degree in engineering and went to work for Florida Power & Light … and hated it. He worked there in the 1970s, but when his family decided to expand the business in 1980, Jim dove back into the retail tobacco field.

The current Boca store had been a retail tobacco location decades prior to Bennington’s ownership. The owner of the former Nottingham Tobacco wanted to retire as far back as 1965, which is the same time the first Bennington’s opened. However, it took years for him to sell, and finally in 1980 he was bought out by Bennington. 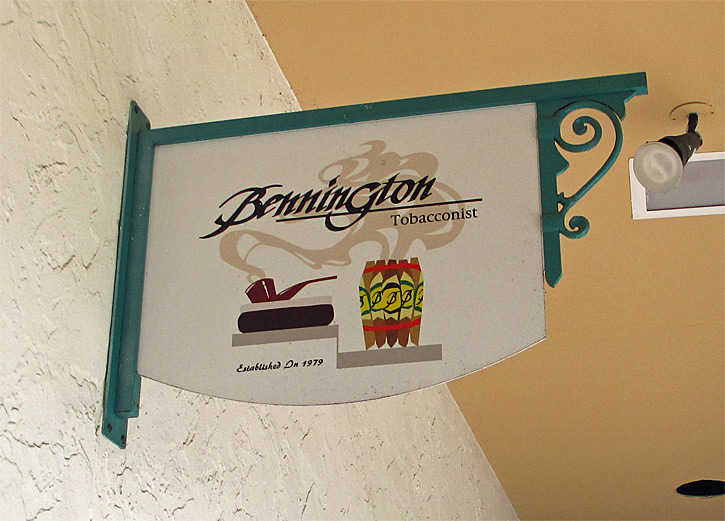 The business has evolved over the years in accordance with market trends. When the Boca location opened in 1980, pipes were their main focus until about 1984. Then they slowly transitioned from a pipe-focused store to a more cigar-centric location. Pipe sales slowed while cigars became more popular. From 1990-1993 there was a significant increase in the popularity of cigars. Then in 1994, Cigar Aficionado magazine debuted and "pushed cigars into the stratosphere—things exploded!" Jim proclaimed. Through the years of 1994-2000 cigars boomed. Back then, you could still smoke in bars and restaurants. There were cigar dinners and tasting events, which also helped fuel the boom. In 2003, Florida’s Clean Air Act "wiped out a lot of the restaurant and hotel business tied to cigars."

Bennington’s retail space, minus office and warehouse is 1,500 square feet. There is a nicely appointed smoking lounge with the obligatory plush leather chairs, magazines, newspapers, and HD TV. When asked to describe their selection of pipes and tobacco, Jim recites what he tells people that phone in to inquire about such.

"We get calls from Jupiter (FL) all the way down to the Keys. What I tell people is … if you come here and you are a pipe smoker, you are going to be in heaven."

There are 40 exclusive Bennington tobacco blends with many of them originating in the 1960s. Jim reminisces about his father taking apart Balkan Sobranie, separating the leaf and putting it under a magnifying glass to reverse engineer it into their own blend Number 15 Balkan Mix.

"If you wanted to open a tobacco store in the early ’60s, you had to be a real tobacconist. You had to do your own blending. There were no pre-mixes out there. Herman Lane (the late legendary founder of Lane Limited)  sent you formulas and you did your own blending." (Later, that changed and Lane now sells the blends already mixed.) 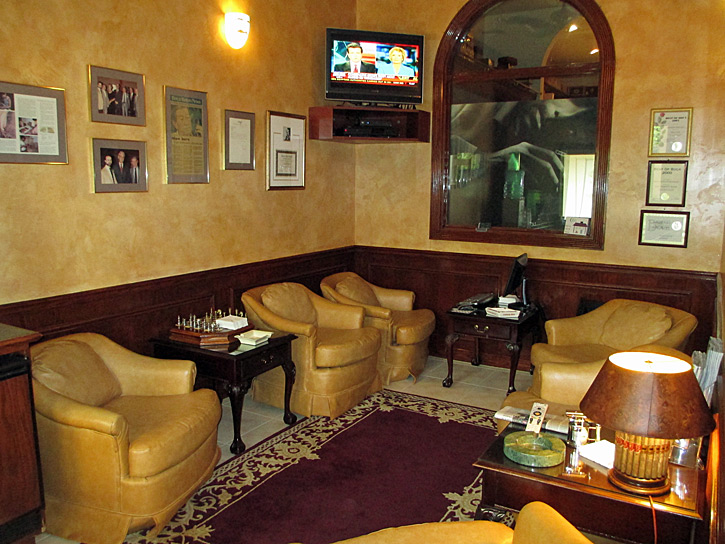 Another interesting factor that Jim explained is that aromatic tobaccos didn’t become popular until the 1970s. In the ’60s, they were blending English-style blends almost exclusively. During the 1970s there was a big push by the government to proclaim that cigarettes were unhealthy, warning labels started to appear on the packs, and many people transitioned into pipes. There was a significant up-tick in pipe smokers, and along with it came the popularity of aromatic pipe tobaccos.

"Pipe sales go in cycles. You can have Italian pipes ‘in’ for quite a while, and then they die out, and the Danish pipes are in, and then it can change over to German pipes … but the biggest trend I’ve seen in pipe sales over the past 15-years is the steady increase in individual pipe makers—that has exploded in the last 15-20 years."

"A trend I’m seeing in pipe tobaccos is an increase in English-Aromatics, such as adding Latakia and Perique to aromatic tobaccos."

Currently, pipes and pipe tobacco represent 20% of sales with most of the balance going to cigars. However, the pipe side of the business has been increasing in the last few years with more younger adults becoming interested in the pastime. A few years ago, Bennington’s average pipe customer was in his mid-40s to 50s to 60s. Now the clientele has a significant number of people in their 20s, dropping the mean age of pipe customers into the 30s.

"I’m actually a little embarrassed right now with all of the empty slots on my pipe board. We’ve been selling so many pipes to the 20-something year olds … At first, I thought it was for pot, but then I saw that they were buying tobacco and pipe cleaners and everything else… and they’re hanging out in the store asking questions. At first it was just one guy here and there, and I thought how cute … but now it’s a full blown river."

"It used to have a stigma associated with it, that it’s for my grandpa – it still does somewhat today, but that’s changing."

Pipe sales were up 17% last year, and they are already up another 17% in the first 6-months of this year. Pipes priced at $100 and under are the biggest sellers. The private-label Bennington branded pipes that sell in the $30 – $60 range represent a huge volume. Although it’s not easy being a brick & mortar retail tobacconist these days, Bennington’s is coming up on their 50th anniversary, and it seems like they will be here for decades to come. 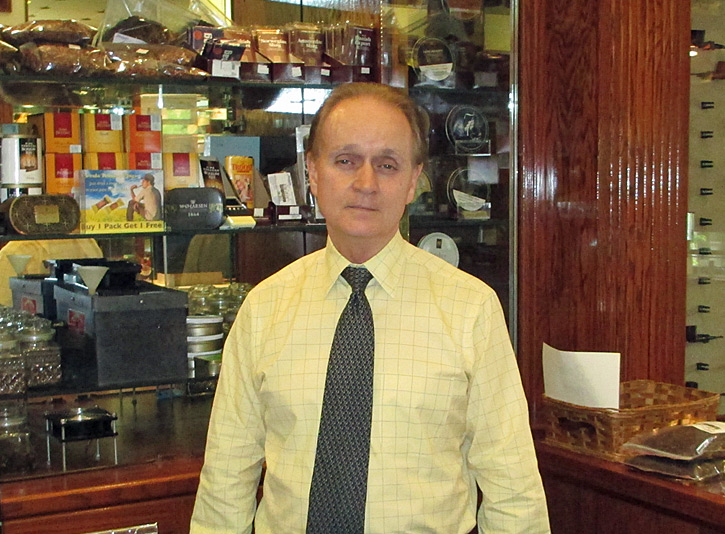